Every weekend soccer parents around the world gather on the sideline to watch their kids play.  You see and hear all kinds of personalities.  I bet you have more stories than I do.  What parents need to know is that the older and higher levels have a more chill sideline.  The younger kids parents are most verbally aggressive.  The reason is lack of experience and knowledge.  Below you’ll learn what to expect at each age in regards to training and development.  You’ll discover how soccer parents should behave, communicate and support our soccer kids.

Age doesn’t matter when it comes to skills

One reason I am writing this article is to help soccer parents understand that training with older kids isn’t the best way to improve.  I promise you that when it comes to skills training, age doesn’t matter like many people think.  There are 10 year old kids who are technically better than 16 year olds.

An example of how size/speed doesn’t matter as much as you’d think.  Imagine Olympic sprinters or NFL guys playing soccer against a good high school soccer team…  Even though age, size, speed would be advantage to the NFL or Track athletes, the HS team would win.  The reason is because of the ball control.  Nobody is faster than the ball, so if you move the ball, you’ll win the game.

So don’t be the soccer parent who think your kid has to practice with older kids to get better.  Sure if these futbol kids are playing a real game or doing 1v1 opposed training, the older one has the advantage mainly due to size and speed, along with both being similar in skill.   Maybe the younger player has better skill, but when fighting for the ball the older bigger player has the advantage.   It all depends on if it’s unopposed skills training or actual opposed game type play. 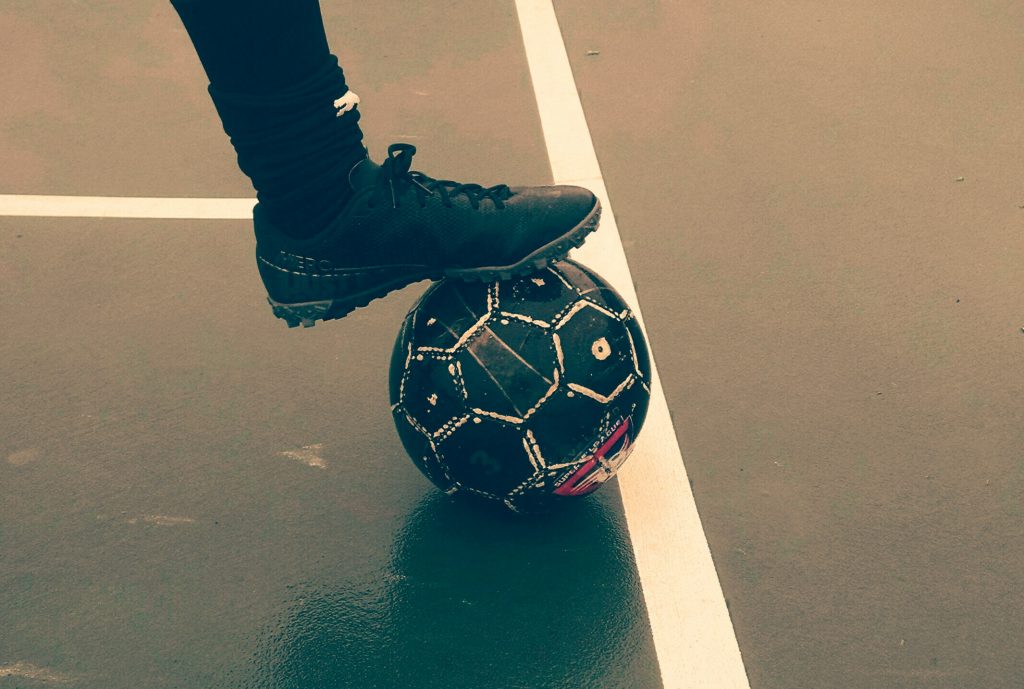 Let the kids play without controlling their every move

One thing you will realize is that soccer parents that played college or pro are the ones who say the least on the sideline.  Just like in basketball, parents shouldn’t be yelling “shoot” because there are times where the kids might have a different idea.  Example: I remember knowing that I could and maybe should shoot, but sometimes the ball is too close or under the player.  So the players sometimes want to take one or two more dribbles before getting a shot.

Now I’m not saying the parents are wrong in their thinking, just in actions sometimes.  The kids do need to shoot earlier at times, but we as sports parents need to let them play.  The coach is the only one who should be telling the kids what to do.

This isn’t the only method, but is something they do.  The reason is because often times when the kids are all the same age the smaller technical player can’t improve as fast because they go up against bigger/faster kids who maybe can’t pass the ball very well.

If you put smaller more skillful kids together they can play great futbol because the passes are more accurate.  This means they can posses the ball better, connecting more passes (better speed of play).   Of course scoring goals is how you win games, but I don’t enjoy watching soccer/futbol unless there are passes being connected.  Most U16 high level youth soccer still doesn’t look good because they have a hard time consistently connecting more than 4 passes.

Argentina has another method, opposite from what Canada and U.S. do is the specialization development model, (article from soccer fitness gols) where kids play every day – year round.  This gives no time for other sports.  It’s how most countries bring up their youths and why they are much better at futbol.   Growing up (till 9th grade/age 14) I playing 3 different sports and also let my kids experience the many sports.  I’m not trying to raise/develop pro soccer players, instead want my own kids to find their passions through experiencing them.  If you have a kid who is 8 or 9 and absolutely loves only soccer and nothing else, go for it, but most kids don’t yet know. 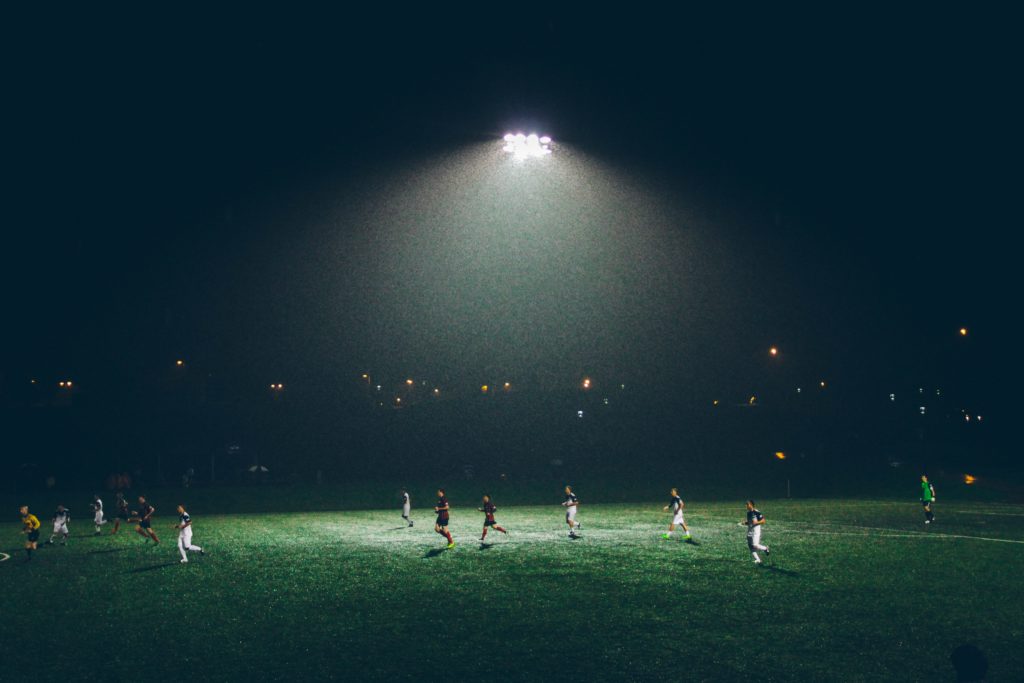 There are a ton of leagues and levels

Again depending on where you live depends on the number of options.  Big cities in America offer too many leagues honestly.  I don’t even try to keep up anymore because the leagues change every other year.  In Dallas/FW where I live is a top 3 youth soccer city.  Southern and Northern California, NY/NJ, Northern Virginia have top level soccer too.  Though there are good teams and players in just about every state nowadays.

In other Countries like Iceland and Croatia there is not much population compared to U.S. but look how good they are.  One reason smaller countries do well is because all the players are getting good coaching.  In American soccer most kids are not getting good coaching. The reason is because there are so many kids playing, forcing a lot of coaches (soccer parents) who have zero playing and coaching experience.  Even with a few years of experience there is still a ton to learn and know.

I’ll never forget a kid I met (Matthew) when he was 14 years old…  He had dreams to play college, but he lived in small town 2 hours from Dallas, TX.  His hometown didn’t even have a HS team.  We met through my wife’s family during holiday break.  A few months later I came down to do a camp with his teammates, showing them everything I knew!  Matthew took what he learned and used it to his advantage. Long story short, Matthew’s parents would drive him 2 hours to practice 2x a week to Dallas.  Each season he moved up to a better league.  He would later play college soccer, fulfilling his dreams. Hard work and the right training methods helped him achieve his goals.

Don’t be the parent that complains to the ref every game or play.  The refs are going to make mistakes just like the players.  I get it, there are times when refs really make bad mistakes, but don’t be the one constantly yelling.  This makes you look bad and probably is embarrassing to your kid.  Think about what your kid will look back and think 15 years from now.  Hopefully you supporting and encouraging them.

Positive things to say should be, good hustle, nice try, great job, unlucky…  These are all things to say during a game.  What not say:  Shoot, pass, dribble, c’mon. Anything negative or telling the player what to do with the ball.  You may be correct in your thinking, but in soccer there are usually 3 or more good choices in almost every situation. 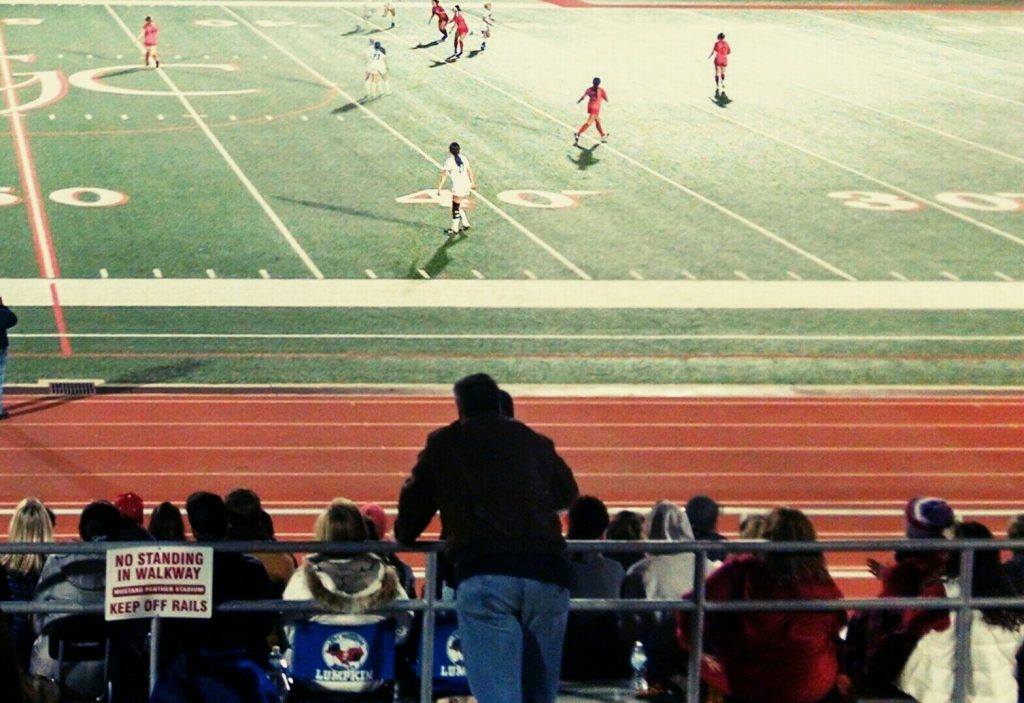