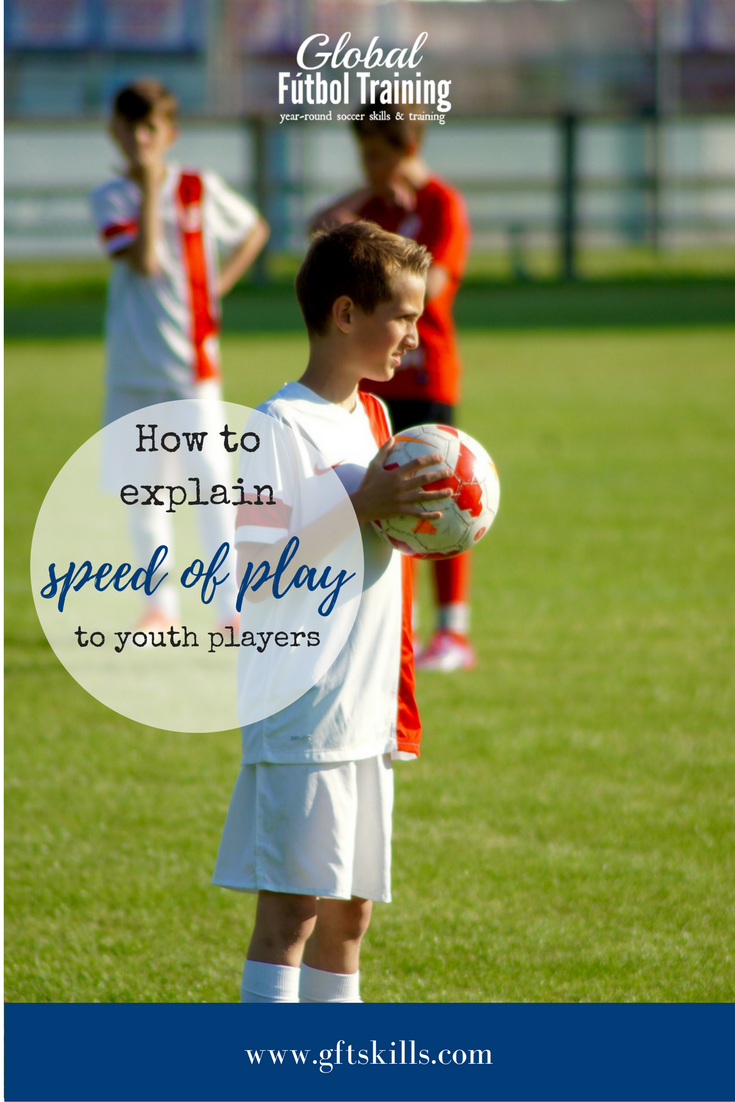 The other day I was watching a Champions League Match on TV between Benfica (Portugal Club) & Dortmund (German Club). The speed of play was so fast & intense. These world class pros are so much better than most people will ever know. If you as a player can get rid of the ball within 2 seconds, and complete your pass you are doing great. Yes, sometimes we need to dribble or hold on to the ball, but most of the time you receive & distribute consistently. Note: This post contains some affiliate links for your convenience. Click here to read my full disclosure policy.

Hard work is so impressive to watch

The first thing that impresses me in high level soccer is the 100% effort the whole game.

If you see players on the ball you don’t see them being casual. Unless it’s one of your superstars like Neymar, Ronaldo, Mbappe who have the speed and skills to be able to slow a moment up if they want.

This means they can actually slow down the speed of play, but the fact that they keep possession and create chances makes it OK. 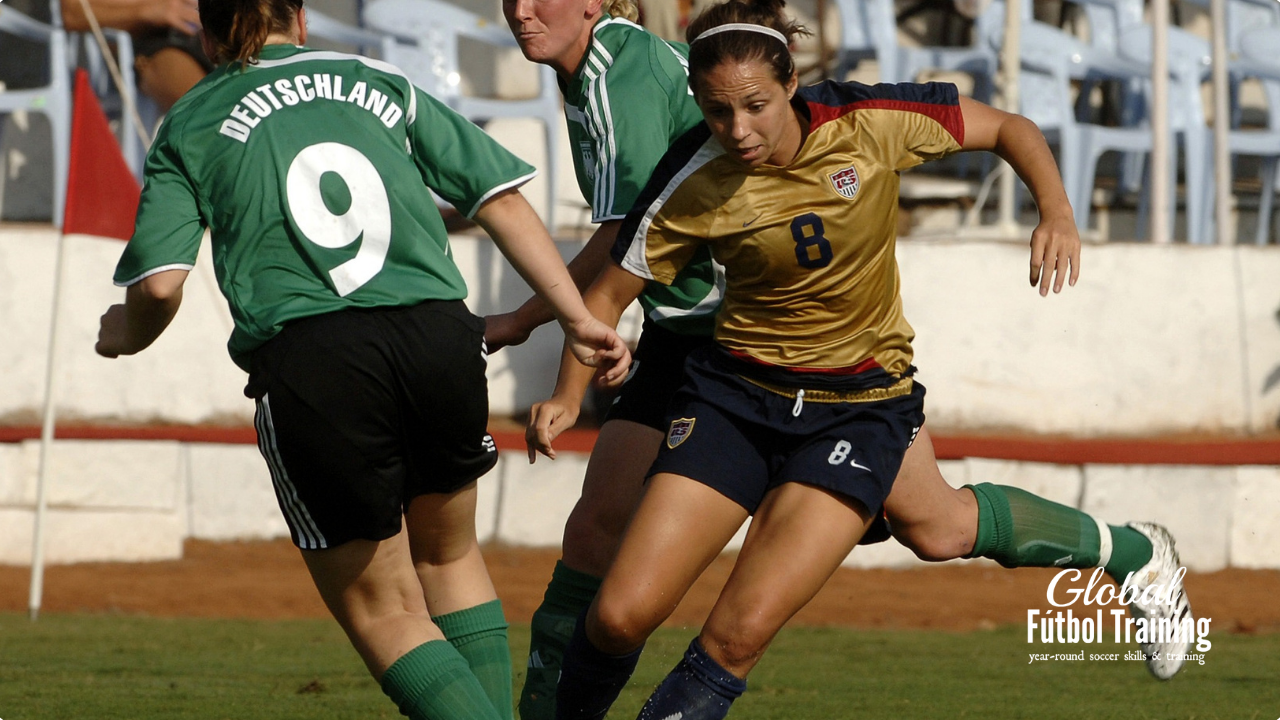 Second thing that impresses me is the skill that they perform under immense pressure.

When a defender or midfielder has the ball in their defensive third, and players are able to keep composure with perfect passes.

Anybody can just clear the ball and kick it far.

To be able to have the vision & passing skills to get out of pressure, and of course, movement off the ball is impressive.

Speed of play from Arsenal FC Academy vs FCD

In this game below, you’ll see Arsenal FC U19’s in yellow possessing the ball before scoring a goal.

After 20 seconds into the video Arsenal win the ball back.

Each player is comfortable on the ball, not panicking, yet not keeping it more than 2 seconds.

The 1 touch passes are the hardest to defend because no matter how fast a defender is you can’t outrun the ball.

Players who are teachable (coachable)

To learn, I always am asking players questions to see what they know.

This way I can teach them what they don’t know.

Kids act like they know but they don’t know so I make sure I ask them to explain. They will often say “Yes, I know that.” So I will ask them to share their knowledge and oftentimes they say “Oh, well, never mind I don’t know.”

We have to teach our youth to be teachable! Admitting they don't know the answer is not a character flaw - it's a character builder!Click To Tweet

What ‘Speed of Play’ is NOT

How to explain speed of play to youth soccer players

Speed of play is a quick release time + the movement of the ball being passed from player to player, usually using 1 or 2 Touch passing to possess the ball, with players who can get rid of the ball within 2 seconds.

When a team is playing with good speed of play you can actually hear, see & feel the tempo.

Whether it be a 1-Touch pass or a Trap then a pass, these will be what you want for speed of play.

With 2-Touch you want to be comfortable with the time and steps between the first touch and the pass/shot.

Most often there should only be a time of only 2 seconds on the ball.

If you watch good soccer you will see there is 1 common thing going on, which is the time each player spend with the ball.

When you see a team possessing the ball, you will notice that 80% of the time the player get rid of the ball within 2 seconds, sometimes faster.

If they spend 3 seconds or more it slows up the speed of play and usually drives the coach crazy.

So people who dribble all the time they are slowing the tempo up, though there are times where a player needs to dribble/hold the ball.

There are the times when a player is waiting for a window/space/gap to open up a deadly pass. Another good time a player needs to dribble is when a team cannot keep possession.

You just need someone to make a play and open things up.

Playing 1-Touch Soccer is by far the hardest thing in soccer.

Even Spain has to trap the ball after 2 or 3 passes.

You just don’t see teams making 1 touch passes 4 times in a row and hardly even 3 passes. 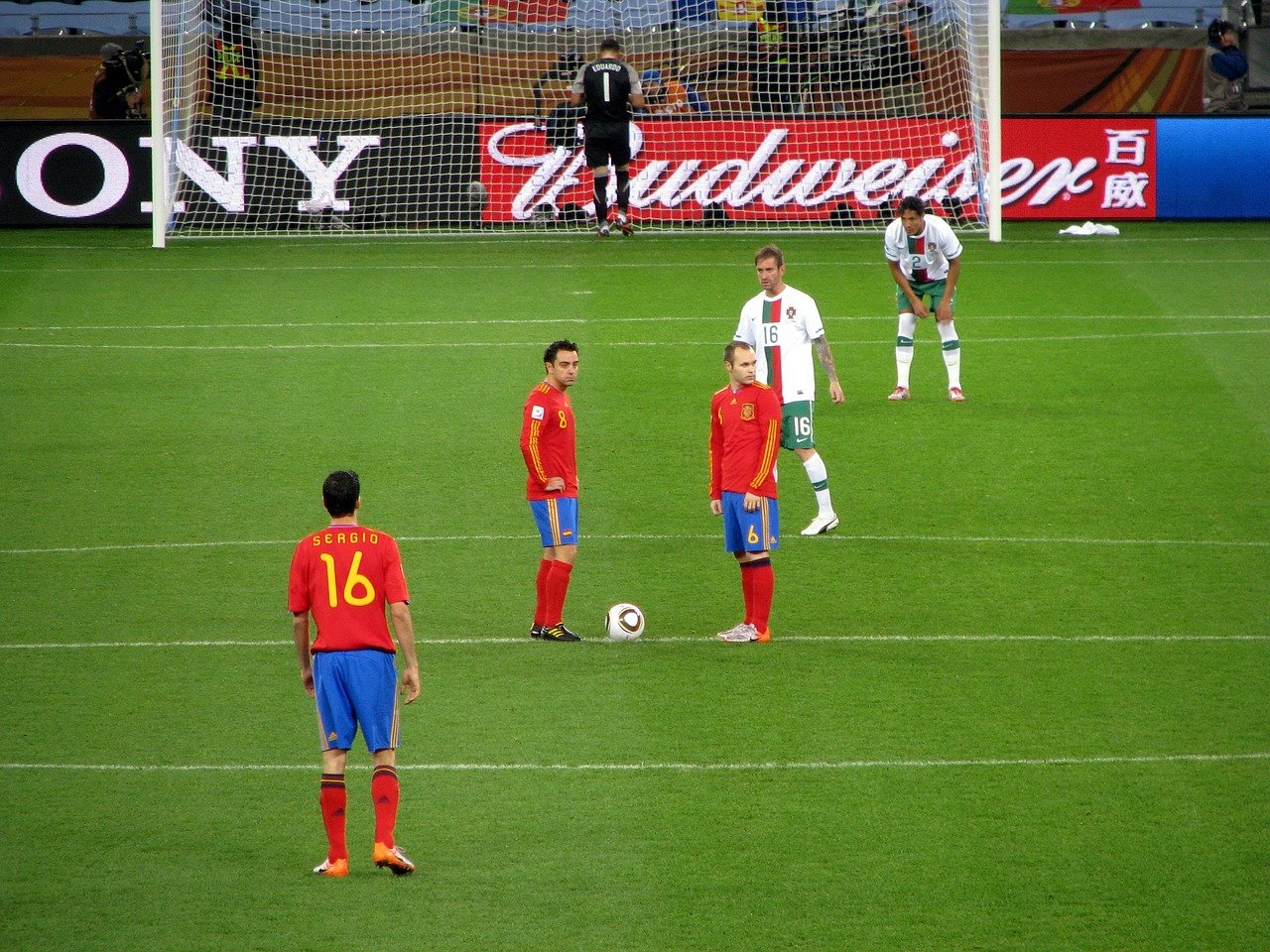 Recap on good ‘speed of play’

It’s not like it’s that technical and it’s not like 1 second is better than 2. That all depends on the situation, which there are many.

The 2 second deal goes for pro players all the way down to a young skillful youth level.

That’s okay, they need to keep their focus on keeping the ball not necessarily how fast it is.

They are still learning so much that you can’t expect greatness yet! 🙂

So for young players under 10 years old or even older players lacking skill, 3 seconds would be a fast release time.

3 reasons kids don’t know what speed of play is in soccer: 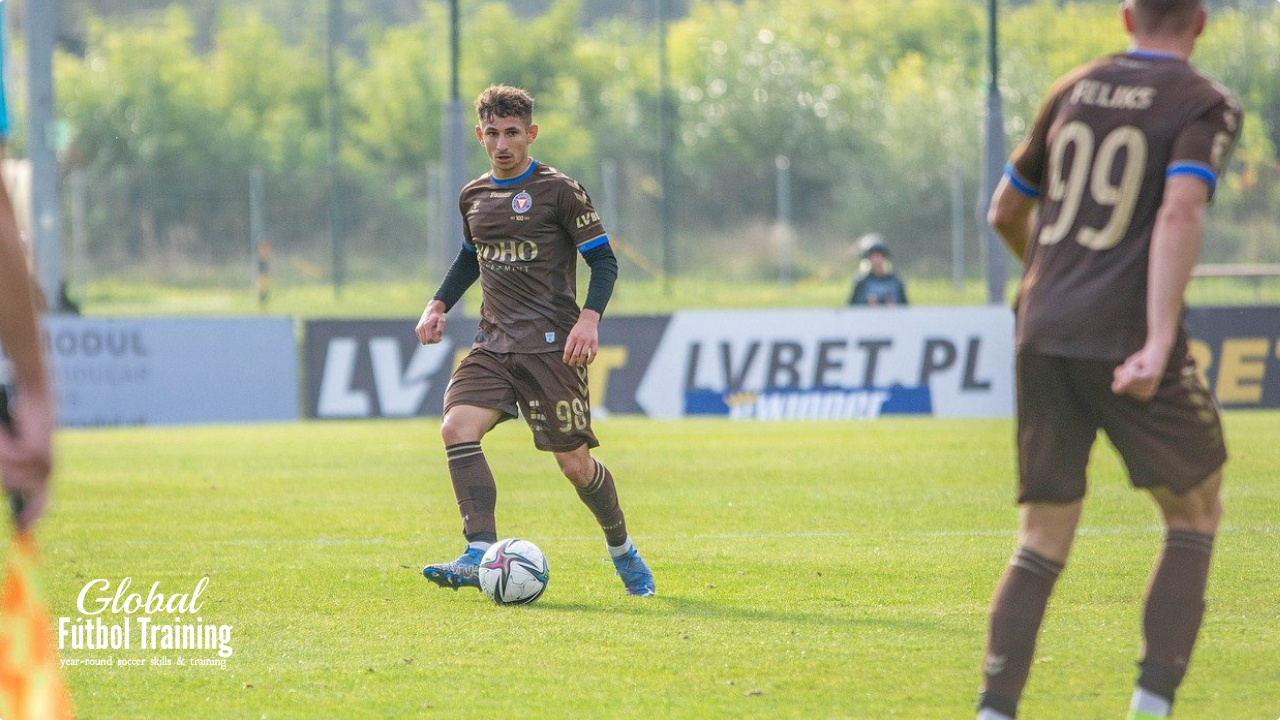 Many youth players today don’t understand the difference and how intense the game needs to be played. I’m sure you can relate to this parents and coaches especially.

If a player has control he or she doesn’t have to move and react as fast because they don’t have to chase the loose balls.

Also, players with control don’t have as much pressure, because the defenders recognize that a controlled ball is harder to win than a loose ball.

Coaches want to have fun

Working with Small Groups, I love to work on ‘Speed of Play’ because it’s such a beautiful thing to watch and hear.

Recently I saw an interview with Pep Guardiola (World Class Manager). He said he wants the players to play a certain way because he wants to have fun too.  Meaning he wants to see a certain style of futbol.

Pep also gives them freedom to do what they want to do, but only in certain parts of the field.

When I heard him say that it made me smile inside because this is the way I feel too.

Most coaches feels this.

A coach wants a team or group to perform a certain way and when they do it’s so fun for the coach, players and fans/parents.

Hearing the tempo / speed of play

When you hear the speed of play, this means you can hear the sound of the ball hitting the boot/shoe of the players.

If the player traps the ball then they have to pass, you hear those two sounds of the boot connecting with the ball.

If a player uses a 1-Touch Pass then you hear only that 1 Sound.

When you hear a combination of 1-Touch Passes over and over it’s such a beautiful thing to HEAR and SEE.

3 ways to practice ‘speed of play’

You will get there

Once your passing skills are sharp, you need to be put in a game like situation.

You can have the best skill in the world but you also need fast-paced training.  This way you deal with the feelings of pressure.

Your brain will be up to speed for this. To learn more, read this article I wrote on opposed vs unopposed training.

Good news is you guys are going to get there!

Most important part is the technical ability and then once you get put in the situation, you will get used to it within a few weeks/months.