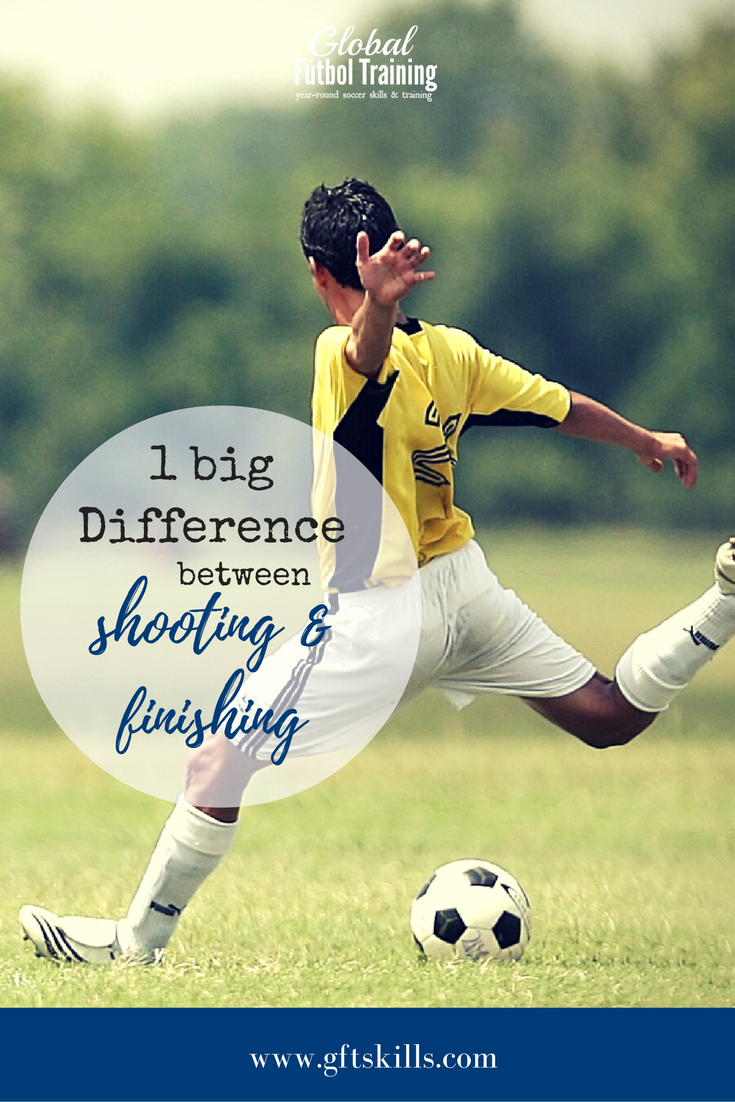 Shooting and Finishing in soccer are two technical terms that are often lumped together. It’s important that you know the difference.  Players often times become better at “shooting” before finishing, because anyone can practice shooting on your own. Finishing often comes when there is a ball crosses in or played between the defenders, for the forward to score. Becoming good at finishing takes time and usually requires a partner to work with.  This is another reason you don’t see too many clinical finishers, because it’s hard to get reps by yourself.  Note: This post contains some affiliate links for your convenience. Click here to read my full disclosure policy.

Difference in shooting and finishing in soccer

Finishing is where you are usually closer to the goal.  Many of the chances are from balls crossed (passed) in.

Shooting is when you usually are taking a long shot and many times are not successful in scoring.

Finishing is plain and simple, you finish (score a goal). Shooting is more like a “I hope it goes in.” 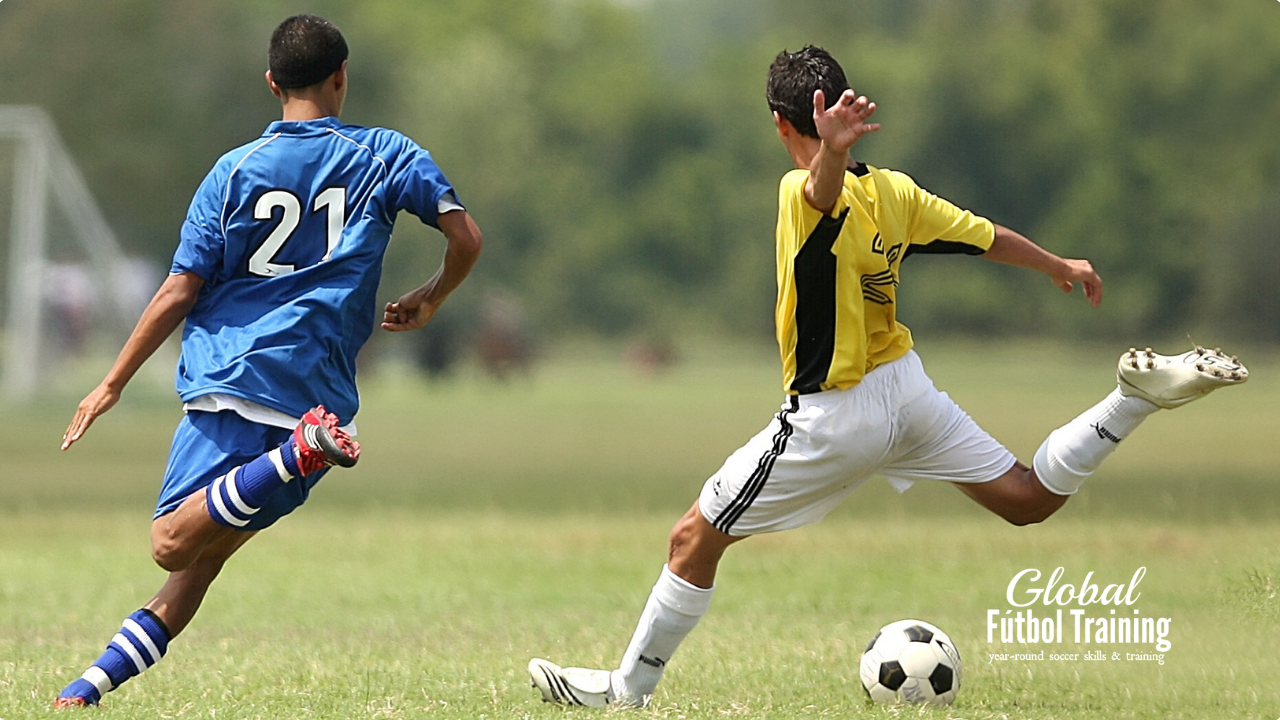 Quick hints on how to improve quicker

With finishing you have to have someone cross the ball or you have to be creative and use a wall or rebounder to be able to get the service needed.

Quick Hint:  Use a racquetball court because all you need is a ball. The small room with 4 walls gives you a ton of passes and traps, and you can work on redirecting and turning. It really helped me a ton when I was in my 20’s. Work on your 1-and 2-touch redirecting passes which WILL also make you BETTER at FINISHING.

If you can’t get to a racquetball court, use a wall.  Here are some good examples using different walls + drill videos.

If you don’t have a wall, get a big rebounder like this  or  this smaller rebound net.

Which is better for a team?

If you could have one or the other, what would you want for the team you support?

A Shooter or a Finisher? Exactly! 🙂 You want a Finisher because finishers score goals and shooters kick the ball into the behind the goal.

It’s one thing to know how to hit a ball with power and another to be clinical at finishing.  Whether 1-touch, from a cross outside or corner or outside the 18 yard box.

I’m not saying shooting is not important!

Just think about the question and realize they are very different skills and both take lots of practice.

When college soccer players contact me over the Summer & Winter for off-season training, difficult finishing skills is one way to challenge and help them.

Shooting and finishing in soccer is the skill that players never master!

Ball striking (shooting) can be a science.  At the same time be as simple as ‘kicking a ball’.  It gets deep in terms of teaching, learning and what all goes to the mechanics and where to connect foot to ball and how to position the knees, leg, shoulders, etc.

A lot of times what happens when shooting from distance is the players try to kick the ball too hard.

You don’t have to kick as hard as you can.  Instead just make sure you connect clean.

Think positive and believe your shot will be good.

Shooting drills are usually done around the penalty area or outside the 18 yard box.

Whether it be a free kick in or outside the 18 yard box or a drill that requires ball movement before the shot, players need to remember it takes time.

Sometimes it takes years to become consistent and clean at shooting even with just the laces. 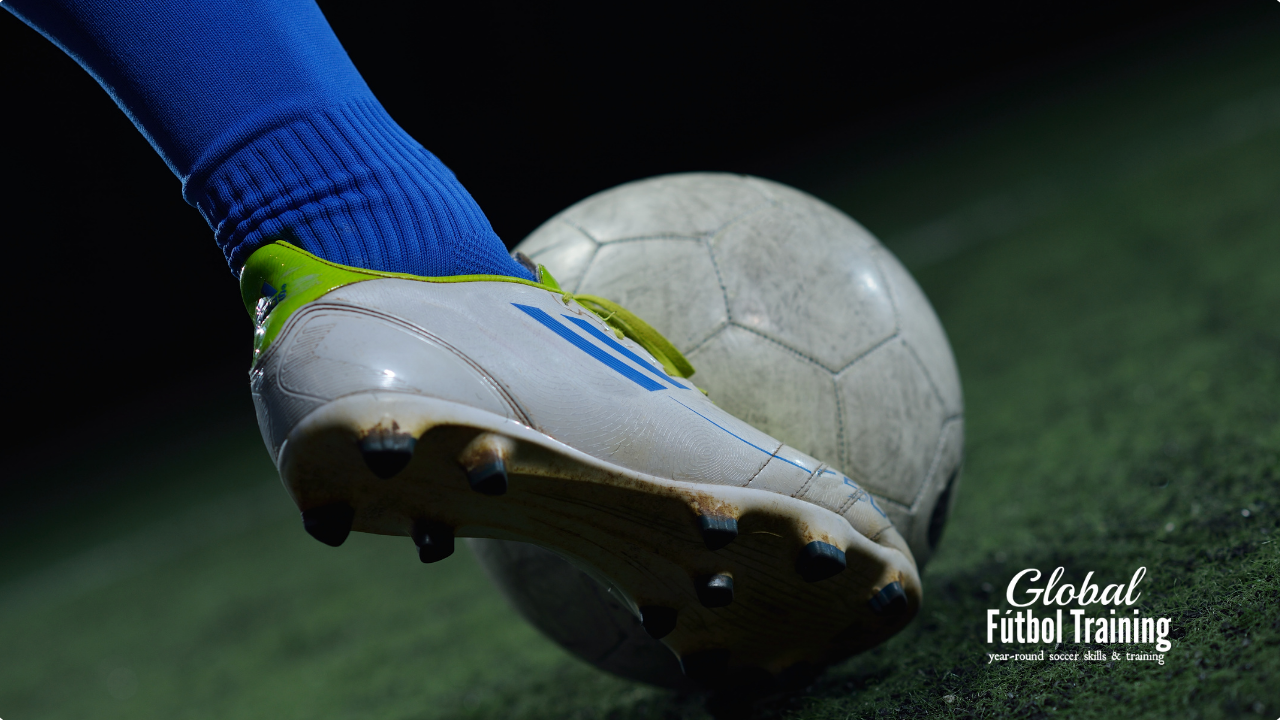 Just as the name suggests – it is finishing the play by scoring a goal. The ball goes into the net. 🙂

So when we do finishing drills most of the balls [hopefully] hit the net.

The best way to get good at this is repetition.

Any sports fan, coach or player will tell you that to improve you have to do repetitions.

Remember: the penalty area is 12 yards from the goal & 75% of goals are scored between the penalty spot and 6 yard box.

Working on drills inside the 6 and the PK spot are going to be more successful in practice and in games than outside the penalty area & especially outside the 18.

With finishing it’s difficult because you cannot get reps by yourself as easy as free kicks & dead ball situations.

In training, this requires shooting, scoring and working from 6-12 yards away from goal, focusing on proper technique with high reps.

Players need to spend some time trying to be near-perfect in front of the goal during practices so that they not only build their technique and completions but they build their confidence.

Players need to spend some time trying to be near-perfect in front of the goal during practices so that they not only build their technique and completions but they build their confidence. 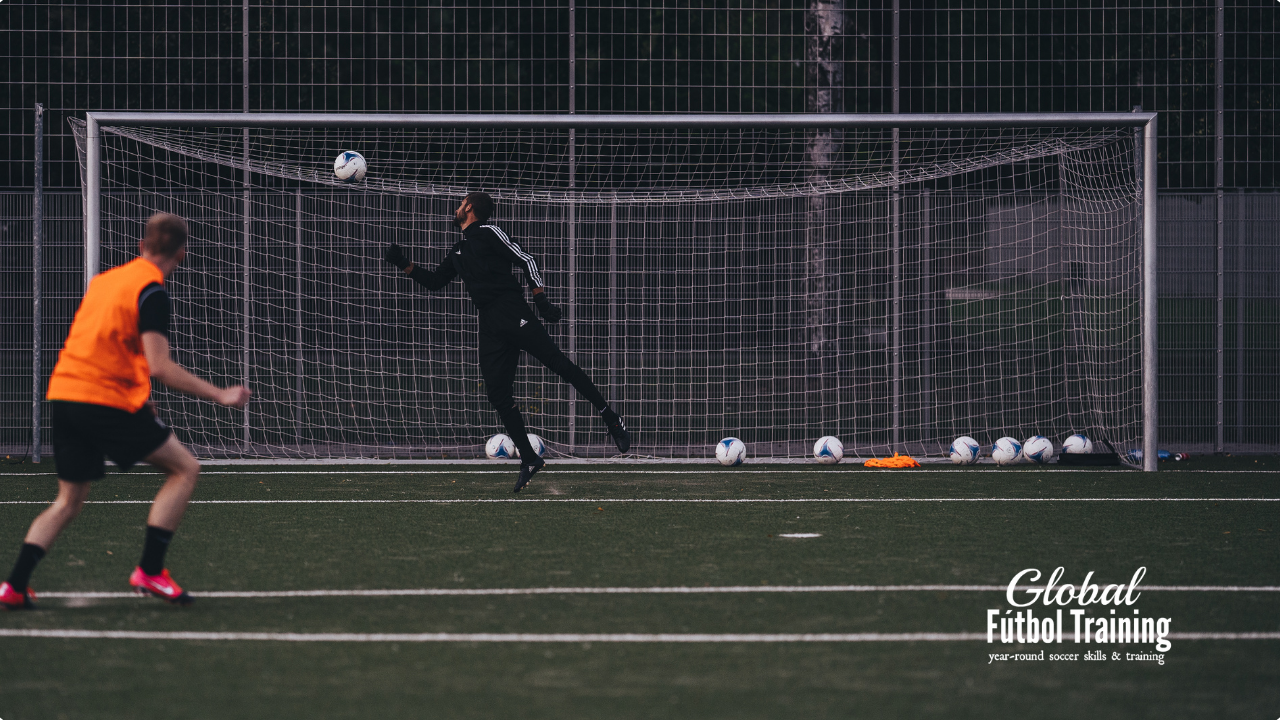 The shooting and finishing in soccer final analysis

Both shooting and finishing in soccer are different and to improve you must work, be patient and really want to accept the tough challenges.

There are certain soccer drills that you should continue to work on all the time, but then there are so many other ways that should be introduced to a player.

The difference is that shooting can be used to test the opposing team’s goalie, defenders, and identify weak spots in both.

Also you need to be able to test the goalie from distance for different reasons.

If you don’t have any players who can shoot from distance it will be hard to keep the defense honest and tight in their marking.

Defenders would just “park the bus” and not allow you to have any good chances inside the box.

Finishing requires practice and many reps and different styles. You never know if the ball will come in skipping, bouncing, high, low, hard or soft.

To improve in this it’s a much harder than practicing shooting.

With shooting you can train on your own.

Finishing, you need someone to cross balls in for you.

Shooting and finishing in soccer both give you ways to score goals, but they are very much different.

4 best ways to kick a ball

Whether you are shooting or finishing, here are the 4 best ways you want to know how to pass or shoot.

Practice on your own, be patient and you’ll improve.

Here’s a small portable rebound board to add in passing and first touch.