Communication is one of the most important things in soccer as well as everyday life! Imagine going on vacation to a foreign country and you don’t know the language and they don’t know yours… You need to get a rental car, hotel, food what are you going to do? Probably use the best sign language you can:) Players and teams who use soccer sign language play well too!  Coaches love a player who has good verbal and nonverbal communication, because it’s contagious! 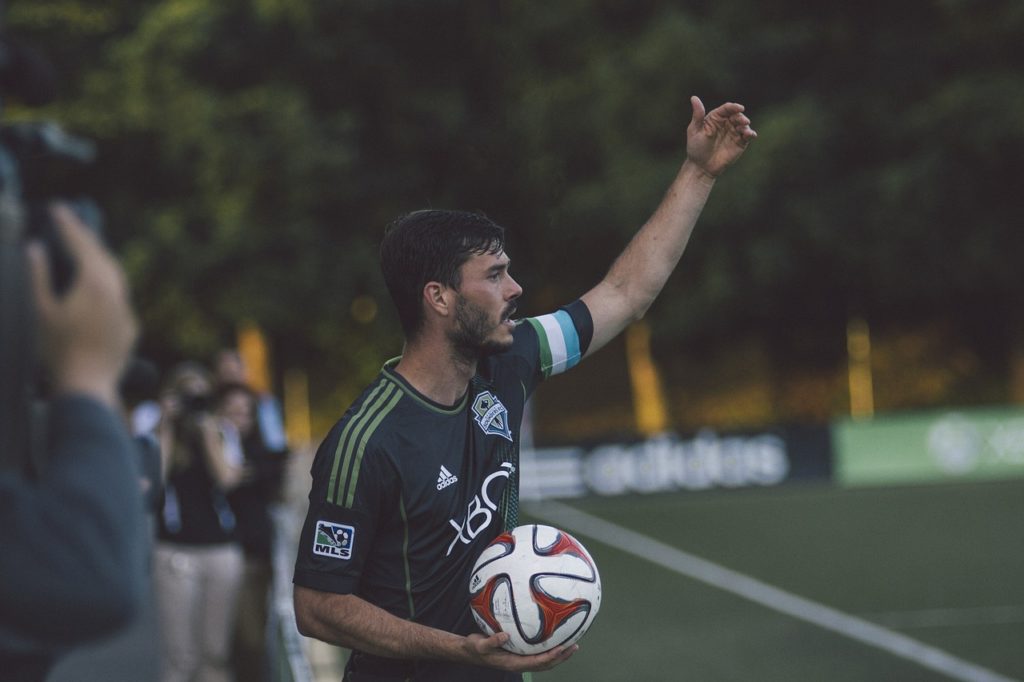 Using your hands, arms, fingers, eyes to communicate with teammates on the soccer pitch is soccer sign language.

I have listed different ways and reasons players should use soccer sign language.

Note: This is not a term used by the futbol world.  More a term I made up to use as a teaching point.   It helps kids understand the importance of using signals & non-verbal communication in an appropriate way in soccer to help communicate.

Using your finger to direct where you want the ball

Pointing 1 finger where you want the ball.  Could be pointing down, up or to the side. If you are a forward or midfielder you can use this to your teams advantage.

Pointing down if you want the ball passed to your feet as your probably checking in or posting up.

Pointing up would be for a forward asking for the ball from a defender or goalie to kick the ball high.

10 ways to use your hand to call for the ball

First Reason: EX: Forward checks to a teammate who has the ball.  Then instead of yelling for the ball which would draw attention, use ‘sign language’ so your opponent never sees. Now this is something you would only do at the right moment, not every time!

Most of the time you will call out loud for the ball, but there are times when soccer sign language holds a huge advantage.

Third reason: It’s sometimes quicker for a teammate to read soccer sign language than having to hear a command.

Fourth reason: Sometimes you can’t hear your teammate on the pitch because of the wind or the crowd.

To ‘make yourself big’ is a great soccer term coaches and players will use to encourage their mates to want the ball. This could mean use big sign language by waiving your arms or it could mean by literally yelling for the ball.

Make it known that you want the ball!

Yell and make noise because if you don’t your chances of getting the ball are less.

Use your arms to spread out so that you really look like you want the ball.

Making yourself big is also getting your arms wider as you receive the ball with a defender on your back. Players who know how to use their arms are better at shielding the ball.

Know the difference between shielding and fouling.

If your arms stay lower than your shoulders you should be good as long as you have the ball.  Although, if you have them down to your sides the defender will just come around and take the ball. 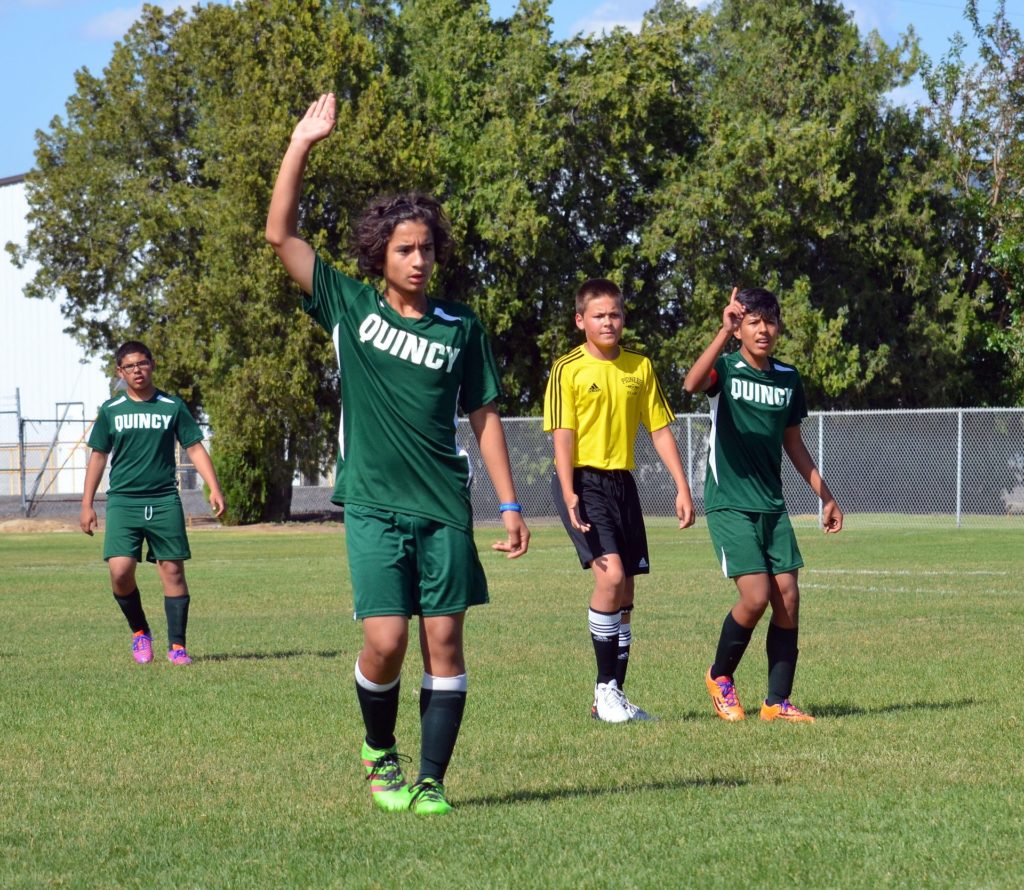 Learn from watching the pros

No matter what stage you attend a game, you’ll hear lots of communication from the sidelines and pitch.

As a matter of fact, the noise created by fans can be quite deafening.

When you watch a professional soccer game, you will see there are many professionals who often say little.  Their teammates know intuitively what their next play will be.

You will see the forward or midfielder check to the ball and call for it with their hands or fingers pointing where they want the ball to be passed to. They’ve learned the art of communication without words.

They instead rely on other indicators to communicate with their teammates what is next and it soon becomes a good habit.

Players can better communicate & improve body positioning – indicating where they will be going next to set up to receive the ball.

Soccer sign language is not really a term, unless you come to my class; there you will hear me use the term to help the player call for the ball.

Why is this a useful skill?

Players can use their soccer sign language to point to a space or to the right or left side of your body.  It depends on where the defender is or where you want the ball played, to put yourself in a good situation.

Coaches are also very good at this communication.  They’ll use sign language with their players without the other team hearing. Also when the crowd is too loud.

Silent communication is also used by players to indicate the need for applause or to encourage the crowd to raise their noise in show of support.

Most importantly, sign language will change the game in the future.

Referee’s use soccer sign language because often times in pro soccer they have to work with teams that don’t speak the same language.

There are the global signs that most players understand as well [but yes, they may also be referred to as ‘primitive hand signals’] 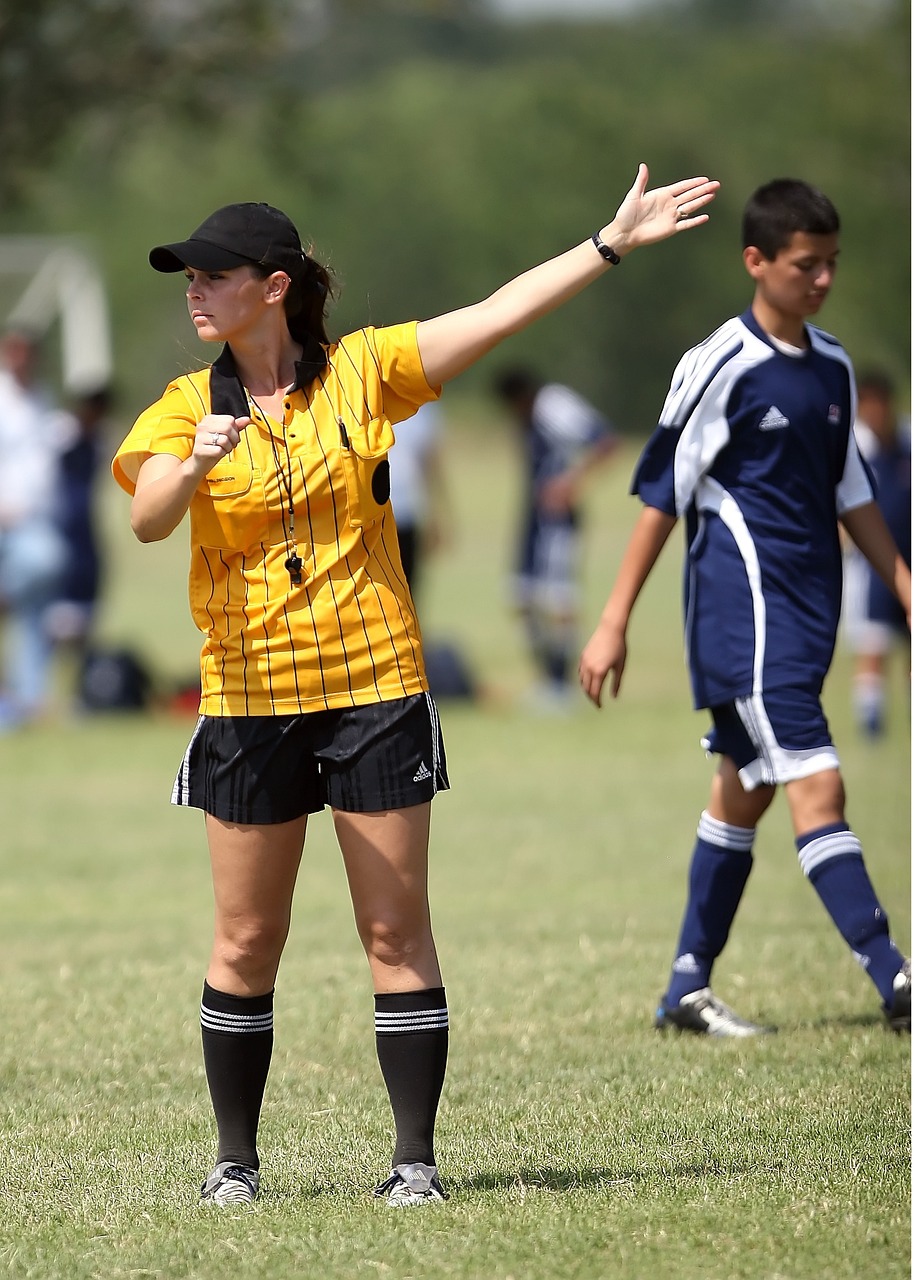 I know this terminology of soccer sign language is something I’ve used over the last decade to educate players about different aspects of their tactical game.

The implications for my using it are soon to change, as more and more young people who are born deaf enter the sports world as top competitors.

For example, a young man by the name of Derrick Coleman raised a tremendous amount of awareness of deaf athletes in professional sports. Derricks story gets me every time.

While organizations exist who support the role of these particular athletes in sports [thanks to people like Mr. Coleman] I don’t think it will be long before they no longer play in their own league.

Instead they will play simply as the best for the position. Until then, I will continue to refine my approach to the use of sign language as a tactical advantage, and wait eagerly for the day when a deaf player comes to me for training. I’m sure I will then become the student.