The 4-4-2 formation is probably the most popular in football/soccer history.  The roots go way back to English football and some of the best Italian clubs used it. Some of the top pro teams today use this, but a lot of it depends on the players you have.  Teams that have 3 really strong defenders and 3 great forwards might do better playing a 3-4-3.  Click this link to learn the many great formations.

It goes back to football history when most teams used these tactics.  It’s safe in the back, balanced in the middle and up top you can still be a threat.

Coaches need to sit the team down to explain what the players need to do in each position.

It’s important that players know their roles both on and off the ball.

Defensively the team needs to know what is expected in each part of the pitch too. 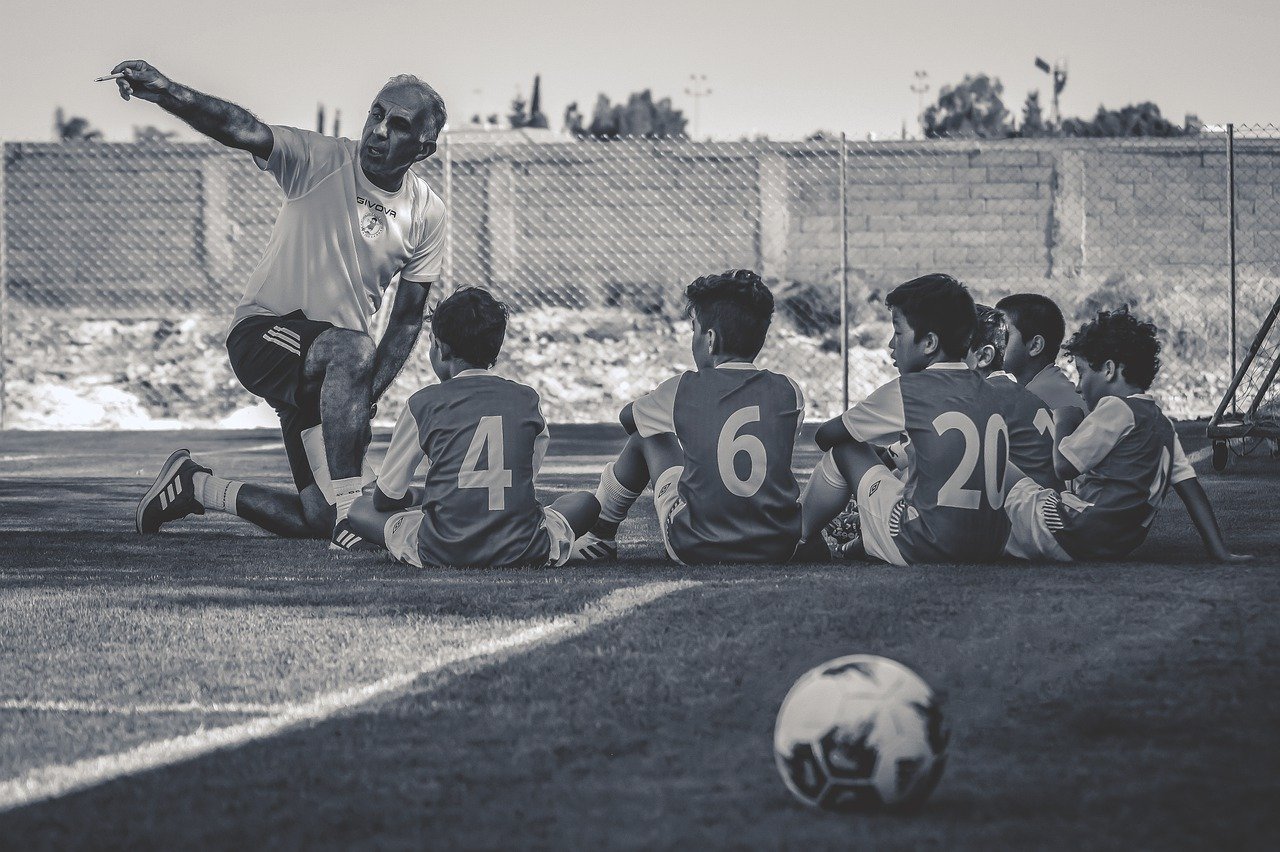 Different ways the backline can play

The safest and most common ways when you have the ball is for one of the outside backs to join the attack.

The defender that goes up is usually the one that’s playing where the ball is.  If the ball is on the left side, the left back goes up to support and join the attack.  The back might be receiving and passing the ball to help keep possession or they might be making overlapping runs to confuse the other team.

When the outside backs make big runs up it puts more stress on the opposing teams mids and defenders. Without the defender ever going up, things are too easy for the outside mid on the other team.

This YT video from Football Meta does a good job explaining the 4-4-2 formation and player roles.

When defending as a team, the back line should be in the shape of a cup or a swoosh. One of the center backs should be the deepest player by 1 yard.

One reason is because if the ball is on the left side, making it hard for the center backs to see the right side of the field, the center back can always step up to get the forward offsides.

If the right back was deeper than the center back this wouldn’t be possible.

How the midfield can position themselves

The diamond where there is one defensive center mid and one attacking center mid.

This is usually the #6 (defensive) and the #10 position (attacking).  Then the outside mids in this formation are brought inside a little more than playing wide.

When the outside mids play a bit inside, it allows for the outside backs to make runs up from wide positions.

Another thing good about the diamond shape is all 4 mids are fairly close, so the passes can be made quicker to open up windows in the defense sooner.

Also if the passes are off target or there are loose balls there is help close by to pick up the loose balls.

Playing a more horizontal shape (flat/across) is another way, but the players wouldn’t necessarily be perfectly flat, especially in possession.

This tactic allows for the outside mids to play wide, giving them the 1v1 chances to create. 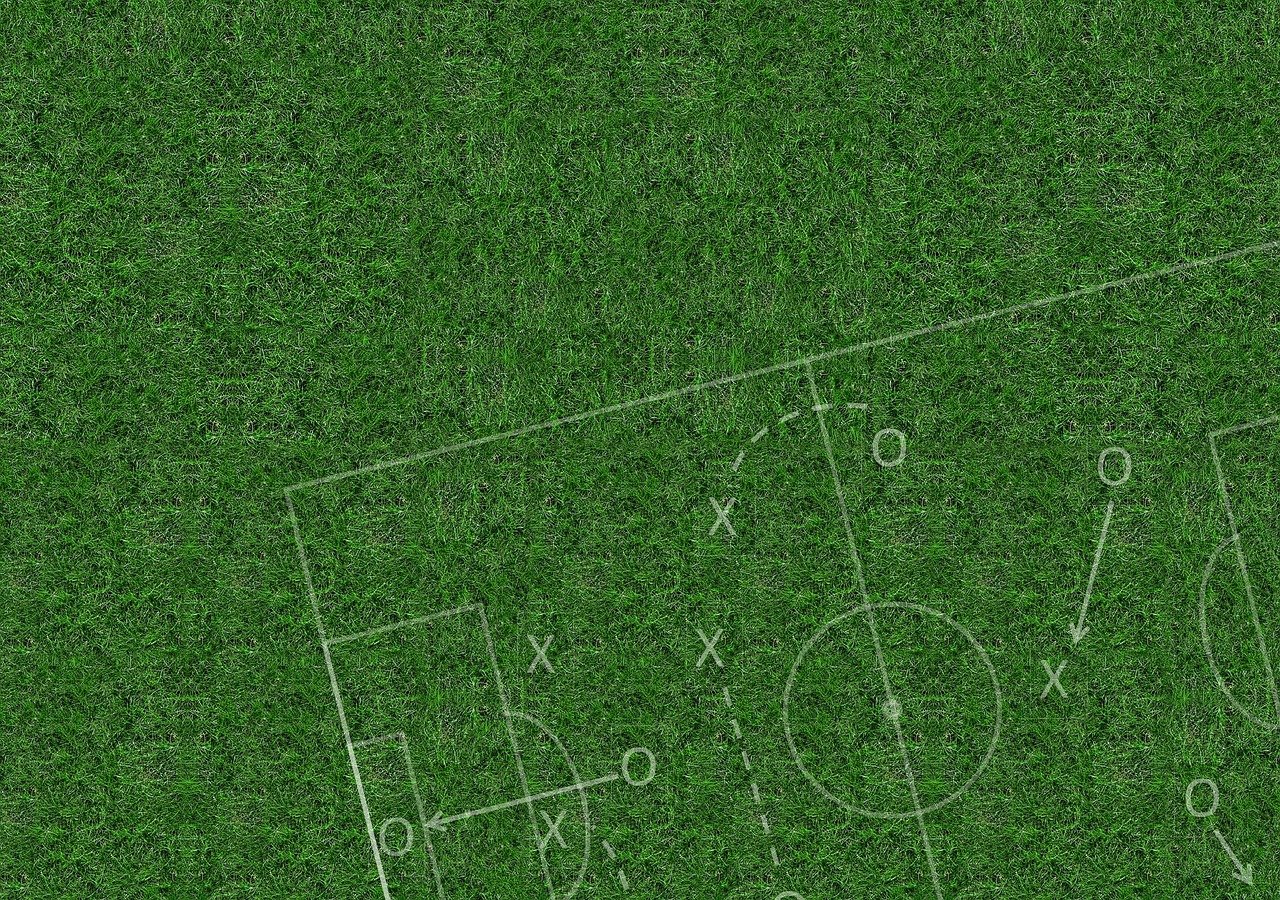 Forwards can play lateral, horizontal or vertical in the 4-4-2 formation

Most of the time, the 4-4-2 formation has the forwards playing horizontal (side by side).  Of course they don’t stay like this, having to check to the ball, defend and make runs in behind.

Other ideas the forwards can do is one plays high and the other low (vertical).

The high forward is the one furthest up the field playing near the deepest defender.

It’s smart to have this player be your speedster.   Then the forward who plays low is usually the one who can hold the ball up playing with their back to goal.

The forward playing low has the options to either turn while receiving or off the dribble and face the opponents goal.  The other option is to lay balls off to the midfield to keep possession.

Playing horizontal (staggered) is what ends up happening during certain parts of the game.

Some teams play like this on purpose, others it’s just the way it ends up.

Below you’ll see a picture of one team in white jerseys in the 442, while the red team is in a 433.   You can see both tactics have advantages.

The 442 will be able to control the ball in the midfield easier, where the 433 can apply immediate pressure up top.  So again, a lot of this depends on your players abilities, knowledge and playing styles.

I think it’s best to teach your team how to play in these different formations.

What happens when you have certain players out with injuries or red cards?  If you play a 433 and only have 3 good forwards and one get injured, maybe it’s best to move into the 442 if you have good mids coming off the bench. 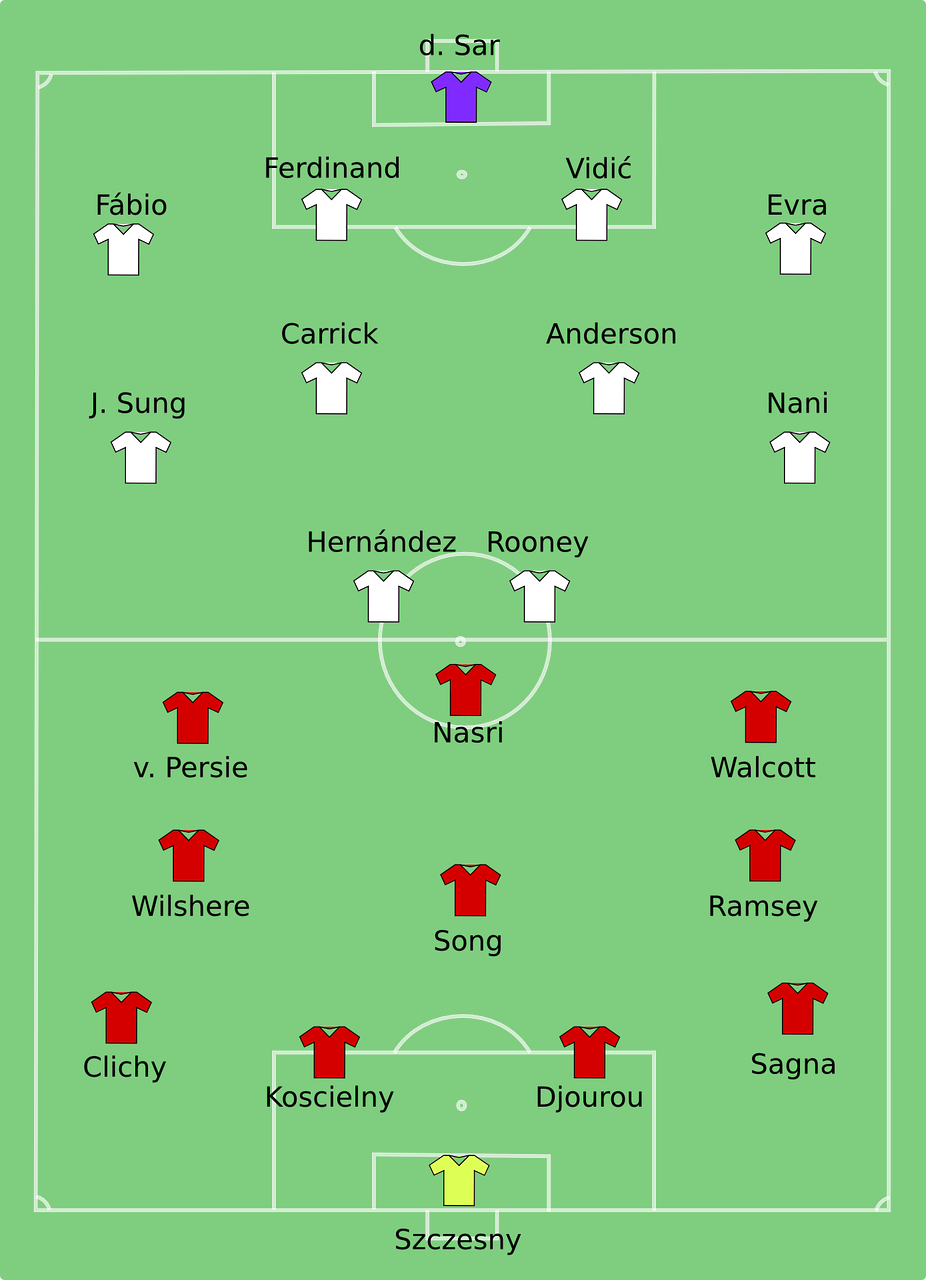