One of the most exciting things for a soccer coach is choosing which formations in soccer to use.  Younger players don’t play with as many players on the field, so that makes it different from ages 10+ to adults.  More conservative defensive minded coaches will field more defenders, whereas aggressive attacking style coaches will play with more forwards.  A lot depends on the players you have.  I could never go with a “favorite formation”.  Your choice might depend on injuries/roster or if you’re trying to protect a lead or make a come back.  Below I share with you different formation ideas you can choose from and adapt for yourself.  Also read below the age breakdown, terminology and meanings.

What the 3 digit formation numbers mean

If you’ve never played soccer, I can imagine the formation numbers are confusing.  There are many different formations and really you can make one up.  Of the 3 digits that you usually see, example 4-4-2.  The first number ALWAYS represent the defensive line.  The middle number is the midfielders and the third number is the forwards.  So 4-4-2 means there are 4 defenders, 4 mids and 2 forwards.  You don’t count the goalkeeper when saying the formation.  Of course there is always 1 GK, I guess is why they are not counted in this.

Sometimes you’ll see a 3-1-3-2 or something like that.  All that means is someone is trying to be creative and add a line, which is ok.  It’s not that common, but you will see it from time to time. 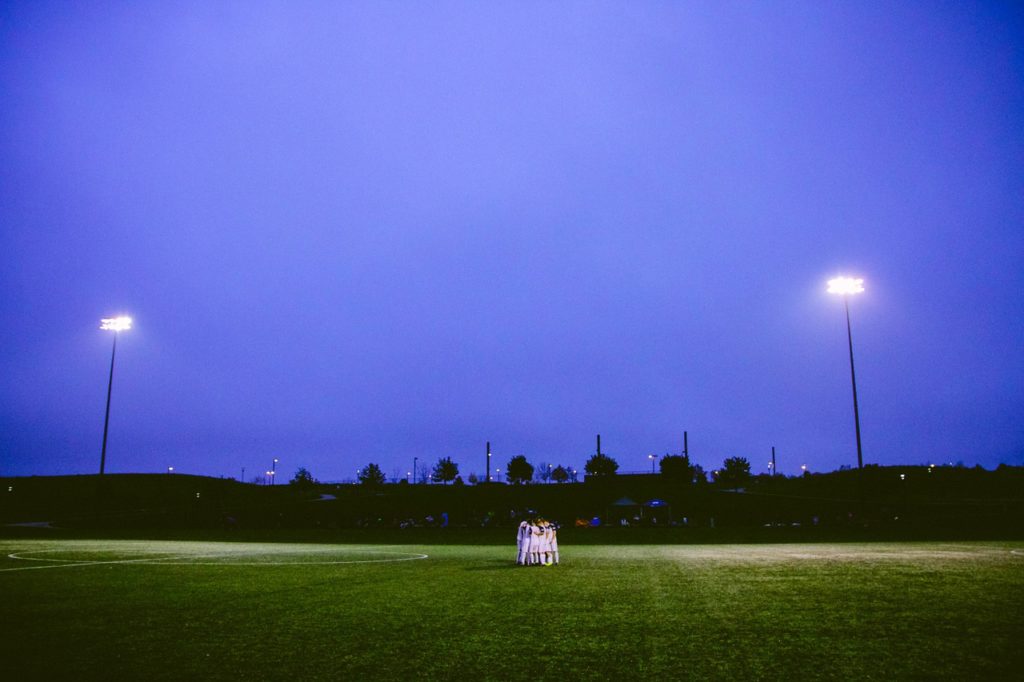 Age breakdown for formations in soccer

Ages 8-9 (U7 – U8) usually play 7v7 formation and a good formation would be a 2-3-1 or a 2-1-2-1 which would give you a lot of triangles between the players.  Triangles are good for players to make between each other because it gives you support on both sides of the player with the ball.

Ages 10-11 (U11 – U12) play a 9v9 formation.  A safe defensive formation could be 4-3-1 where you could push a defender up to the midfield and a mid up top while in possession.  3-3-2 would be a well balanced formation and if you wanted to be aggressive (more attacking) you could go with a 3-2-3 and play long balls to the forwards feet or in behind.  3-1-2-1 would give you triangles from back to front and everyone would have their specific role.  A good time to do this would be if your losing with 5-10 mins left in the game.   Read this article I wrote on 3 types of forwards coaches want, which helps you understand why great times do well with different forward styles. 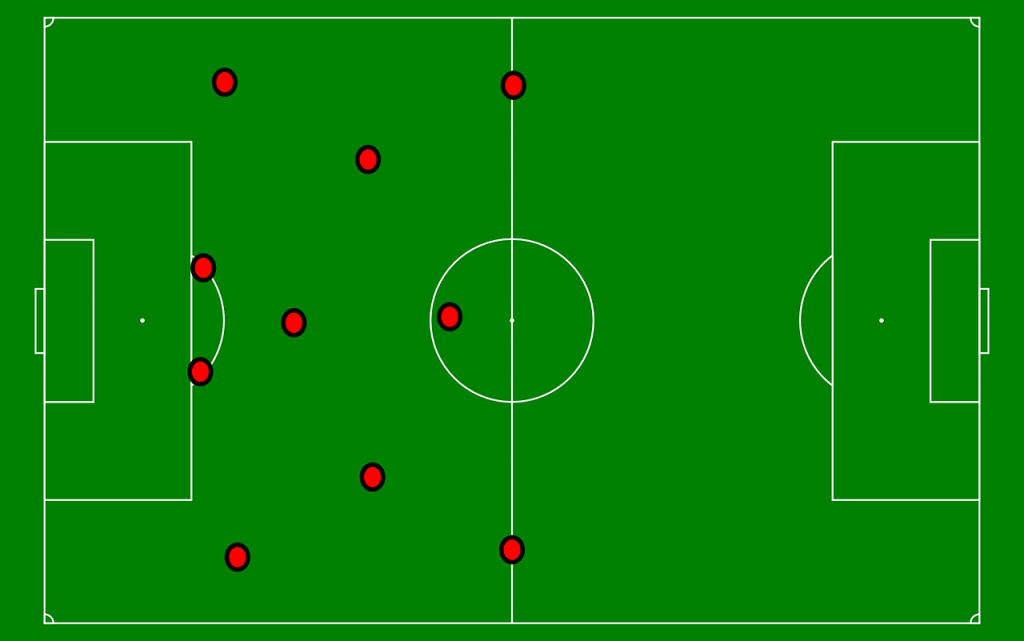 Most common formations in soccer

4-4-2 formation can be played different ways alone.  The midfield can play a diamond or across.  The diamond would give you 1 attacking center mid and one defensive center mid, with outside mids on each side.  Playing four mids across would mean that the center mids need to be aware and make sure that one drops off when the other goes up to join the attack.

4-3-3 is what Barcelona would play when Neymar was on the team.  It’s also what Liverpool plays because they have 3 really good forwards and a center mid who is the motor of the team.  Having 1 center mid makes it a lot of work, but typically the other 2 mids would squeeze in and allow the outside backs to push up on the outside.

4-5-1 is easy because one of the mids can easily move up and act as a forward.  It’s a great way to keep possession in the midfield because you have the extra mid + the 4 defenders to pass back to.

I don’t think you can choose 1 formation and say it’s the best.  If I could choose a couple it would be 3-4-3 or 3-5-2.  As a defender, I would be most intimidated playing against the 3-4-3. Trying to mark 3 forwards and then the 4 midfielders is tough.  The best way you can play against this is to remember that the other team only has 3 defenders.  So if I played against a 3-4-3, I would play long to my forwards right away.  This would keep the opponents mids from dropping off to help their defenders.

Italy used to play with a 5-4-1.  Their focus was to keep the other team from scoring.  Once they gained possession the goal was to be patient by passing the ball around the back and midfield.  Once they go to the middle third of the field, one defender would push up and one midfielder would push up to become a forward.

Another good defensive formation in soccer would be a 4-5-1.  The extra midfielder can sit right in front of the center backs on offense and then on defense drop back and help double team the opponents forwards. 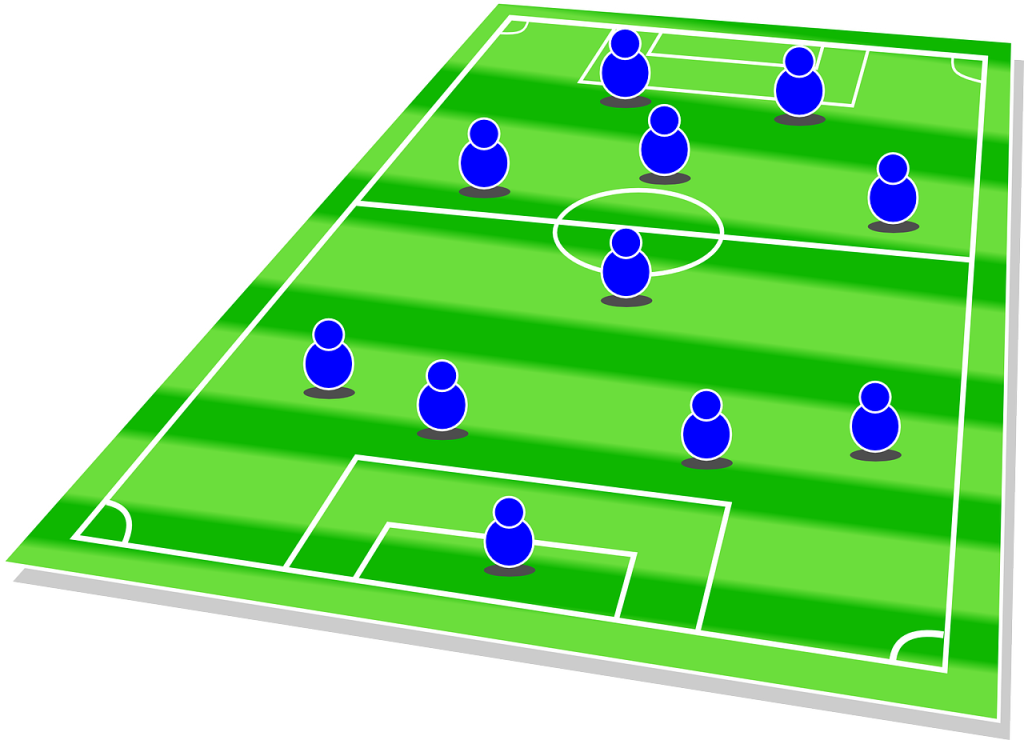 It all depends on the players and especially coaches.  Example:  In college, we mostly played a 4-5-1.  We had a really good forward and two fast wingers who would end up playing very high.  One of the wingers would also come back, while the other would say up more.  That had to do more with their personalities/tendencies, so as a team we learned how to balance that out.  Obviously the outside back on the side with the winger who didn’t come back had more work to do.  In this case the center mids would have to help a little more on that side.  Good news was when we won the ball in the back, we could play it up and put the other team under pressure right away.  On the contrary, we had a center mid who could hold the ball, allowing us to play short through him.

Current college players I work with say the biggest difference in college is that each week the formation is different.  Some players say that in club soccer they only knew 1 or 2 formations.  Again, this all depends on the coach you have.  I think in college the players all have pretty high soccer IQ and can adjust and adapt quickly.  Compared to youth soccer where half the team doesn’t have the same IQ, making it hard to change.