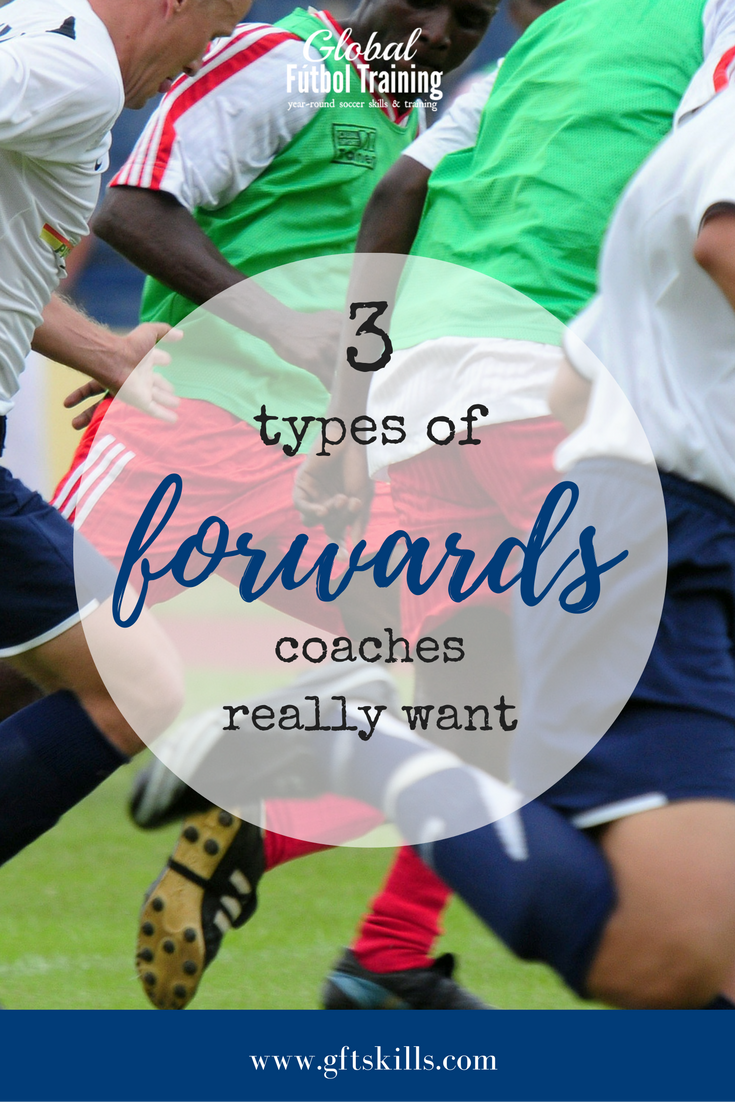 When most kids begin to play soccer, they often are drawn to the more ‘noticeable’ positions [such as forward]. Based on its high profile with each goal scored, it’s more attractive to some. The names they often recognize in the media are the forwards. However, because there are only 11 positions that can be filled on the field and even fewer depending on the age, this may further contribute to their feeling less unique. Maybe they don’t feel as qualified to fill a position because they’re not as fast as one teammate or as good with their first touch.

Train your way into certain qualities

You may not see yourself having some of these player qualities, but several of them you can practice and become great.

Turn your uniqueness & hard work into a strong argument for why you’re the best for the position.

Few players can do it all

Today I’m giving you an example of this concept.

Most people know that a forward is a soccer position that can have a couple of different names [such as striker, central forward or goal scorer].

Beyond the name of the position there are several styles of forwards.  Depending on the formation used or the opposing team’s style of play, each can really differentiate the players role.

Few players carry all the roles, so you will find that most players possess 1 of these 3 traits more than the others. 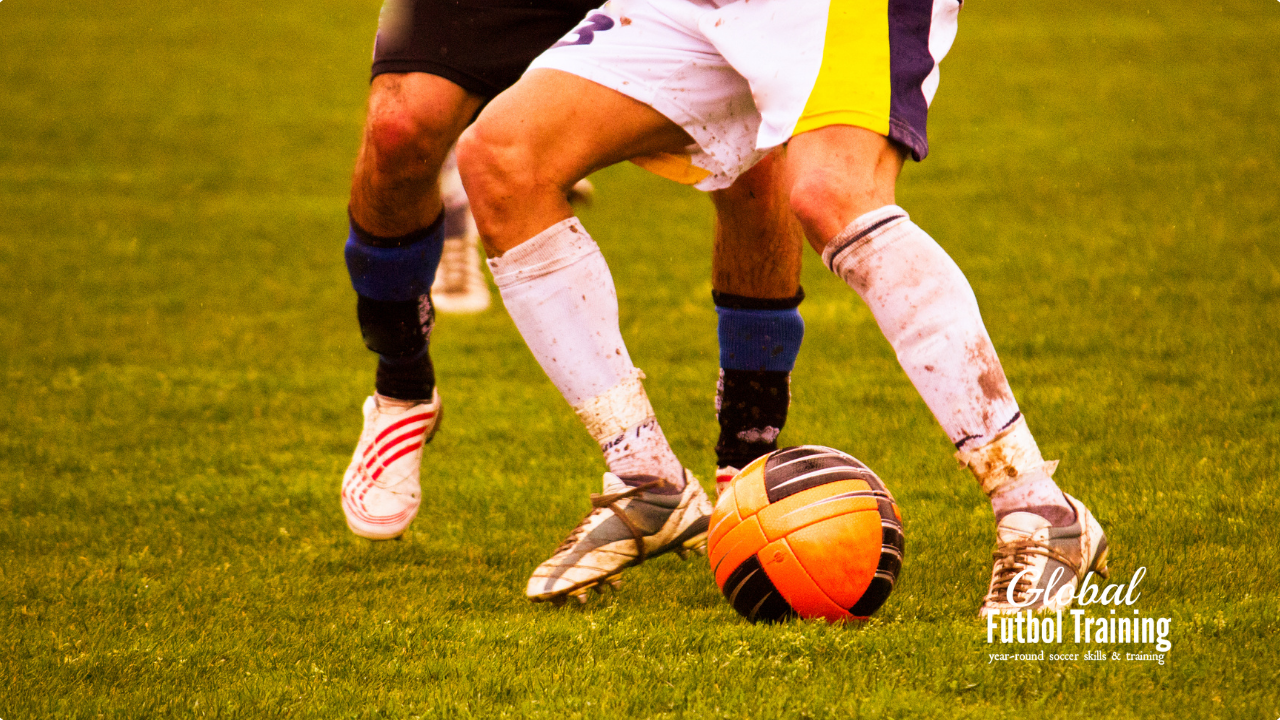 1. Target Forwards: Target forwards are players who “Keep the ball” and are good at receiving the ball with defenders on them and are able to pass it back to the support or play a through ball to the other forward. Also it could be the players who dribble well and can keep it from the opposition. If a player is not the fastest its okay, they can still be a great forward who knows how to play to their strengths. Fast players are a threat, but might not be the best player to simply keep the ball.

Target forwards can keep the ball for 4+ seconds allowing midfielders and defenders to support.

Often times you see a ball played into the forward and they lose it right away…   We’ve all seen it many times!

If a player could consistently collect the ball with the defender on their back and just keep it for 4 seconds or more to allow teammates to push up and support.

Keeping the ball can allow your supporting players to come up and help.  Then your team can possess the ball and play wide or back.  Being able to hold the ball also allows your defenders to catch a breather.

If a team U-11+ is always going forward every pass there is a problem with the understanding of the game.

Speed players are a threat to defenders

The thing about most speed players is they aren’t the best finishers but imagine if they practice in front of goal more.

When I teach my players about the different traits, they smile and say “hey we have a player like that” 🙂 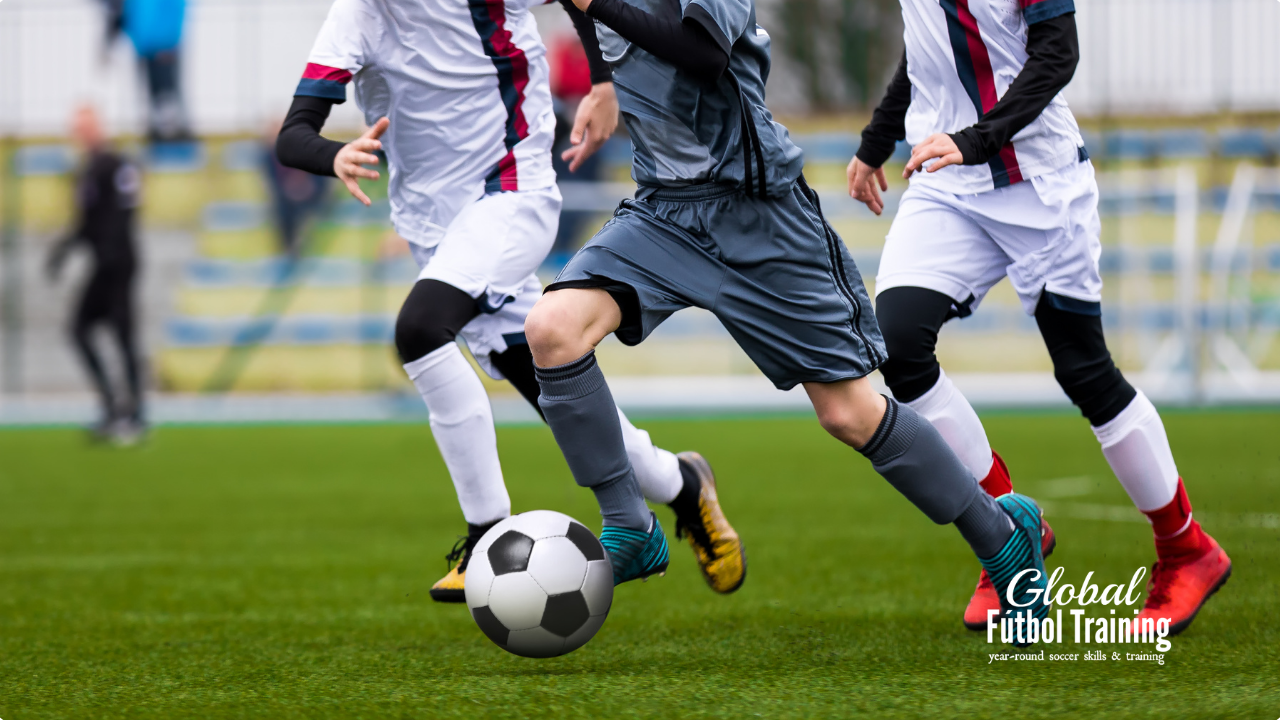 Finishers are rare and needed

3. Finishers: Finishers are the most rare in the world, so imagine youth league! You see players every single week at the pitch missing chances on goal. Finishers are often times the ones you don’t notice most of the game but when they get their chance they put it in the net. They are not always the fastest, but the ones who have a nose for the goal and are bit more natural with this rare skill.

The players who put in extra practice are the ones who continue to score goals.  I don’t think players know the many different methods.  Coaches don’t have time to teach it.

You have to spend time on your own or with a trainer.

Some players train on their own but can only do so much… Yes, you can shoot on goal different ways but you can’t practice finishing crosses by yourself or how to make good runs off the ball.

You need a trainer or a buddy to work on the right stuff with you so that you can become a complete finisher not just a shooter.

The psychology of being unique

I see & appreciate the uniqueness of each of the players who train with Global Fútbol Training.

Each player has a unique style of play or approach to the game. Unfortunately the very things that make these young players unique can be a challenge in the psychology of the game, especially for the non-starters or those new to the game.

In a world where everything is performance-based, when they perceive they’re not ‘performing’ based on not making a team, not starting, not being popular, etc. then the ways in which they may feel defeated are endless.

How to practice your finishing

Practice what you need to and as much as you can!

Don’t listen to those who would be negative or seek to limit you by a traditional title or role.

As a unique individual, you have the capability of making the role your very own. As long as you do so in confines of building up the team in your role, you will continue to evolve as a very valuable player.

The most valued is the finishing role and is really the one you can help improve on, besides the target role.

You can improve a lot with your finishing skills, but not so much on becoming the fastest or strongest/biggest.

So start to practice more!

The thing is, you need to have a partner, trainer or a wall and a goal or 2 walls/rebounders.

The reason is because you want to practice dealing with crossing situations like this.

BIG Tip: Go to a racquetball court and work on your short 1 touch passes, redirecting the ball from wall to wall on the ground and in the air. It will help you deal with crosses so you can score more goals.

BIG TIP: 6 yard box & PK spot is where you want to become good at finishing because 75% of goals are scored in this area. 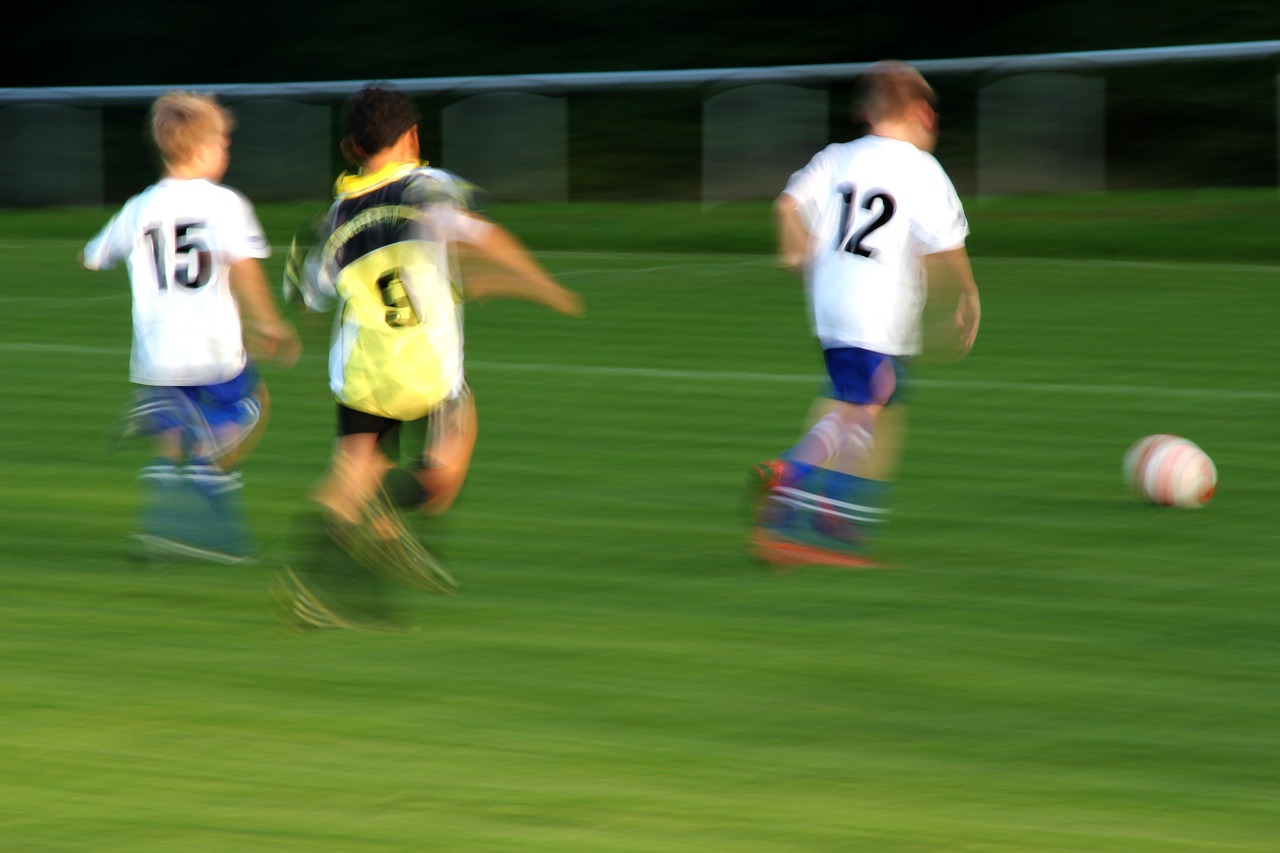 A word for soccer coaches

Coaches, I always found as a player that playing against 2 or 3 forwards all with different traits was most difficult to defend because you had to adjust more and use different strengths with each player. This would not only exhaust the body but the mind.

If a back line only has to mark players that are the same it’s easy to just know what you are going to do as an individual and as a unit. But when you have to mark both a Big Target Forward who can then drop the ball off to a quick player it’s hard.

Big target forwards you have to body up and play physical but the smaller quick players you have to match their quickness and be careful not to foul them.

Most defenders are not able to match the challenge with all of the different styles. I think that’s one beauty about coaching is they get to experiment and try different formations and pair different players together to make it difficult to play against.

A word for players

Players, Practice your finishing no matter what!

Be honest with yourself and find out what you are best at.

If you are not the fastest player then you want to become good at holding the ball up so that you can make passes instead of dribbling or having your teammates play balls in space.

Communicate to your teammates and make sure they are playing you balls that suit your strengths not weaknesses.

A word for parents

PARENTS, get your kids some private or small group lessons or if they’ll practice at home get my courses.

Team training does not allow your child to get the proper amount of reps!

Think about how many shots they could take with a group of 4 kids compared to a group of 14.

Even if the large group session is great you are not getting many chances on goal.

If you need ‘speed of play’ passing & reaction drills a large group is better, but with finishing you need less players to get more reps.

Story of a world class Pro: I remember reading a story about Drogba, who is a beast of an athlete!

In this article his uncle tells the stories about Drogba when he was a young teenager.

I share this story because even top pros you see on TV were not always so great at each element of the game.

But with hard work, growth, practice and all that good stuff you will improve as a player no matter how good you are. 🙂

« When is it time to choose 1 sport?
1 big difference between Shooting and Finishing in soccer »