What do you think of when you hear the term strong on the ball?  I think of different players styles, but the main thing it means is being able to keep the ball under pressure.  Players who are strong on the ball are usually able to use their body and strength to shield or they are able to evade defenders by dribbling with skill or quickness.   In this article I explain how players all sizes can be useful in different ways, by either being aggressive or skillful. 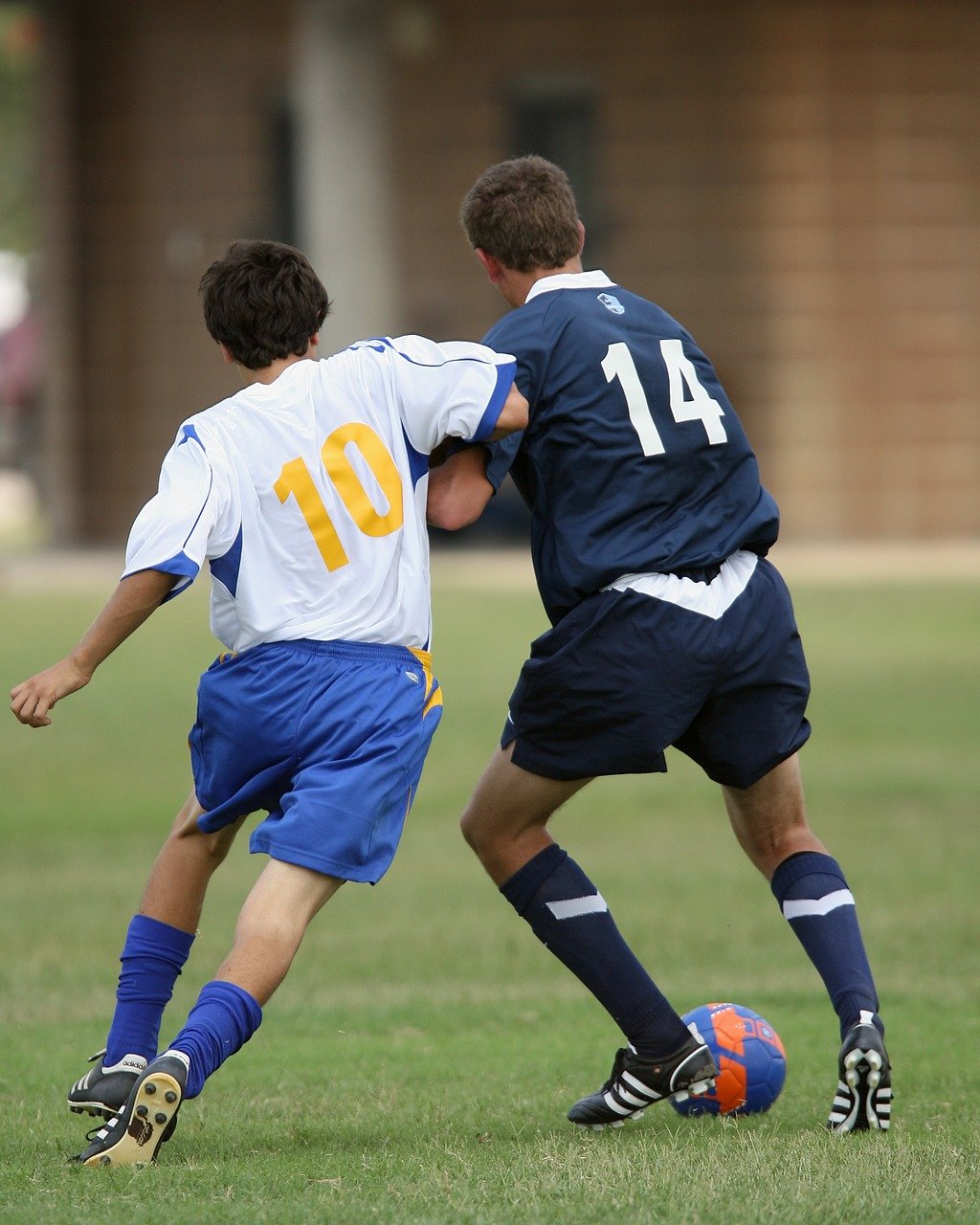 If you watch pro soccer you’ll see that there are both small and large players who are good at this.  Most are small, so size shouldn’t be a long term excuse to being good.

A smaller player everyone knows is Leo Messi (Argentina, Barcelona, PSG)… He is very small, yet quick and skillful.  I would consider him strong on the ball, but not by using his body as much as other players.  Messi uses his skill, speed and brave attitude.  He’s the type of aggressive player who will get in and fight for the ball.  Defensively is where he’ll get in and throw his body around if the opponent tries to dribble.

Learn two ways you can be more aggressive in soccer/football.

Crystal Dunn is short in height, but plays aggressive.  She’s one of the best defenders in the world, therefore has to be a good all around player.  Her speed, smarts and fearless defending is what I think of with her. 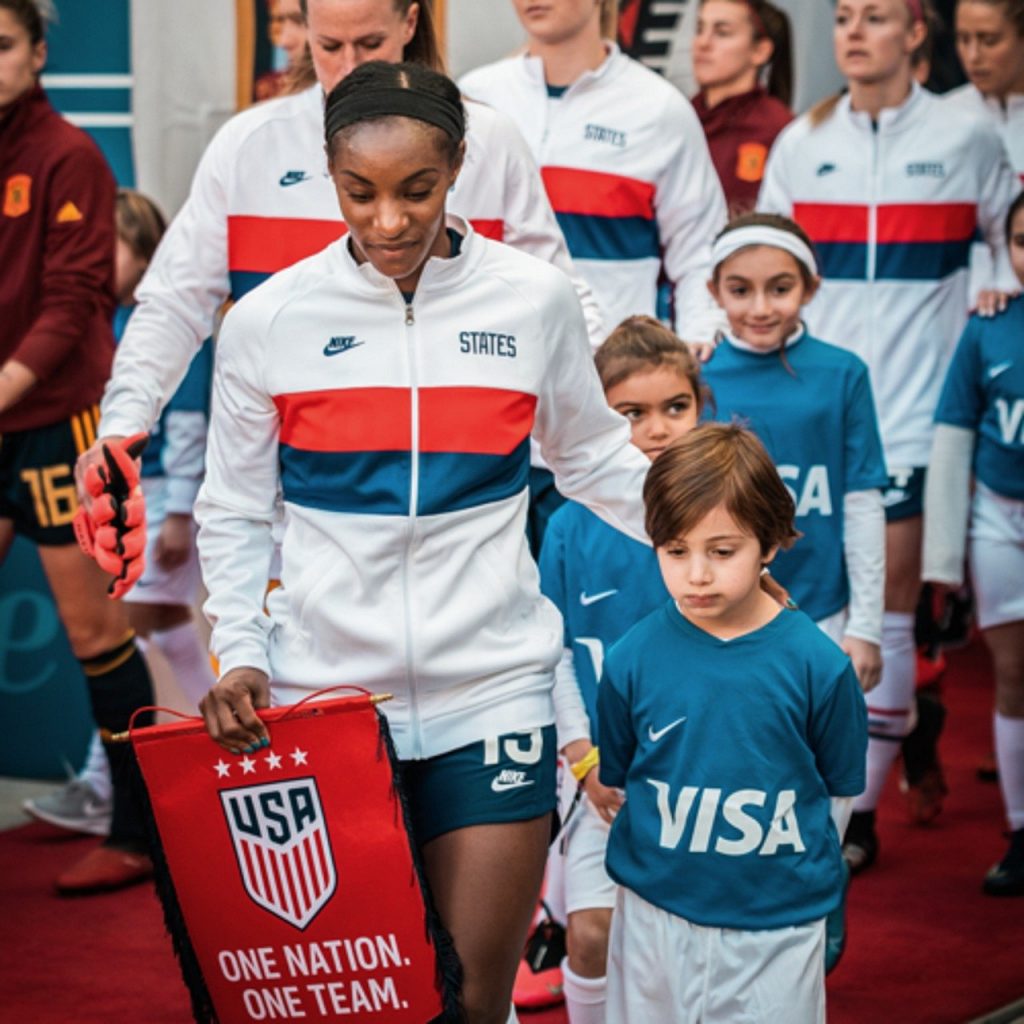 Henry is recognized as athletic, tall, fast and skillful.  Really not fair how blessed he was naturally. He could use his body when needed or dribble past defenders.

At 6 feet Mewis in 2021 was still the tallest player in USWNT history, over Wambach and Akers.  From what I have seen of her in game play, she doesn’t seem to use her body much.  The reason is because her first touch and passing are solid.  It shows that taller players can play center mid and be the playmaker.

Lukaku is a strong players who can hold the ball up (shield) by using size and strength.  He’s not the fastest player, so being able to use his body to be strong on the ball makes him very useful.

Haaland (6’4″ and 192 lbs) is obviously big, but has many talents.  A prolific goalscorer, he is also recognized for his pace, athleticism, strength and off the ball-the-ball movement.  One of the best young players in the world right now.

Shielding vs shoulder charging in soccer

Shielding in soccer is a great way to be strong on the ball.

There are times when either nobody is open or you just didn’t see the open players.

If you’re stuck in a tight space and not able or good at dribbling, you can shield the ball.

There are players who are strong on the ball that can shield and are not good at dribbling viceversa.

I know a lot of great players who are not good at dribbling, but they can either shield really well or they have a good release.

For smaller players especially it’s important to learn these 8 ways to have a good release after or as you get the ball.  For the smaller or slower players, having a good release is vital.

Shoulder charging is different from shielding.  It’s more for when you are either 3-10 yards from the ball and side by side with your opponent.

In this situation you can shoulder charge them, even knocking them down.  Hey if the ref calls a foul, remember that they make mistakes too.  Being physical is not necessarily a foul.

Another time to shoulder charge would be when your opponent has the ball and you come up to their side and bump them with your shoulder.  It’s a great way to knock them off balance and steal the ball.

3 average size players who were strong on the ball

Clint Dempsey and Colin Cox are two players who I played with who surprised me with their average size, but great strength.

Eden Hazard is the third player.  He does a great job of keeping his body between the ball and the defender and also keeping the ball moving like this video.

One day before practice at West Texas A&M University where I played college soccer, my teammate Colin challenged me.  He said he didn’t think I could steal the ball from him in say 10 seconds or so.   Being bigger and stronger than him, I laughed at and underestimated him.   I was shocked how strong his arms where and how well he positioned himself to shield the ball.  He used his arms very well.

Clint Dempsey in the MLS (Major League Soccer) with New England Revolution was a little different, where he had good center of gravity using both his arms and legs to shield the ball.

What Clint and Colin had in common was their average size, but both very strong on the ball.  A few years later, Dempsey ended up playing in the EPL (English Premier League) playing for Fulham and Tottenham. 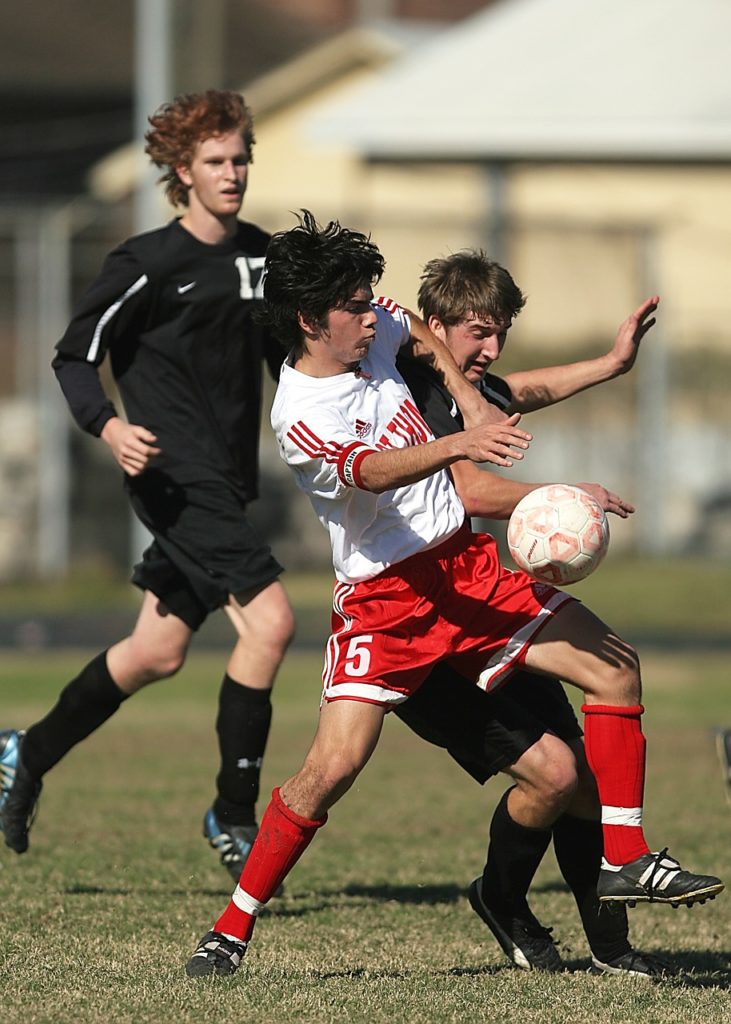 Difference from dirty play and aggression

A dirty foul can happen 2 ways…

Players who are naturally aggressive have a higher chance of making some dirty tackles.  Often times it’s a tackle where a player is working really hard and just doesn’t time the tackle right.  Or it could be where an opponent is just faster than you’re used to, so they got to the ball quicker than you thought.

When using your arms to shield/protect the ball, you have to keep your elbows down.  The picture above shows a player using his elbows.  This looks to me like a foul because the elbow is up near the face.  I would bet that happened because he is being knocked off balance + is used to using his arms.

Fouls aren’t always on purpose. Under pressure it’s sometimes hard to know exactly where your hands/arms are.   You can extend your hand/arm out to shield, but you can’t put your hand up towards the players head or neck.  Also, make sure you don’t push off, but rather use your hand to just keep the defender away.

You know someone is dirty by the consistency in the fouls, types of fouls and then their attitude.

I’m not a fan of dirty play, but to be a really good player you have to be aggressive.

Do your best, play aggressive and don’t try to play dirty.  If you tackle someone hard and it happens to be dirty when you didn’t mean it, verbalize it.  Ask the player if they are okay.  You gotta love a hard working aggressive player who also has good sportsmanship.

Good dribblers can be strong on the ball

When I say good dribblers, I don’t mean ones who do tricks and then lose the ball.  We all know those players…

A good dribbler is one who keeps possession of the ball most of the time.  Of course everyone will lose possession, but the great players don’t very often.

Some players are not physical or aggressive enough to shield, but their ability to create gives them the edge.

Maybe there are some players on your team or people who’ve played against.  One attribute this type of player needs is quickness.  This way they can evade players without having to use their body.

For you coaches or entrepreneurs…  My wife and I help people grow many different businesses in different stages.  Learn more and feel free to let me know how we can help you.