Most will agree that possession style soccer passing is far more pretty than long ball.  Anyone can just kick the ball, while few can pass with purpose.  Players need to know when to hit the long ball, through ball or simply play it back.  Players need to have good vision on the field and know where the numerical advantages are.  Soccer passing drills are going to be a great way to put good info in the players heads.  Then on game day they have different ideas to work from.  Goal are hard to come by, so be patient and work hard.  There is so much to teach, but only if you are wanting to learn and improve.

The diagonal pass in soccer

This is a pass you just don’t see much of in youth soccer.  Usually everything is very direct or it is a square ball played out wide.  The diagonal pass in the middle third or final third is a dangerous ball that your coach would love to see more of.   Most defenders are used to the direct ball coming straight at them or over their head, which end up going to the goalie.  So if players can learn to play the diagonal ball over the opposing defenders they are going to create some good 1 on 1 chances.

Once the ball is played from the middle to the corner or outside from a diagonal ball players need to be making runs in the box.  The initial ball played into the corner might not be the one that score the goal, but most likely will get the assist.  Then if the ball is played from the outside to the inside from a diagonal ball it could end up being a goal.  Players who can use many different passing methods/techniques are able to make higher level passes.  When you can pass different ways, you can get disguise your pass, release it faster and smoother.

The through ball is a pass that can break down the entire defense.  The key points to this are knowing how to weight your pass and also the direction in where the pass goes.  If it’s a direct pass (going straight to goalie) then you have to lightly weight your pass.  But then there is the diagonal through ball that can be hit harder since the ball wouldn’t usually go out of bounds or to the goalie.

Soccer passing drills are a great way to improve in this area.  First let it be unopposed so that the players get it done right and can focus on timing and vision.  Once the players have the timing down you can add a defender or two.

When people think of a through ball they think that it has to go through the defenders.  This is not the case every time.  You might be on the sideline and have space between the defender and the sideline to pass the ball. This would be a through ball.  Any ball that is played past the line of defense.  When it’s timed right there are very few defenders that can stop it.  The best time to make the pass is when the runner is just even with the defender.  This gives your teammate (player making the run) an advantage because they are running, while the defender is usually back pedalling or shuffling.

Score goals in soccer with a back post cross

While the ball is wide, most of the players are usually on the near side with the ball.  So if you were to cross the ball to the far post it creates a 1 on 1 with the forward and defender.  So if players don’t hit the long ball or cross well they will have a hard time creating 1 on 1 chances this way. 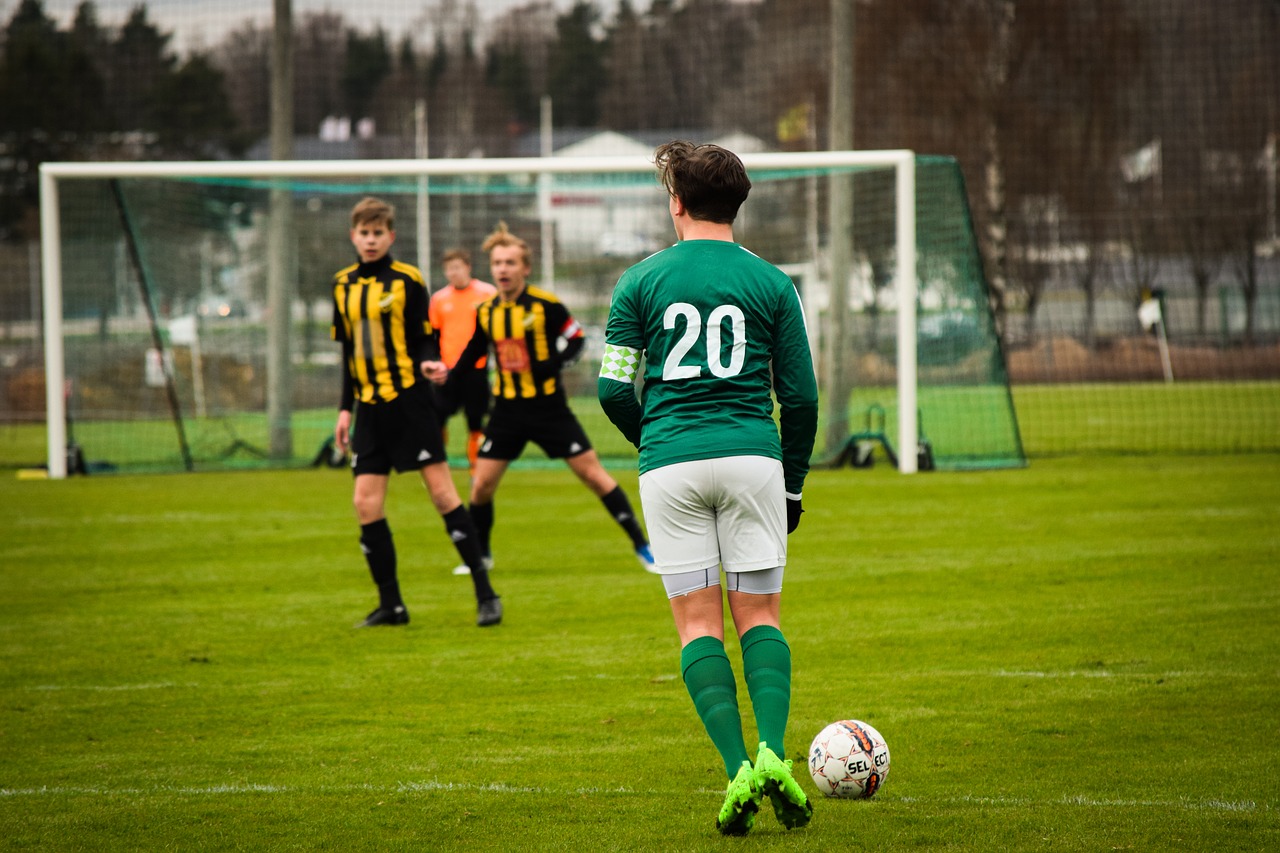 In the final third of the field is where all the goals happen.  It’s hard to score goals in soccer when playing good competition or teams that “park the bus”.  Parking the bus means keeping most of their players in or around their own 18 yard box.  This makes it hard for even some of the best teams to score goals.  Most young soccer players would think to just shoot from distance.  Maybe this works, but if the goalie is good your chances are slim.

In the final third when the opposition ‘parks the bus’ you have to be patient.  Continue to possess the ball in the middle and final third.  Spread the defenders out by getting the ball wide. This pulls the outside back and center back out from the middle, allowing you more chance to score with good service into the box.

Remember most goals are scored from between the six yard box and the penalty area.  Most challenges will be won by the defenders having larger numbers, but goals will come with good finishing and passing skills.

So combination soccer passing is going to allow players to get free from defenders and score. Typically a good defensive team keeps at least 1 extra player back when defending.  This way the team is safe from a mistake, and the extra person can help.   But if  a team can combine passes with quick 1 touch passes you are able to get in behind the defense with clever runs.

Watch Barcelona or top pro team and you will see that 3 attacking players can score on 5 or even 6 defenders.  This is because no player is faster then the ball, which means quick precise passes will beat even the fastest & smartest defenders.

Ages 6-8 have a hard time controlling their body let alone being able to have great passing skills yet.  These things come after lots of practice time.  The main way they need to know how to pass the ball is with the inside of their foot.  The reason is because 90% of their passes will be used with this technique.  So the toe needs to be up not down and the connecting point is just under the upper hole of where the laces tie. 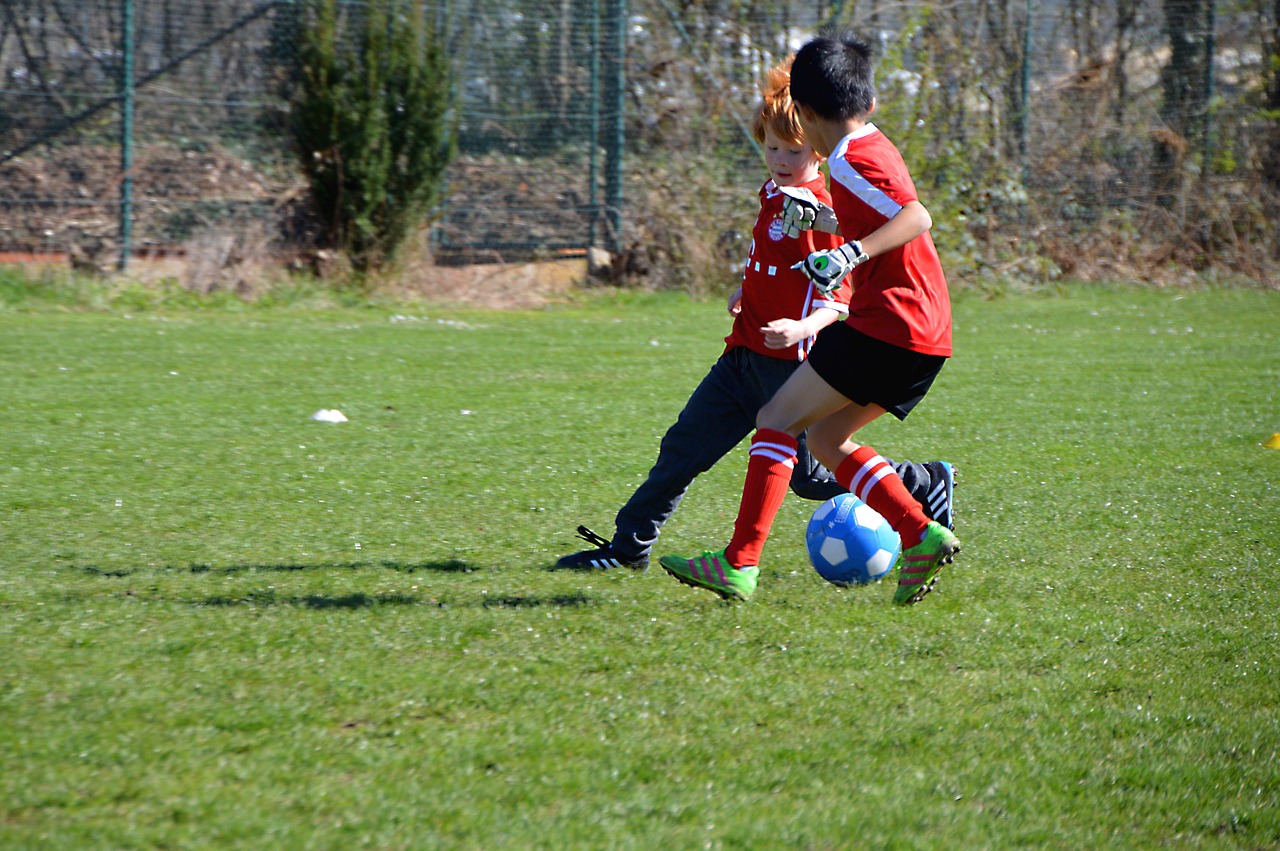 To pass the most common way you’ll use the ‘push pass‘.  There is a small bone on the inside of the foot that is the part you want to use.  I’m not talking about the bone that connects with the big toe, as that’s the one to bend the ball. For the push pass you use this little bone shaped like the edge of a marble.  It’s under the ankle bone.  Most players are just told to use the inside of the foot, but to me that is not good enough.

You need to know what exact part!  Truth is most 15 year old select players don’t know the answer.  If you ask them they will just pat the whole inside of the foot.  But if you ask them “show me with your finger tip” they will not know. This is because they are not taught by most coaches #1 and then #2 when they are taught they don’t remember.  It’s kind of the same as parents telling their kids to shut off the lights in their room… They forget lol.

Often times you see players lose the ball because of their lack of passing skills.  Either because they are only good or comfortable using their dominant foot.  Or they only know 2 ways to kick the ball.  Plain and simple…  Most players and parents don’t have a clue, nor will they ever know the science behind passing a soccer ball.

My story going from college soccer to pro

When I was drafted by FC Dallas of the Major League Soccer, I saw how far behind I was at the “simple” things.  Passing a ball!  Youth – high school players think they need to have ‘skills and moves’, but you don’t.  You need to know how to pass the ball with both feet and to be able to use different techniques.

Just to name a few different techniques: Chipping, bending in, bending out, low driven balls, long balls, outside push pass, redirecting balls out of the air, on the ground, off the hop.  I could go on.  Now it’s how good can you become at these passing skills.  First you practice without pressure and then you become good under pressure. 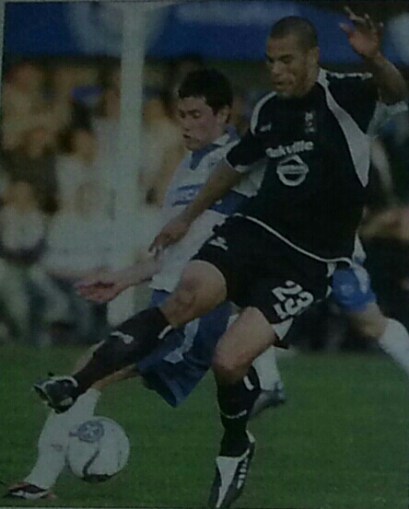 Find out what soccer players, parents and coaches are asking the most + get the answers!
SUBSCRIBE TO NEWSLETTER
« The Sneaky Six: 6 traps preventing athletes from reaching their highest sustained potential & the warning signs that parents can’t ignore
Touches on the ball hurting soccer development »