When it comes to developing as a player, what you work on should depend on age, level and desire.  Whether players are ages 7-8 up to high school, college and pro, there needs a mix of different methods.  In regards to opposed vs. unopposed soccer training, I explain below how both benefit you as a player. 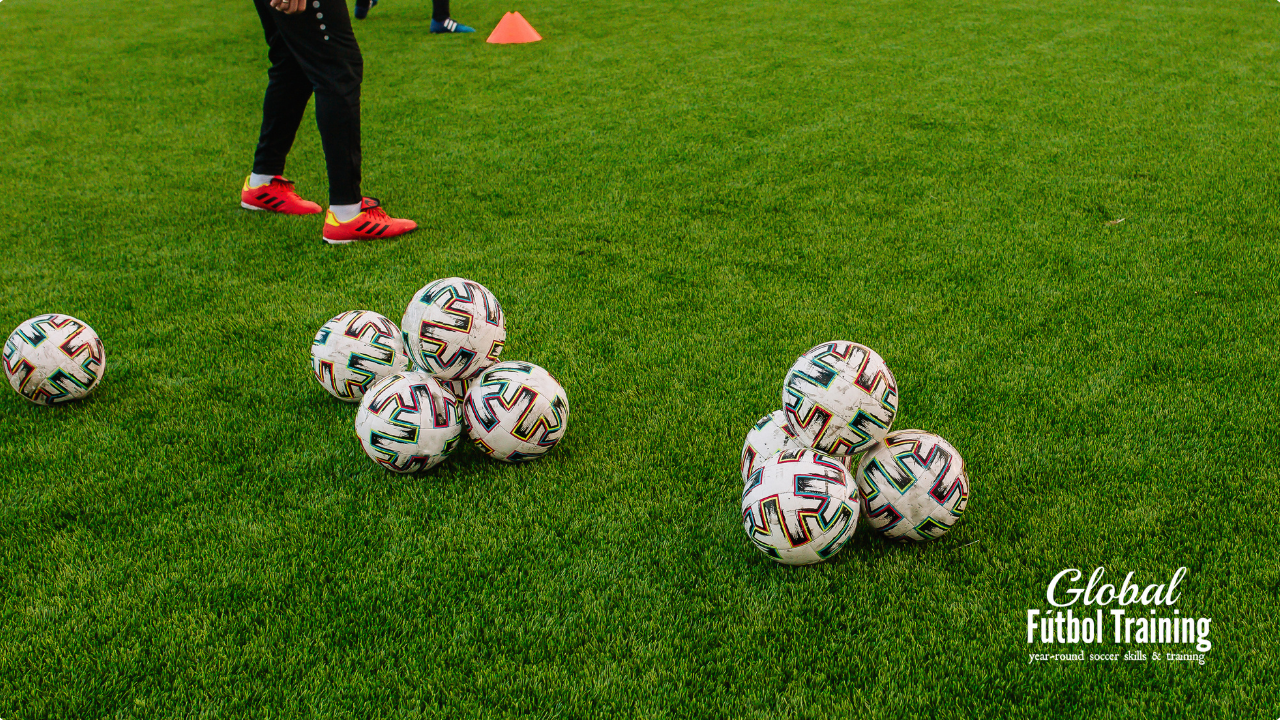 In short, to improve technically and mechanically [form] unopposed is best.  Whereas to deal with pressure and learn when to pass and move opposed is best.

A player can do 100% opposed training and become good at dealing with pressure, but their form might be incorrect.

The same player could have only worked on unopposed and become technical, but freak out with pressure. This is why you need both.

Opposed soccer training is where you have pressure from an opponent during your training.

This forces players to think, react and make correct decisions and in many cases also helps with moving on and off the ball.

Unopposed soccer training would be where there is not actual human pressure, while you’re training/practicing.

Things like dribbling around cones, target shooting, passing drills with no defenders trying to steal the ball.

Anything that doesn’t involve pressure from a defender is unopposed.  This is good for improving players form [mechanics]. 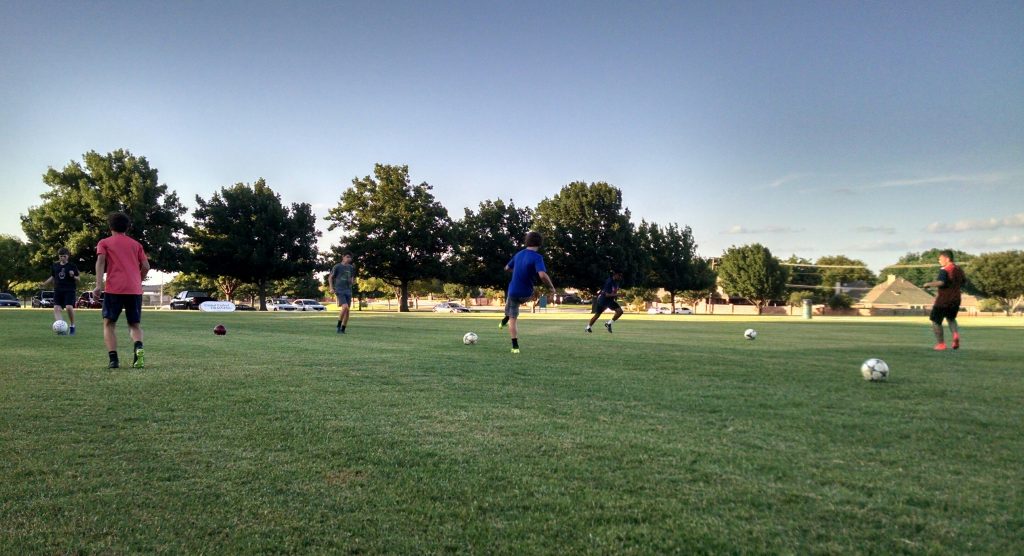 At the same time, if you are the best player technically, even Messi or Julie Ertz would tell you that you can always improve skill.

If players are not at this high level, 99% need more unopposed than these higher level players.  Y

ou can do all opposed and become good at dealing with pressure, but it very well could look ugly/sloppy.  This is why unopposed is also needed for most players.

Players need both, but in my opinion if you want to actually become better most players need unopposed training.  The reason is because when there is not pressure the player can mentally relax and focus on correct form [mechanics].

On the contrary like I say above, you can become very good technically, but then when there is actual pressure you could freak out/panic and lose the ball.  So there needs to be that fine balance of both opposed and unopposed.

For a rec player or team who has no desire to play in high school, I think scrimmage type practices [opposed] would be best because that is what they would enjoy most.

For a club level player who one day wants to play high school or college, they need unopposed training outside of their club team. One reason is because the club coach will mostly do opposed training.

Then the mix of club practice and outside club training will give them both methods of opposed and unopposed.

Teaching the give and go

Similar to basketball, the give and go is where you give [pass] the ball and go [run] into different space to get the ball back.

Teaching and learning the give and go can be done many ways, opposed or unopposed.

In the video below you can see players working in an OPPOSED 2v1 SITUATION.

For most players this is not easy because they are under pressure and have to see/find their teammate to pass the ball.

“Unopposed gives players the ability to focus on and improve form.”

To improve technically at Global Futbol Training we work mostly in unopposed situations.

This is what makes them sharp with the ball, improving passing and proper shooting form.

If you were to speak to a pro player they would tell you that the difference from college to pro is huge.  So most college players think they are better than they are and have no clue what they don’t know.

Natural ability can take you a long way.  There are college players who have high potential and if they would work really hard on the important skills like first touch and passing they could be better.

In the video below is of college players who I’ve known since they were 8-11 years old.  They now play for Penn State University, Texas Longhorns, St. Edwards and University of New Mexico.

With this high level we also work on 1v1, 2v1 and 2v2 [opposed] so that they are used to dealing with pressure and making quick last second decisions that you can’t make in unopposed training.

Again both methods [unopposed and opposed] are needed.

We mostly [80%] work in unopposed situations because that’s what I believe makes them better technically.  Unopposed sets them up for less injuries too.

What most youth coaches teach

Every coach is different, but most team coaches are going to spend the first 15 minutes doing basic/common “skills” training like volleys, dribbling/footskills and passing drills.  Nothing wrong with this BTW.

Then they are going to spend most of the time on opposed training like 1v1s, possession, rondos or scrimmage.

Now I can’t speak for every coach, but splitting a practice into 3 different elements is common for coaches who have a licence or experience.

If the practice is 90 minutes long, there is 30 mins of warm up and basic skills, 30 mins of passing or tactical sessions and then 30 minutes of possession or scrimmage to teach positioning. 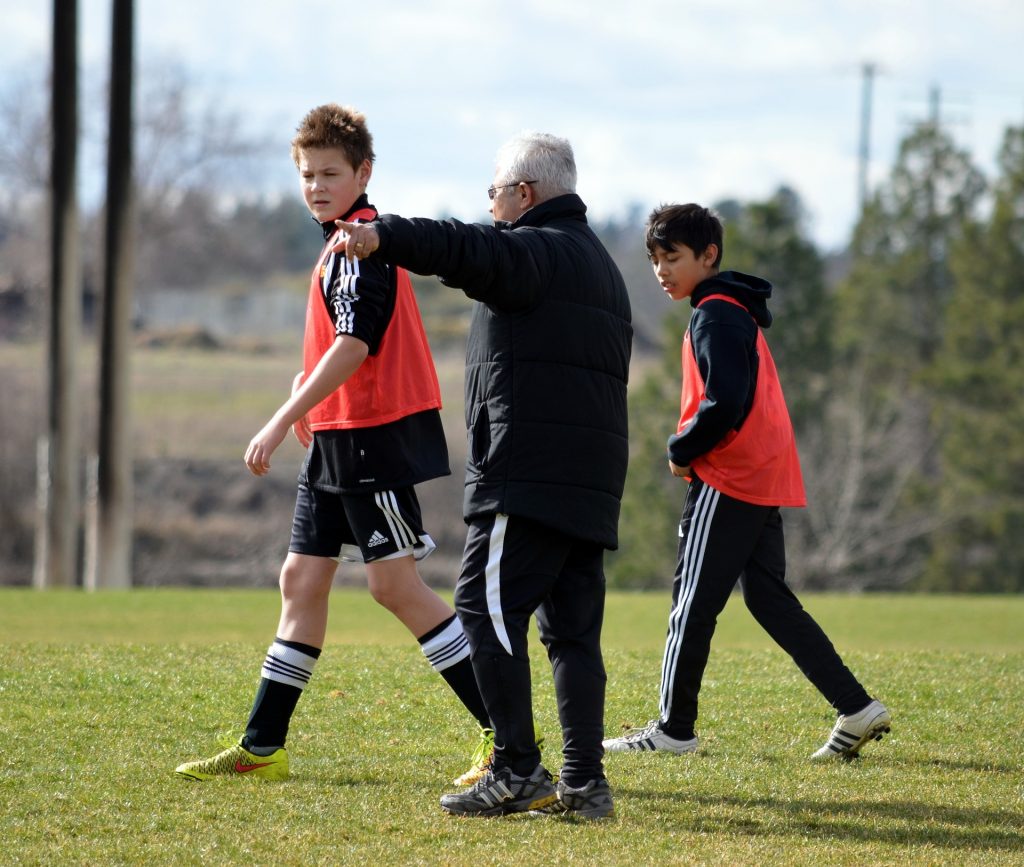 The top 3 reasons I teach mostly unopposed soccer training is because, number one I don’t coach teams and the team coaches are going to give them the opposed.

Therefore, I want to teach what the kids aren’t getting.

The second reason I teach mostly unopposed is because I don’t want the player getting injured.

Then the third reason is I love to help players improve form and technique and unopposed is the best way to do that.

Example:  This short video of a player working on side volleys… You can’t work on form and reps with a defender in your face.

As a youth player and pro player I was more athletic than most, but my weakness was having a really good first touch and being good at passing all the different ways.

Of course to play pro soccer and experience 17 countries as a player my touch was good/decent, but there’s a difference between good and great.

When it comes to futbol training I believe kids need to learn as much as possible.

Meaning, be introduced to many different ways to pass, trap and shoot.

Most kids even in HS and college NEVER learn how to bend the ball, chip and many other important skills.

In saying this, I don’t mean players need to work on something new and different every week.

Sure, I think most weeks they should be Introduced and learn something new, but coaches need to explain why we work on certain things more than others.

Example: There are certain “skills” I work on with my trainees every week.

Soccer skills you need to be constantly doing

The reason we work on these things/skills all the time is because this is what will present itself on GAME DAY.

It’s like the late Kobe Bryant who was arguably a top 5 all-time NBA player, who would spend hours on his own working on the basic fundamentals.

Kobe said “If the rookies want to train with me, they better be ready to work on the same things over and over.”

So when it comes to training – I believe most youth players need to work on both opposed and unopposed training. 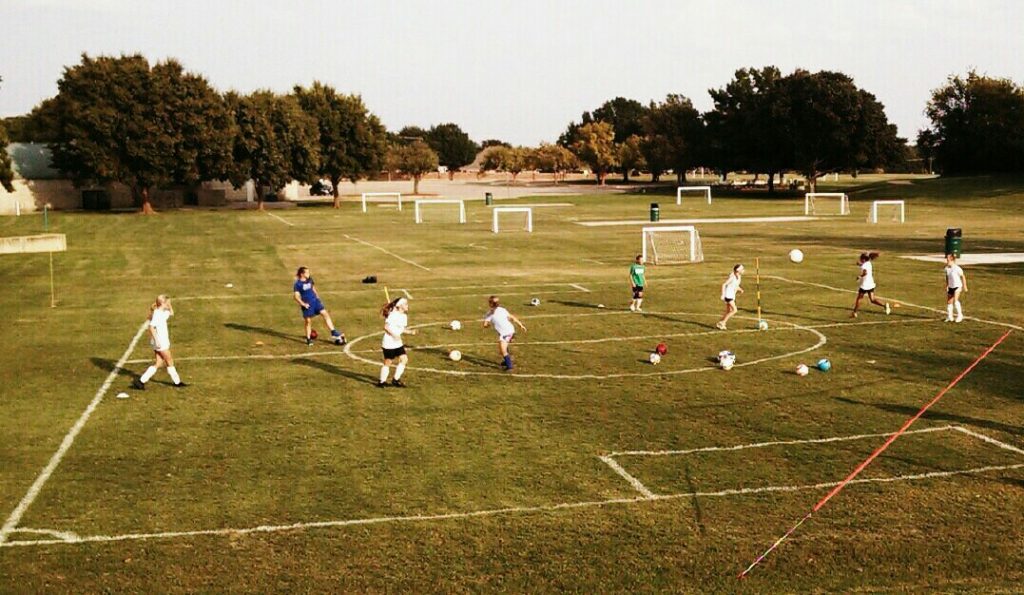 MLS players are athletic, but the difference is the EPL or La Liga [Spanish League] players are much better at 1st touch and passing – under pressure.

Conclusion for what players need regarding soccer training

In conclusion, for most players who are not pro or on youth national teams unopposed training is needed to improve form and learn uncomfortable skills that players wouldn’t do under pressure.

At the same time opposed training is needed to get used to solving problems under pressure and movement without the ball.

Usually where I see players benefiting is by learning how to deal with pressure [opposed] at their team practice.

Then either at home working on your own or hiring a skills trainer is where you work on your craft.  Focusing on technique and form in low pressure [unopposed] situation.

« What is too much fitness for youth soccer?
Fun soccer drills for youth to high school »