Learn how the through ball will help you score more goals – if done right.  Whether it’s a age 7 rec team or a U16 team, this skill is very much needed.  Not only do the kids know what a through ball is, but they need to know the different ways.  Too often we see passes that are direct/vertical, therefore end up going to the goalkeeper.  Through balls need to be often times diagonal.  This could be a ball in the middle of the pitch played (passed) diagonal into the corner.  It could also be a ball that’s already wide and played into the middle.  Let’s look below to learn more. 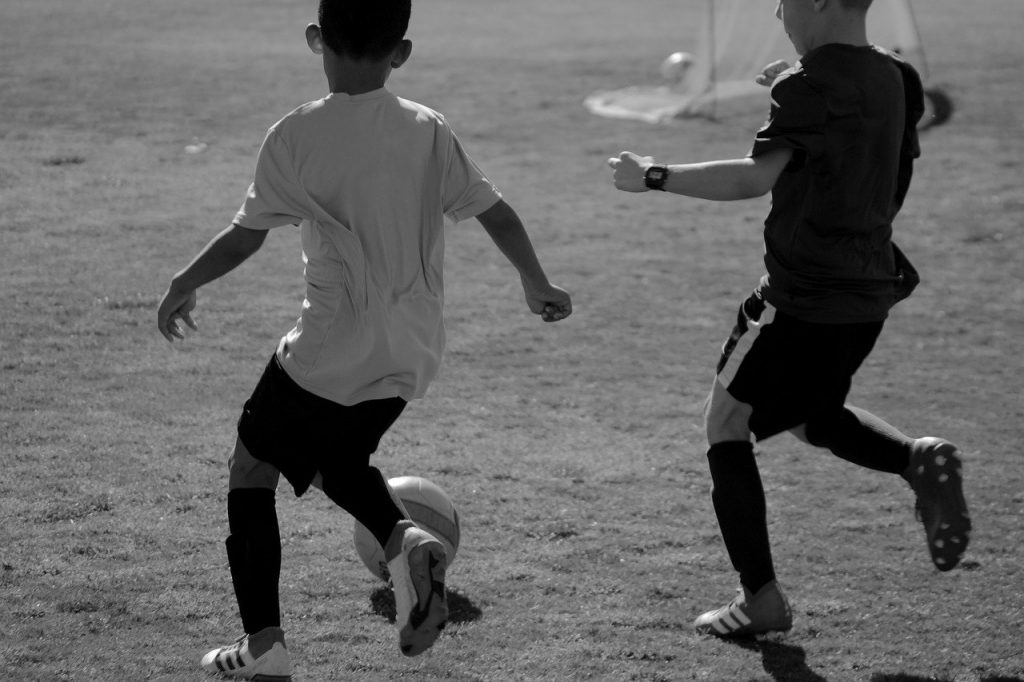 Teaching the timing of a through ball

Passing a through ball as your teammate (who’s making a run) is even with the last defender is a great time to make the pass.

Of course there are times you can release/pass the ball a little earlier.  It all depends on the situation.

What I like about passing when the player making the run is even with the defender is it gives them a better chance to be first to the ball.

Take a look at the video below showing a variety of good and bad timed passes and runs.

Direct passes are the most common in youth soccer…

The problem is these passes are played straight up the field and often times end up going to the keeper, therefore need to be passed with lighter weight.

Soccer players who are not yet trained how to make better passes do this because they are in a rush to score.

Those who have more experience understand that you don’t have to be in a rush.

At a higher level – direct passes are least effective, but sometimes very much needed.  The reason is because there’s not much space between the pass and the keeper.

Whereas the diagonal ball has more space before going out of bounds and the ball doesn’t go into the goalie box / aka 18 yard box.

The key for the direct route is for the pass to be lightweight.

Video above shows an idea of how this can work.

Keeping the ball on the ground

Two of the best players I ever played with or against were Brazilian Legends  Romario and Zinho World Cup Champs.

First let me get this straight…  These guys had much better careers than I did.  They were also at the end of their playing days when I was still in the middle of mine.

Anyhow, one day at practice/training in Miami, we had a session where one player kept passing the ball in the air.

One day after practice, Zinho was singing in the locker room.  I couldn’t understand much because it was a mix of Portuguese and English…  All I could hear was “Keep it on the ground” as he beat on the table like a drum:)

If you watch how Brazilians play, most of their passes are short, accurate and on the ground.

This doesn’t mean we can’t pass in the air…  Sometimes you need aerial passes. Crossing, clearing, switching the field often need to be passed in the air. 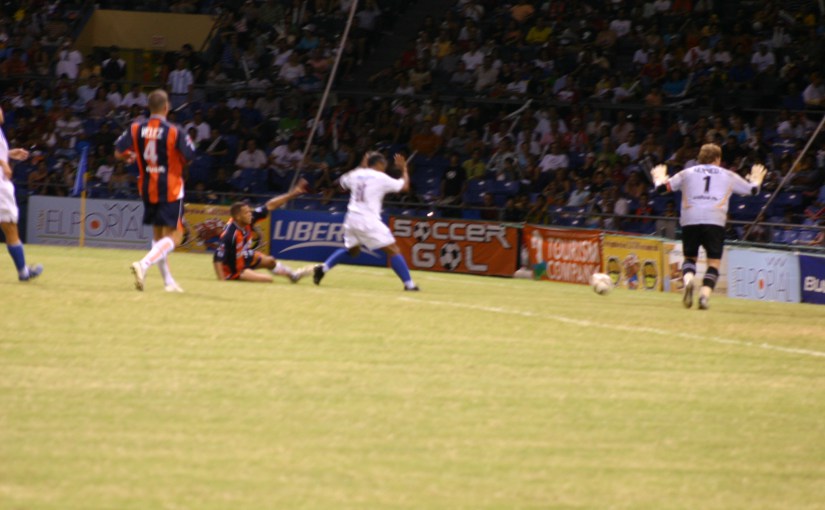 My story playing with and against Romario and Zinho was from a trial in Miami.

I ended up signing with Puerto Rico Islanders in the same U.S. league.

As great of players as they were they also were humble professionals.  Picture above is Romario pushing the ball too far and jumping over me, as I slid for the ball.

Passing in the air

Again, I don’t want you to think that a through ball has to be passed on the ground.

Note: this is different from a ball played ‘over the top’.  The purpose is the same.  The difference is through balls in the air could be a ball that’s about 6 feet or lower.  A ball over the top would be a pass above players.

Let me explain the times you would want to play a through ball off the ground, compared to on the ground.

When defenders are close to each other or in the passing lane/window they can intercept the pass.

What you can do instead of passing the ball on the ground is chip or drive a pass a little higher (waist or chest high) so that the defender can’t get their foot on the ball. 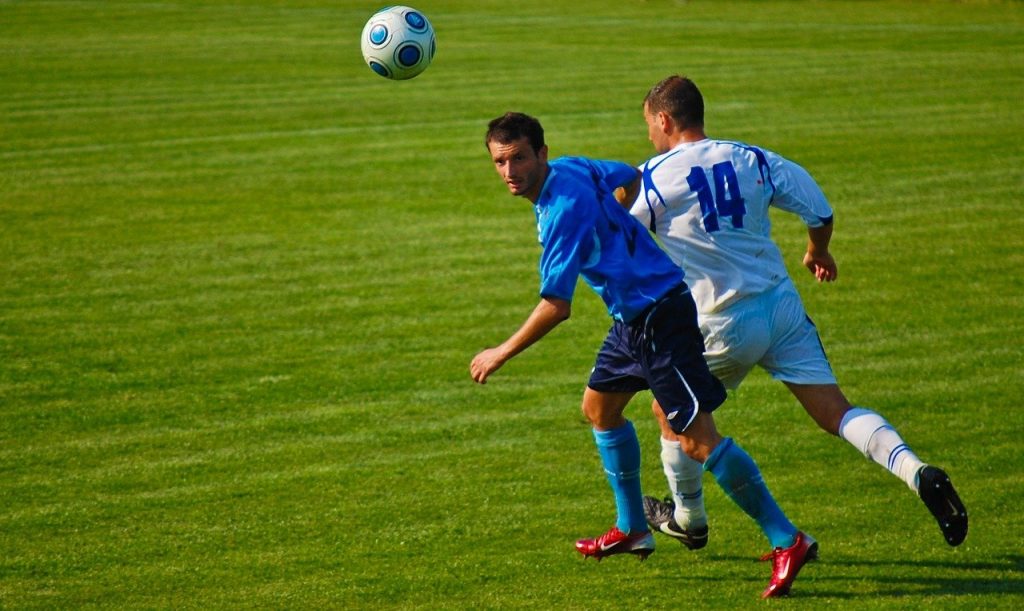 Knowing the weight of the pass

It’s one thing to have passing accuracy.  It’s another to know how much weight to use on your passes.

Many kids will say they only know how to pass hard.  Maybe their coaches have told them to pass harder, which is needed.  There are other times when the pass needs to be soft.

Practice on our own or with a partner by simply passing the ball to targets at different distances.

Make a fun game of “soccer golf” AKA ‘foot golf’.   This will help you know how hard or soft you need to pass.

The more you practice the better you get.

Bending the ball around defenders

Being able to bend through balls around defenders will take your game to a new level.

You can either pass around the defender into space or to your teammates.

If you can only pass the ball straight, you have less options from if you can also bend it.

Learn Why Bending is effective and How to do it.

Every through ball doesn’t have to be an assist

In conclusion, futbol is a game of patience.  Sure, there are times when you need to score right away, but most of the game needs to have a plan.

One tactic is getting the ball wide to draw defenders out of the middle.  Also try switching or changing the field a few times to keep your opponents wondering.

If your plan is to kick the ball forward every time to score it’s too obvious.  Defenders have a harder time when you change up your strategy.

Try playing balls into the forwards feet for them to lay it off to the midfielders.  Pass it back to your defenders at times. Doing this will stretch out the other teams shape, giving your mids more space to create.

Change from short and long passes to keep your opponents guessing.

Be patient in your execution.  Don’t force a pass that isn’t there.  Most players should play safe to keep possession.  With this said, don’t be afraid to play a risky pass in behind your opponents back line.