Pelé was a member of the Brazilian national team and is considered by many as the greatest footballer ever.  He’s known for his famous bicycle kick and winning 3 world cups, one at age 17.  Today kids think of the best player ever as either Messi or Ronaldo… That’s all opinion, but you can bet that Pelé is the hero to all the top pros. 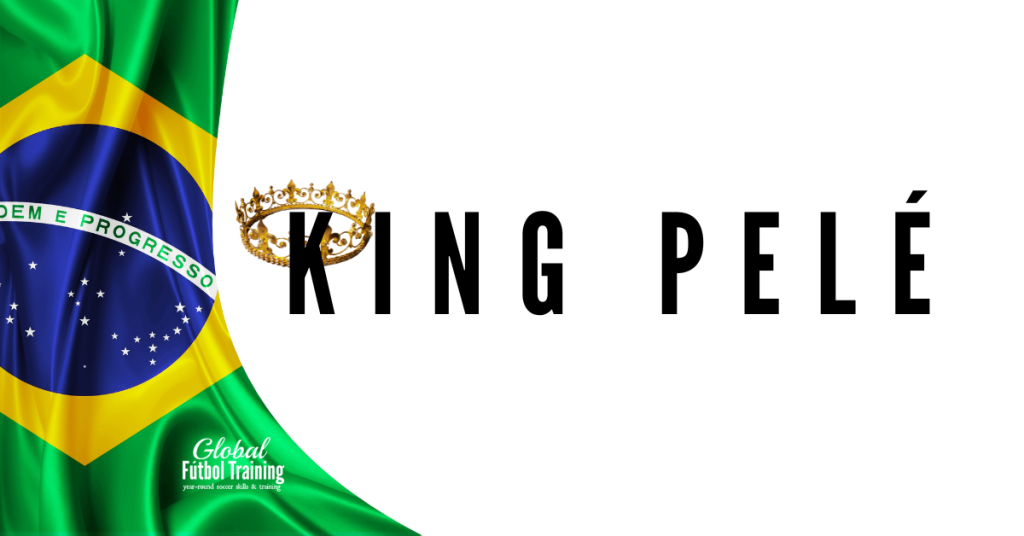 Futbol legend Pelé became a star in 1958 with an amazing performance in the World Cup.

Most of his club years (19) were with Santos FC where he signed his first pro contract at the age of 15.  By the age of 16 he earned a starting spot and got called up to the Brazilian national team.

Many big European clubs in England, Spain and Italy offered him contracts, but the government of Brazil declared him an ‘official national treasure‘ preventing him from being transferred out of the country.  For this he became the highest paid player in the world.

Later in his career he joined the New York Cosmos. In these 3 years he brought much excitement and passion to American fans.

He’s the main reason for the growth and success in the U.S.

Named FIFA co-Player of the Century in 1999, he is a global ambassador for soccer and other humanitarian causes.

“I think he is football. You are the real special one – Mr. Pelé.”  –  Jose Mourinho

Learn how to get a college soccer scholarship

Pelé [Edson Arantes do Nascimento] was born on October 23, 1940 in Três Corações, Brazil.  He was named after Thomas Edison and nicknamed “Dico,” Pelé moved with his family to the city of Bauru as a youngster.

His dad, João Ramos, known as “Dondinho,” struggled to earn a living as a soccer player, and Pelé grew up in poverty.

Young Pelé developed an amazing talent for futbol and would use anything for a ball…   In other words he’d use a grapefruit, rolled-up sock or anything that he could kick or juggle.  As long as he could play.

Imagine growing up poor and hungry and you use fruit for the ball instead of eating… That’s loving the game!

Besides using anything with a ball, Pelé would play anywhere… On the street, a dirt field – it didn’t matter. 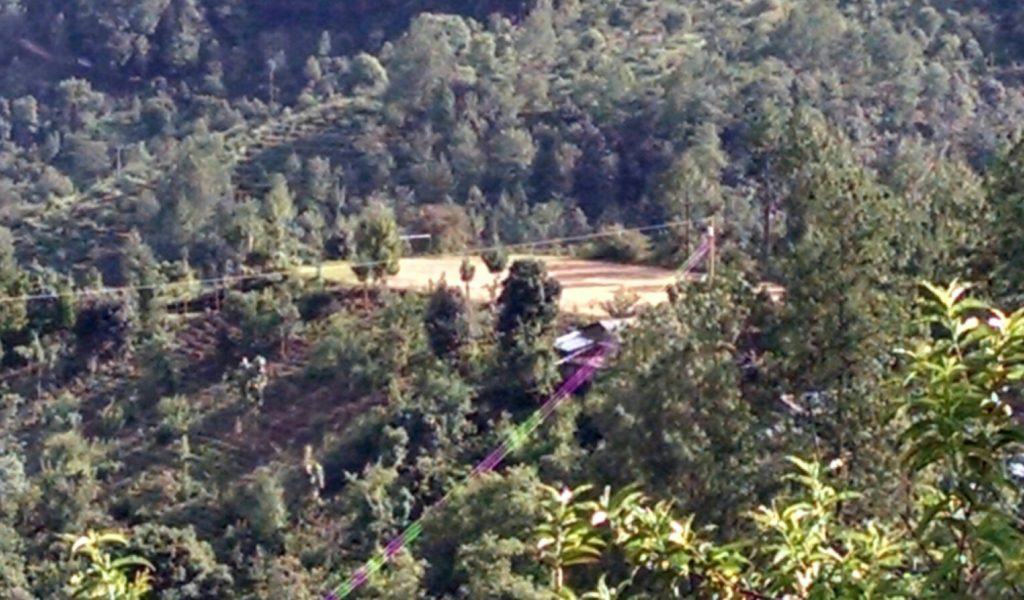 “Pelé is the greatest player in football history, and there will only be one Pelé.”  – Cristiano Ronaldo

Starting out his pro career

Pelé signed with Santos FC at the age of 15.  He led the league in goals his first season and was recruited to play for the Brazilian national team.

The world was officially introduced to Pelé in the 1958 World Cup in Sweden.

Displaying remarkable speed, athleticism and field vision, the 17-year-old erupted to score three goals in a 5-2 semifinal win over France. In addition, he netted two more in the finals, a 5-2 win over the host country.

The young superstar received offers to play for European clubs, and Brazilian President Jânio Quadros eventually had Pelé declared a national treasure, making it legally difficult for him to play in another country.

Regardless, Santos club ownership ensured its star attraction was well paid by scheduling lucrative exhibition matches with teams around the world.

Video history on the great Pelé 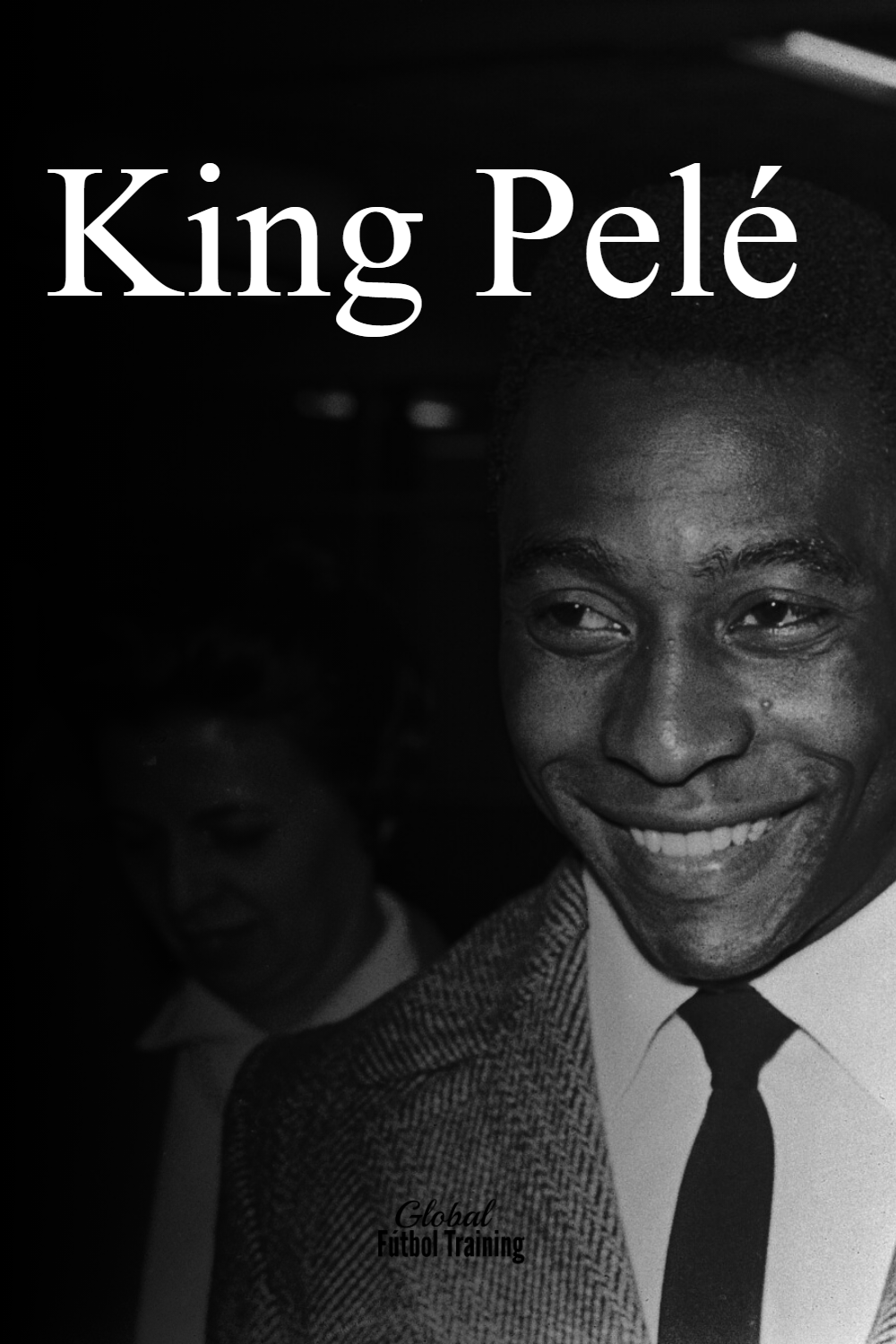 In the U.S. he played 3 years in the North American Soccer League [NASL] for the New York Cosmos.

Before Pelé came to New York, the Cosmos were an amateur level team.

The last league game he played for the Cosmos, there were 75, 000+ fans with celebrities such as Muhammad Ali, Henry Kissinger, Barbra Streisand and Mick Jagger.

After the season, the team took a tour in Asia and then came back to play one more friendly match vs Pelé’s old Brazilian club, Santos.  He played the 1st half with the Cosmos and the 2nd half with Santos.   The score was 1-1 at halftime with a free kick goal by Pelé, but in the 2nd half the Cosmos scored to end it 2-1.

In conclusion, Pelé should get more credit for making soccer in America grow!  Kids nowadays don’t know he’s the main reason for its popularity in the U.S.

Pelé is the reason, soccer is what it is in America today.  He should get more credit from the younger generations. 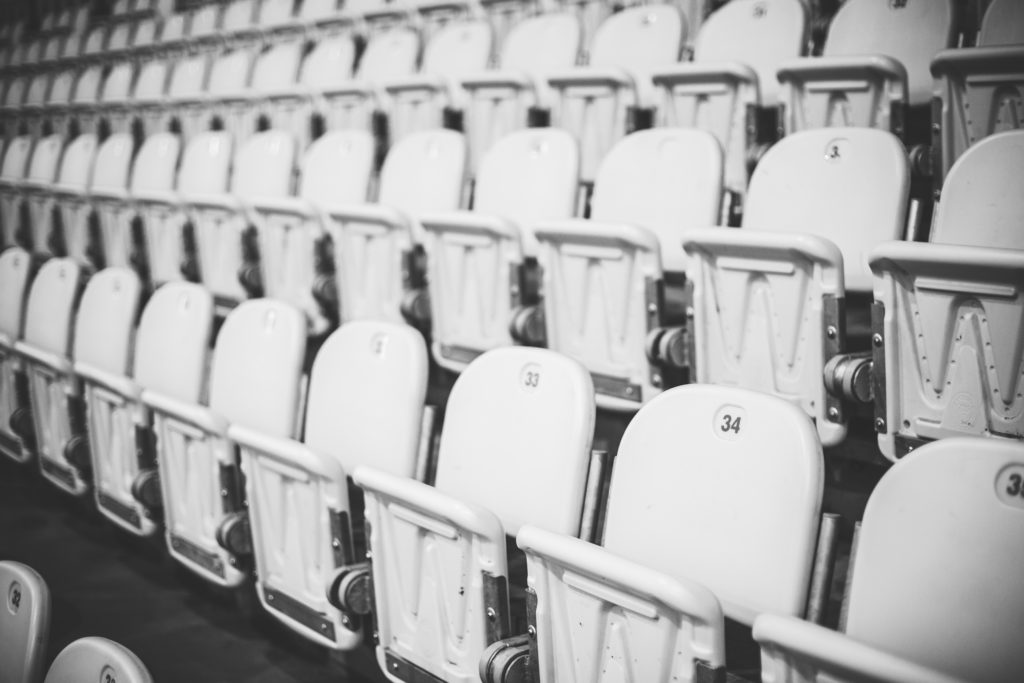 “Love is more important than what we can take in life.” – Pelé

The king of futbol stopped wars

In 1969 Santos FC did a global tour.  One reason is because they dominated South American football and wanted a different challenge, so they broke off and traveled the world.

One trip was in Nigeria where The two sides [between Nigeria and a secessionist state, Biafra] in the war agreed on a 48-hour ceasefire.  This way the games could be played out peacefully for spectators to come and watch.

Though the Nigerians did halt the war for the game to go on, Santos players could hear gun shots/fighting as they were in the airplane getting ready to leave.

In 1975 one week before the Lebanese Civil War – Pelé played a friendly game for the Lebanese club Nejmeh against a team of Lebanese Premier League stars.

Pelé scored 2 goals, but did not count them towards his official tally.

Some reports say he scored a total of 1,281 goals…  This counts both club and international – from friendly matches, tours, league games and tournaments.

Other reports say he didn’t score this many and that he kept a record of games that were not high competition…  Although, we know he didn’t count the goals he scored in Lebanon for Nejmeh, so it’s not like he was counting from every game.

Either way, he scored a ton of goals.  You can say that some of his club competition wasn’t the same quality as today, but he put the ball in the net.

Reminder, that he also had a time at the beginning of his career before red and yellow cards were handed out.  Therefore, he was fouled often and hard with no punishment to the opponents.  Not many players could play that type of futbol.