Which is better? Playing time on “lower level” OR sitting the bench on “higher level”.  This is a very popular question many players and parents have.  There are many scenarios, so it’s important not to compare.  Some players have the opportunity to prove a coach they can do it.  Other players need to instead drop down a level to gain experience and confidence.  Below you’ll learn some different stories to help decide what’s best for you.

For many of you tryout season is busy and oftentimes a little stressful.  During the tryout season I get several emails from parents asking what’s a good path for their kids soccer journey.

It all depends on the Individual, Age and Location.

For those looking for specific age group, there’s a short Age Breakdown below.

One thing for sure is, I believe Playing Time should outweigh a certain team or league.  No matter what age!

Playing time is the ultimate goal. 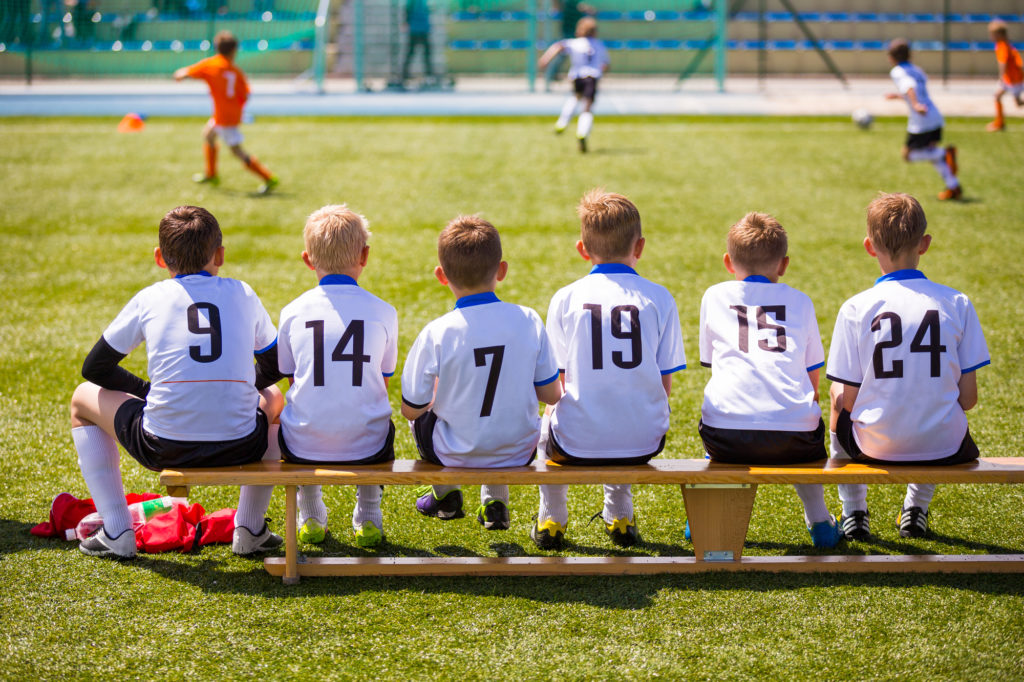 Your location matters in youth soccer

Smaller soccer towns don’t give the same opportunities, therefore you might have to stick it out traveling to play at the “bigger teams/leagues.”  I wouldn’t worry about traveling to a bigger club under the age of 12, but around 13-15 you probably need to make the move.

On the contrary, you might have to play in a smaller less competitive league.

Either way remember to keep training on your own.

Some kids play at big clubs but don’t develop because they don’t get the right training.  Location matters, but don’t let it be an excuse for not reaching your goal.

Now more than ever before kids from smaller towns who put in the work are improving because of technology.  Some of my favorite stories are from the small town kids who use my online ball control courses and end up playing for big clubs or even college later on.

More important than location is your mindset.  You can improve the right way, the main thing will be the competition or lack of.

You don’t have to play Tier 1, especially for girls.

I know girls who played Tier 3 all the way through HS and ended up playing D1 college.

There are about 30% more D1 programs for women’s college soccer.

Either way continuing to work on the technical part is the key.

Playing time no matter what age or level

Playing D1 college shouldn’t be the ultimate goal either.  There are D2 schools that are better than D1.  D1 means the school has a larger enrollment.  Of course the top 30 D1 schools are very good.

Either way the key is to continue PLAYING.  Why go to a big school and sit the bench for 3 years and finally get playing time your senior year.

Again, at every age let’s Enjoy the Now. Take it year by year. Have goals yes, but have fun and give yourself the best opportunity to develop by getting playing time. 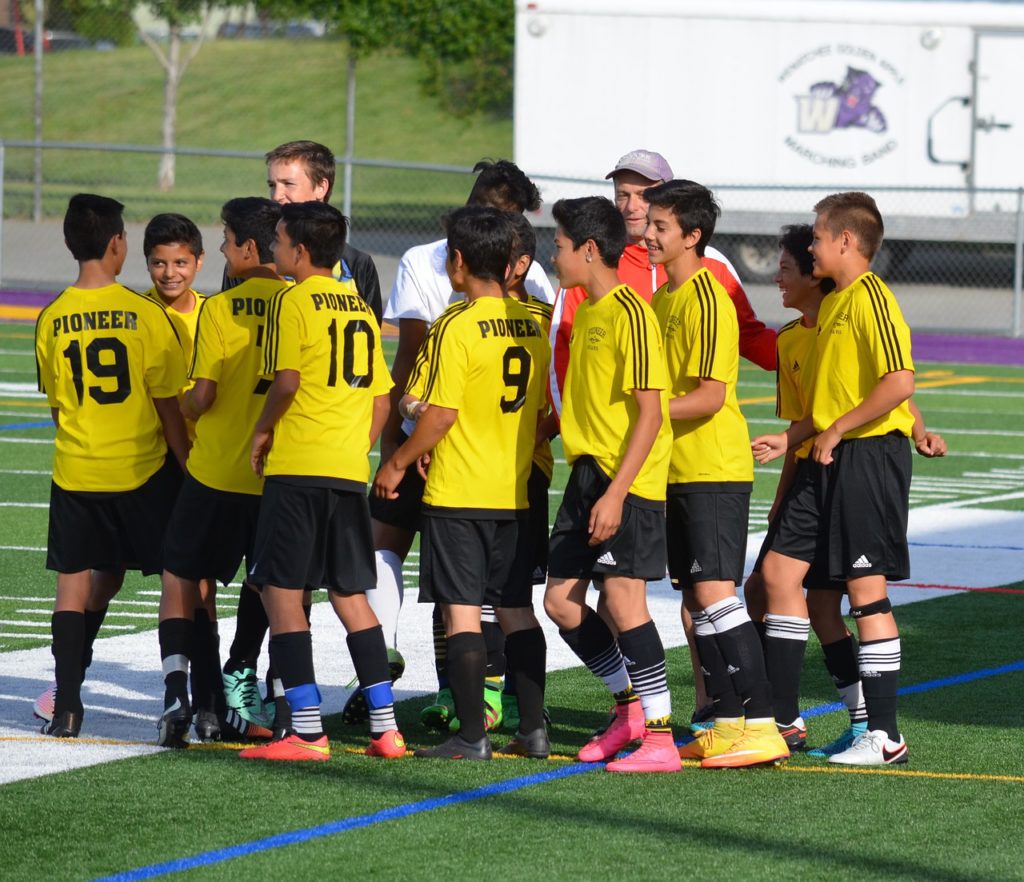 The stress and pressure of youth soccer

There are great youth players who are playing in the “Top Leagues” but are stressed out.  Some people think that if you go down a level you’ll lose the chance to play in the top league.  Not true.  Coaches are going to pick the best players MOST of the time.

Kids all develop at different ages and stages:
Don’t compare yourself with others and then get frustrated.  Keep working hard!  Remember stories like Michael Jordan who didn’t even make the HS varsity team his Soph year.

Some kids thrive in the best leagues at ages 7-10 all the way up, while for others it takes time to work their way up.

The individual’s personality plays a role too.  Parents know their kids best this way, so do what’s best for you.  Don’t worry about others.

Communicate with your family and decide what’s best.  Things change each year.

Pro footballer drops down not for playing time but confidence

COOL STORY How a Brazilian Pro player Boosted Confidence:
A few years ago there was a player (Paulinho) who started CM on BRAZIL and BARCELONA.   The year before & after Barcelona he went to play in the chinese league to boost his confidence.

We’re talking about a top world class player who went to play in a league that’s not even a top 12 league.

To play with less stress and raise confidence.

Yes, the money is good in China for top players, but it’s good in Spain too.

Sometimes that’s what youth players need.  Move down for a season to get playing time or even be a top 5 player.  Everyone can’t be a top 5 player I know, but if you can get out of the stressful “Am I going to get to play today” situation – do it. 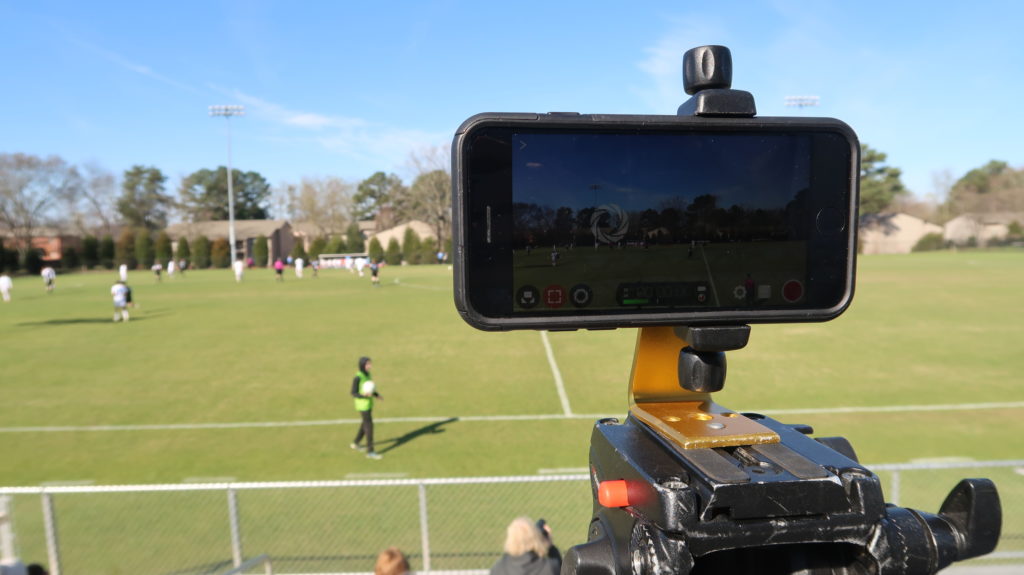 When do leagues start to matter if you want to play college soccer?

I think by age 15 is when leagues start to matter more, but developing on your own at home doing the ball control courses,  Also  wall passing drills and for some private or small group training is going to be how you best improve technically.

If a player doesn’t want to play college, than for sure club league level doesn’t matter.

College recruitment:
Players need to always improve technically.  Then by 9th and 10th grade get a great highlight video to send off to coaches.  Learn how a soccer highlight video can save you big money.  Be persistent in reaching out to them.  Bug them and show them you want to play for their school.  Reach out to 50-100 colleges.  Most only contact 5-7.  that’s not enough.  It’s hard work, but you can do it.  I’ve seen great players who never got recruited because they didn’t reach out to coaches.  Average players who are persistent will get in.

There is much more to talk about, so feel free to reply this email with questions.

Enjoy your soccer and remember it’s like life…  A rollercoaster.