One of the most popular questions parents and players have is how to beat a defender 1v1.  Most people think they need a “go to move” but that’s not the case.  Maybe in basketball a go to move works for players, but in futbol there’s more to it.  I think the best thing to know is you don’t even need a move.  Most of the time beating a players is changing direction and speed at the right time.

You don’t need a move to beat a defender 1v1

Thinking that you need to do a move will make you overthink.

Soccer players need more freedom than feeling they have to do a skill move to beat a player.

It is important to practice different “skills” but it needs to be done with the right purpose and understanding. 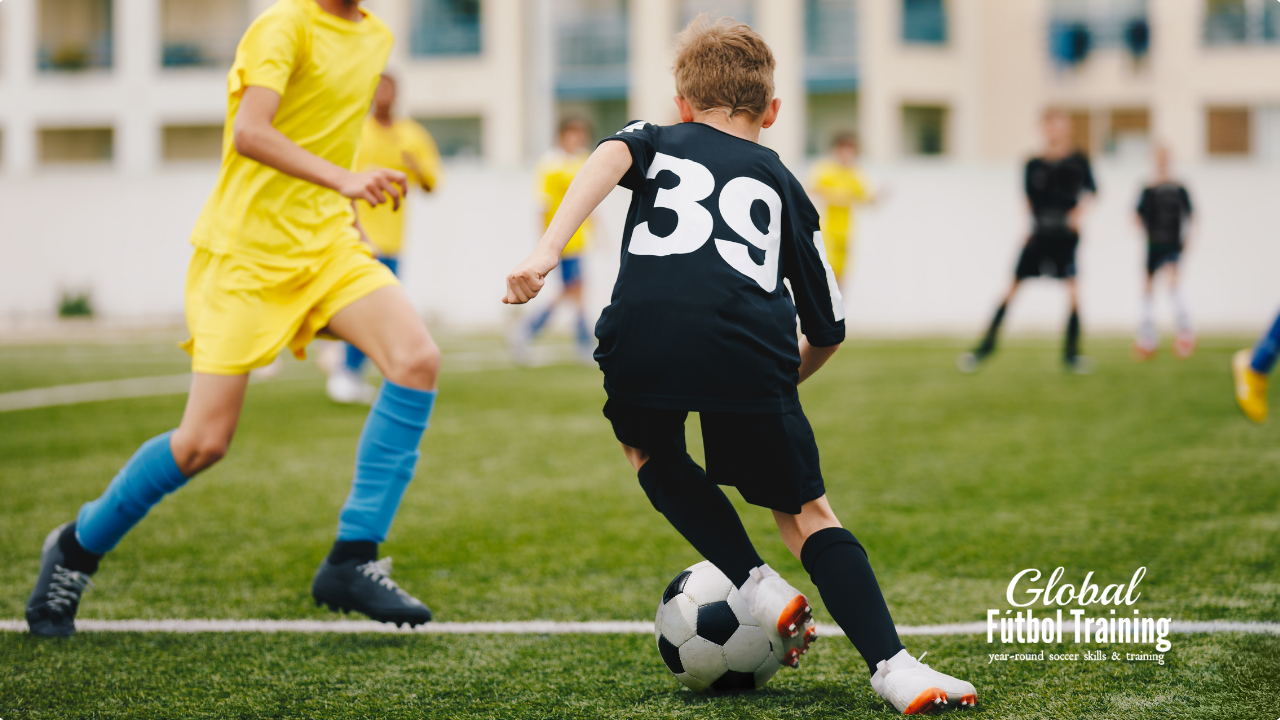 What you should be thinking with the ball

The last thing you should be thinking is what move to do or even when to do a move.  Instead you should already have learned the best ways to control the ball and then in a game or scrimmage it will be natural.

Let the game come to you, don’t force a move.

There are definitely times where moves will get you out of a sticky situation or buy more time or space.

I played against some great players who did have that go to move, but it was more that it was what they did more than anything else, but not necessarily used to beat a player with all the time.

A players personality plays a big role in this.  Some players think too much.  Feeling they have to do everything the coach says.  Respect the coach, BUT know that you have to take risks & play with freedom.

Try to know what you will do with the ball before you get it.

You need to sometimes have the attitude of ‘who cares what I’m about to do with the ball’.  ‘I’m just going to make a play – type of attitude’.   That’s how Neymar plays.  Having the freedom to create is needed at times.

To be comfortable beating players 1 v 1 you need to do a mix of unopposed and opposed training.   Meaning, some drills need to be with no pressure to improve your ball control.  The other part (opposed) is practicing game like situations.

To work on your ball control the 3 main focus points should be working on 1) being smoother 2) using vision and then 3) going at speed.

When working on being smooth – don’t worry about going fast.  Do it slow and teach your muscle memory to become as good as you can.

With vision you can work on dribbling or changing directions slow, but have your chin up.  Your eyes can be fixed 3-5 yards out in the grass so that you can see the ball AND 20-50 yards out.

When practicing 1 v 1’s you can do so much.  Mix it up with tight spaced and open space situations.

Example:  In a tight space situation (5×10 yard area) or maybe 10×10 work on beating the defender by simply dribbling to a marker or boundary.  Short 1v1 drill in a tight space.

In a more open space area you can start 30 yards from the goal.  Attacking player receives or starts with the ball with the defender 5-10 yards in front [goal side].

The focus is beating the defender on the dribble and getting a shot on goal.  This should be a big advantage to the attacker because of all the space they start with.

When to beat a defender 1v1

Depending on the situation makes the difference.  If you are dribbling at the last defender beat them at the moment you believe you can.

Some of you may be over confident and try to do this too early, so the distance is probably going to be when you’re about 3-5 feet away.

I personally feel that the 4 foot space is the best time…  It’s not too close where the defender can reach out and steal the ball, but it’s close enough where they will struggle to turn and be able to catch you before you shoot or pass. 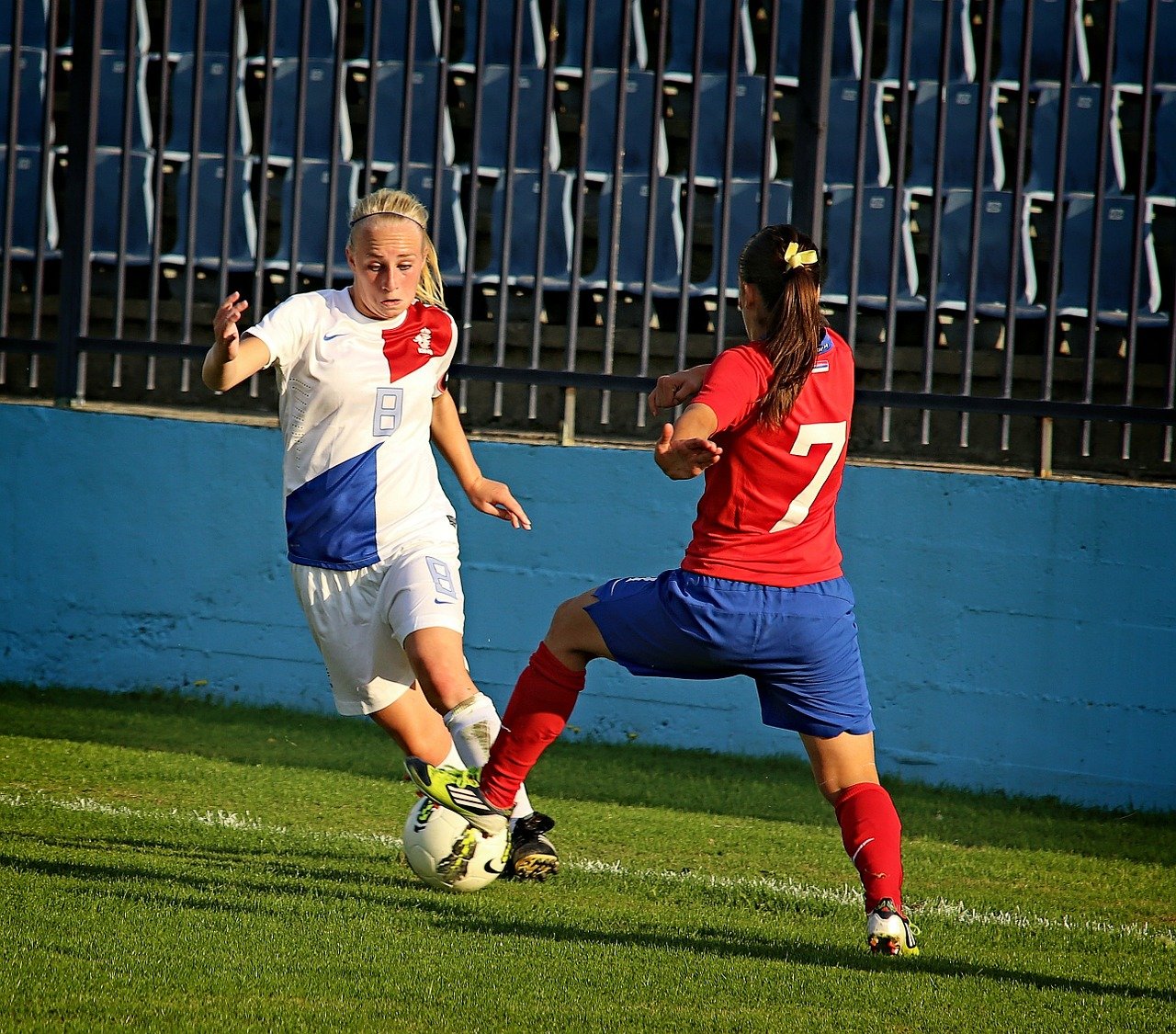 Moves can be used many ways and it all depends on the individual.

Some players are risk takers and others are very conservative and nervous with the ball.  You have to play with some risk, which means you could lose the ball.  But what if you don’t lose the ball?  You could end up scoring or setting up a goal.

To beat a defender 1v1 the best thing is to usually change your direction and speed with a simple inside or outside of the foot touch.

3 options to use going at the defender

The key is you want to keep the defender guessing.

Play with confidence by believing you can beat them, even if they are faster. 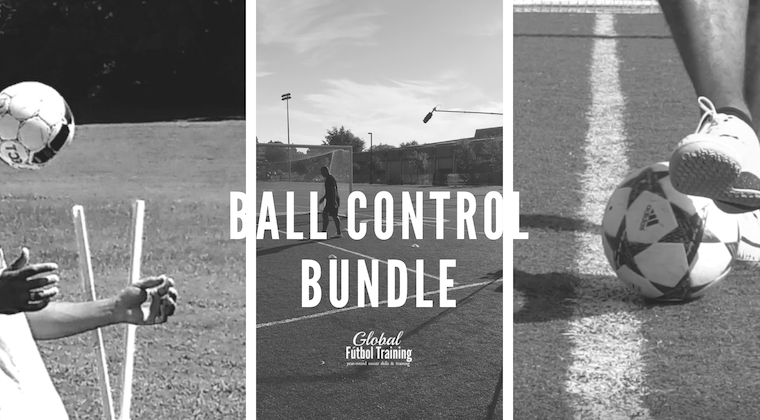 No matter how good you become, it’s important to know that the very best keep working with the ball.

Continued work has to be the culture if you want to be your best.  It’s part of the sports maturity that I’ve talked about before.

Some people think that they can’t improve anymore.  Others think “I want to stay sharp and get better” even if they are already great. Athletes like Ronaldo, Messi, Marta, Jordan, Bryant, Brady…

It doesn’t matter what sport, male or female.   99.9% of the best all have the same things in common and one thing is working on their craft.