Quickly learn how to set up a wall in soccer/football.  Find out who organizes the wall, how you position yourself and how many players you need.  Some of this depends on the distance from goal, but other parts is what you should do every time.

The purpose and how to build a wall

When it comes to the purpose of the wall, it’s to block the shot… So in building it, players need to stay close, so there’s not gap for the ball to squeeze through.

The players have to be brave and not turn or duck.

Video below, one of the best keepers in football history [Peter Schmeichel] explains more.

Who sets up the wall

The goalkeeper sets up the wall and communicates with the near post player.

Once the players first get together the one on the near post [left in the pic below] would turn and face his/her own keeper.

The keeper would stand at the near post [left] and point the direction he wants the wall to move.

Players in the wall can locked arms to stay close and move together.  Once in place unlock.  If you don’t lock arms it’s important you stay shoulder to shoulder.

Once the wall is set, the player turns to face the ball and the keeper goes closer to the far post to get ready for the kick. 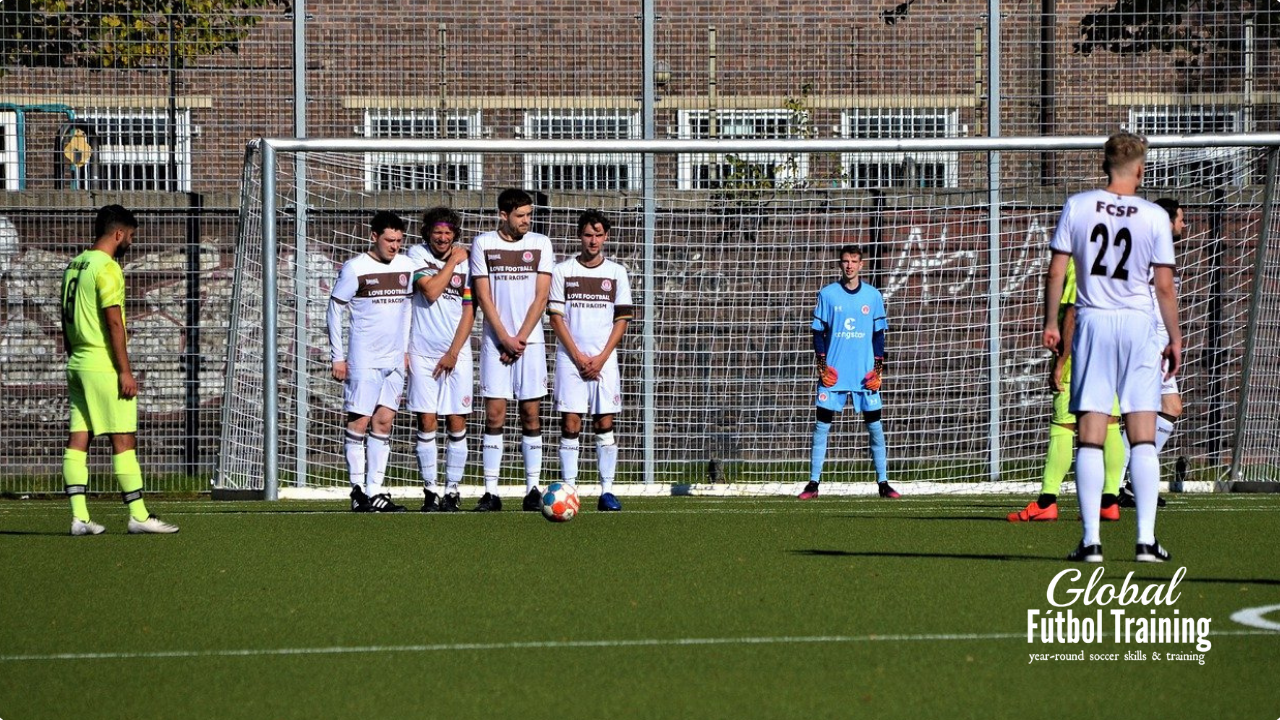 Where to set the wall

Ten yards from the ball, the wall quickly sets up side by side to protect the near post.

This way the free kick taker has to really bend the ball around the player on the end to score.

If you see the picture above the player in the wall on the left side is the one who should be covering the near post.  It’s hard to tell from the angle, but to for a player to bend the ball around the wall to the near post they would have to be a left footed player. Vice versa on the opposite [right side]. 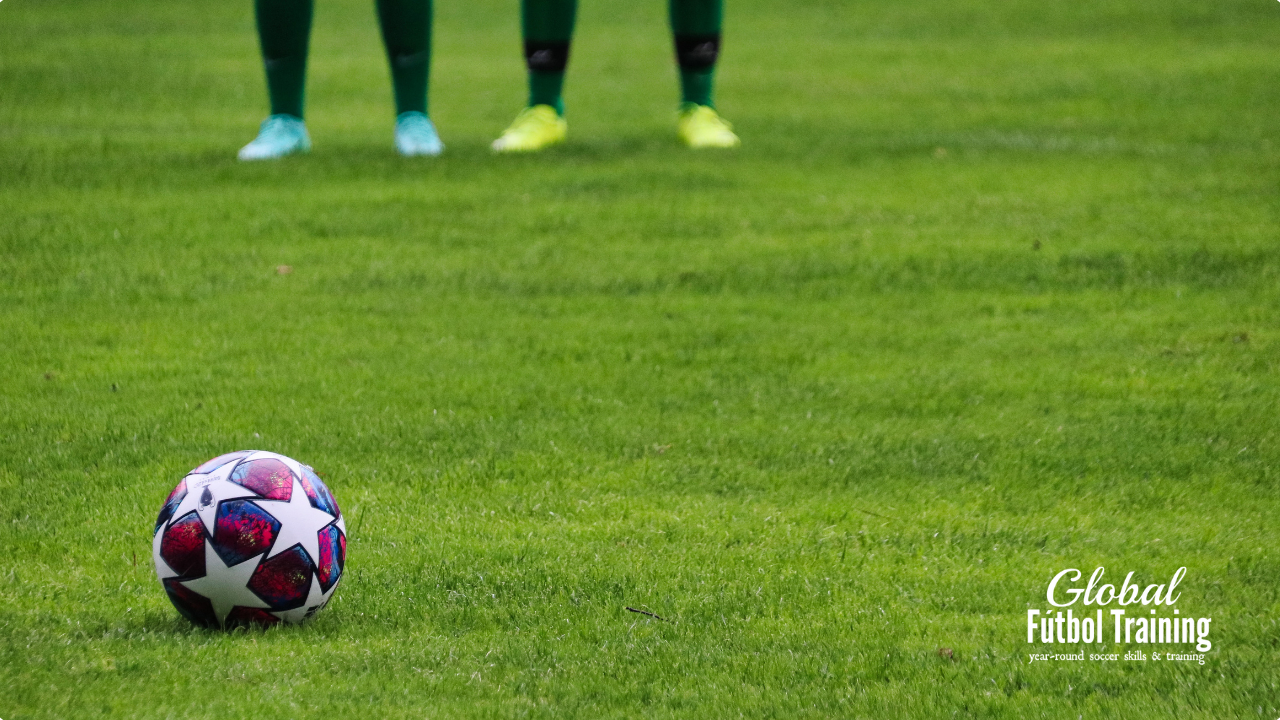 How to position yourself in the wall

The players need to be shoulder to shoulder so that the ball can’t squeeze between players.

When standing there you want to put your hands out in front of your hip area and tuck your chin in.  This way if the the ball comes at you, you’re protected.

The first picture above shows 4 players…  The two on the right are standing with the best stance. 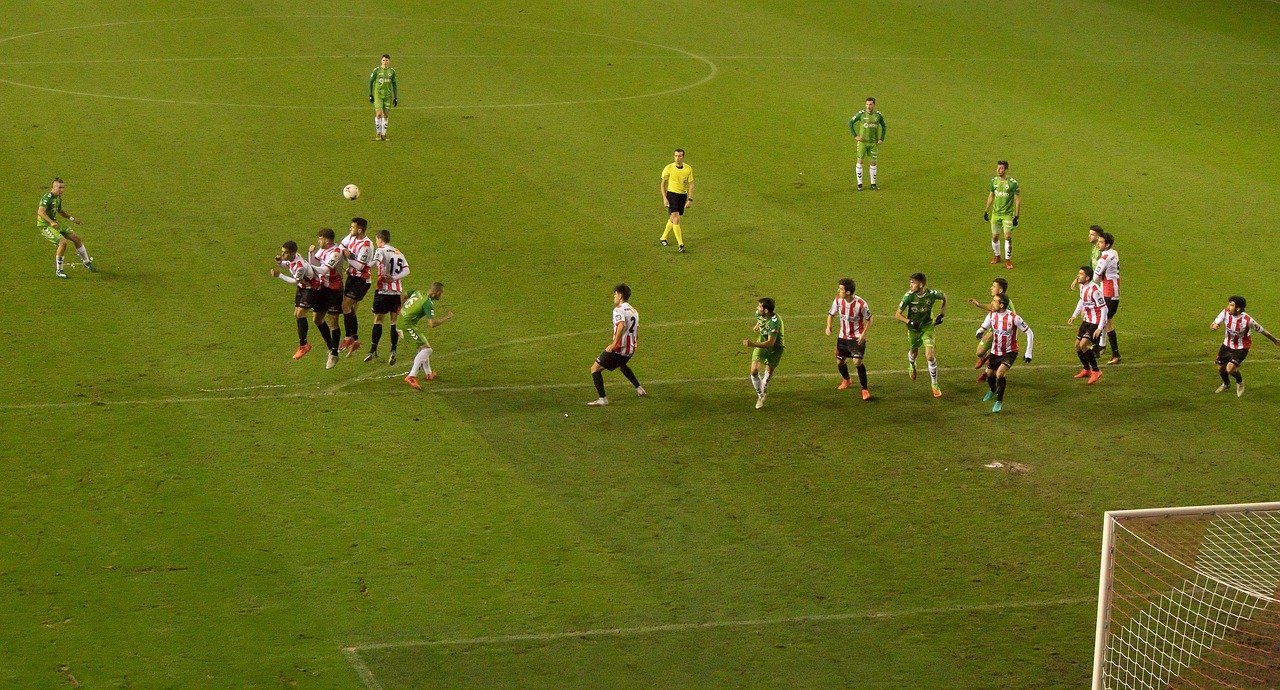 How many players do you need?

Depending on the distance and location of the free kick, you can have 2-5 players in the wall.  Usually you see 4-5.  The further out the less amount you need.

Nowadays you’ll see on TV [pro games]a player will lay down behind the wall.  Usually they’ll turn their back to the ball facing the keeper.

The reason for this is so that the wall can jump. The player laying down protects the goal in case the shooter aims below the players jumping.