Unfortunately I cannot take credit for any of these soccer memes, but they were too funny not to share! Most of soccer memes, but one is a basketball & soccer meme. If you remember before Lebron James won a championship with the Miami Heat, he had a hard time with the media. Also who can forget Luis Suarez in the World Cup biting the Italian defender? Something about making fun of the best athletes to make people feel better about their own athletic ability. Enjoy! 🙂 In this picture the player are reminding the ref that an opponent is receiving his second yellow card.

This results in an ejection, which helps their Barcelona team.

Great meme making it look like they are asking the referee for two penalty kicks. 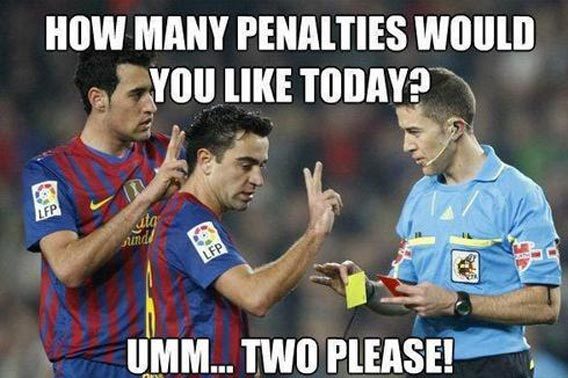 The Ronaldo vs Messi deal goes on as they both continue to be the only two players that keep winning World Player of the Year or most goals in a year, which is called the Ballon d’Or. Ronaldo comes in 6th place All-Time for most goals scored, while Messi comes in 8th All-Time.

Ronaldo and Messi at the beginning of 2018 were both nearing 600. Such a great striker, but will and should go down as being remembered as the player who bites.

You want to talk about sportsmanship, well it’s lacking when you bite 3 different players.

And not that it makes it worse, but it kind of does that he did this in big matches with cameras everywhere. What was he thinking? I think he is so competitive, that his frustrations and anger completely took over without him even thinking what he was doing. 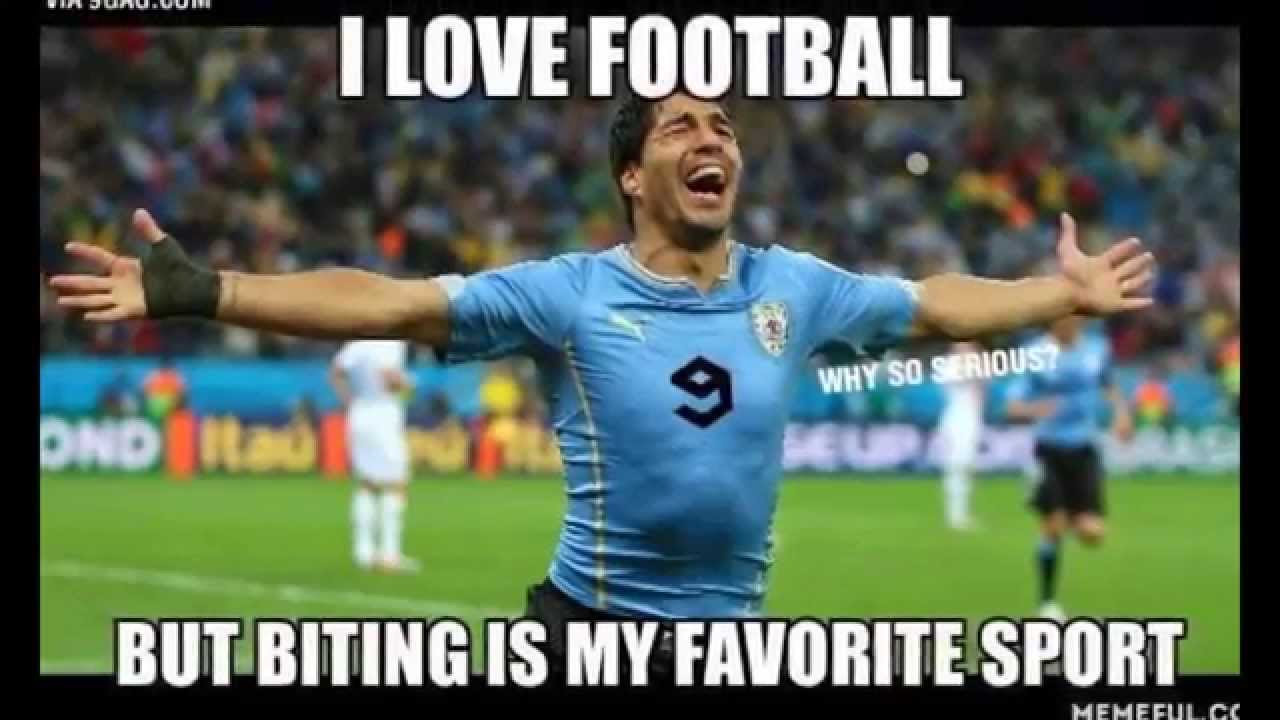 Video of Suarez biting all 3 players

Messi & Ronaldo get all the hype

Love watching both of these players.  We have all been lucky to watch them dominate the world stage for over a dozen years. One of the best soccer memes of 4 top national teams, Germany – Attack till we die, Spain – Pass till we die, Italy – defend till we die and Portugal – pass to Ronaldo. Some players love to dribble… 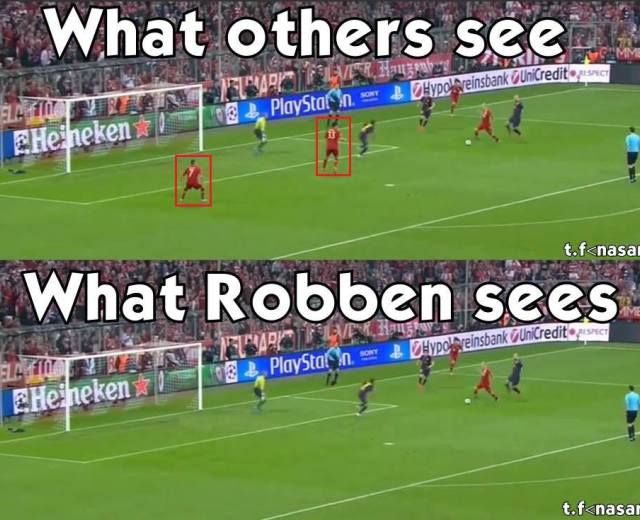 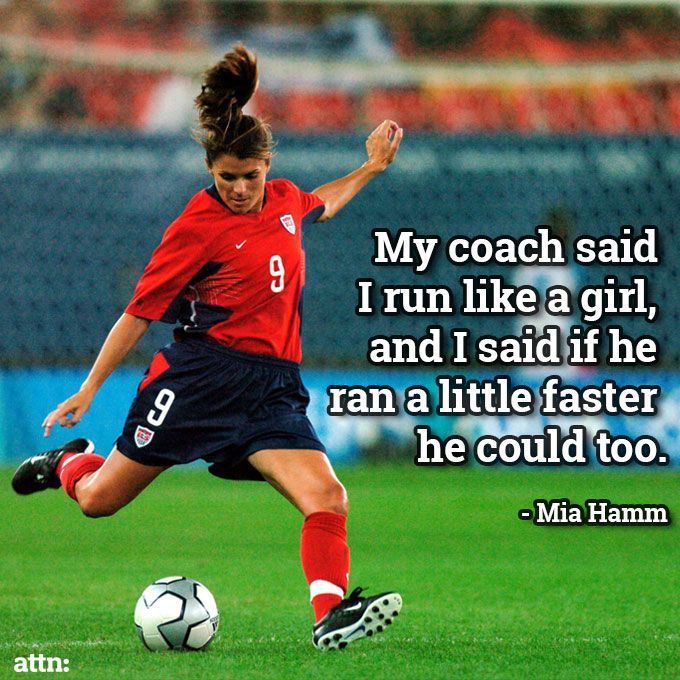 Fernando Torres when he played for Chelsea in the EPL.

Before and after he spend time in La Liga with Atletico Madrid and of course the Spanish National Team. More of the best soccer memes

This pic below is the face of every footballer from time to time. 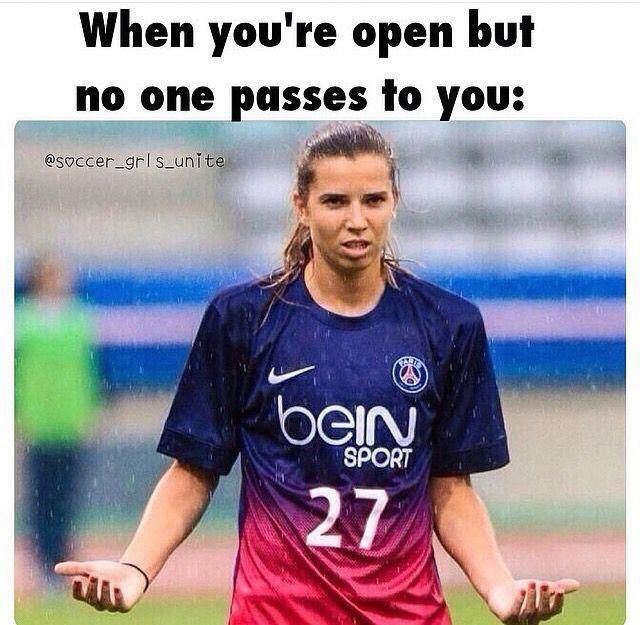 When it comes to players who become managers… 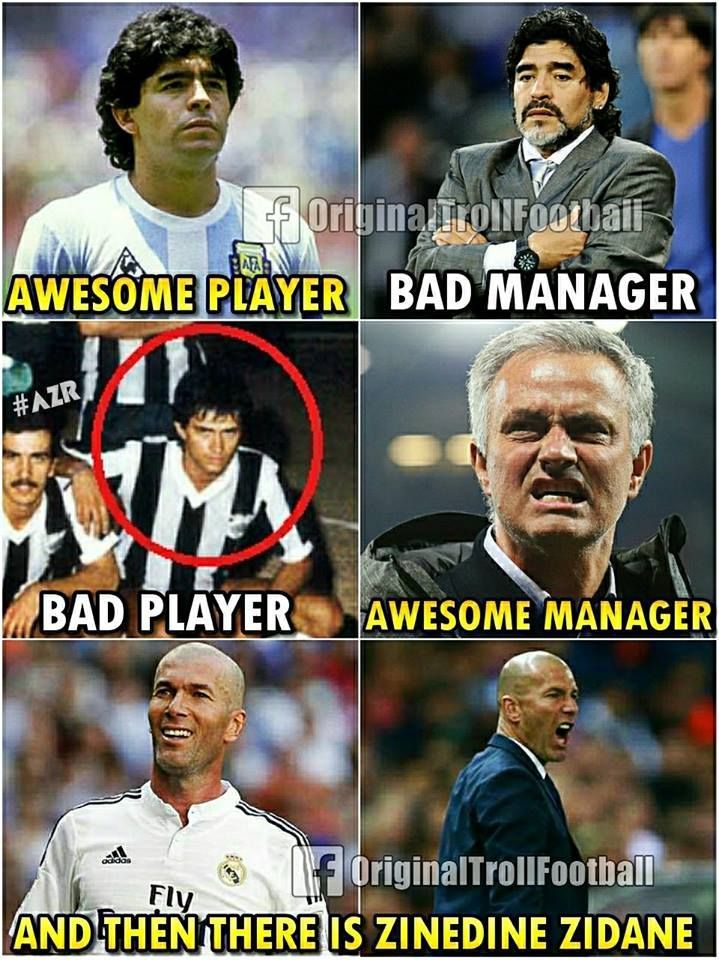 Soccer memes are so funny and will forever make us laugh.

Who can you think of that would like these?  Send it to them, they will appreciate you for it.