For older youth players ages 12+ it’s beneficial to know what a flick-on is.  The reason you want to know and learn this skill is because it will present itself to you at times.  A flick on is usually going to be from using your head, but can also be from your foot.  All positions except goal keepers will use flick on’s, although forwards and attacking center mids will use it the most.  Defenders who come up for corner kicks will have chances to flick the ball on to either score or allow a teammate to. 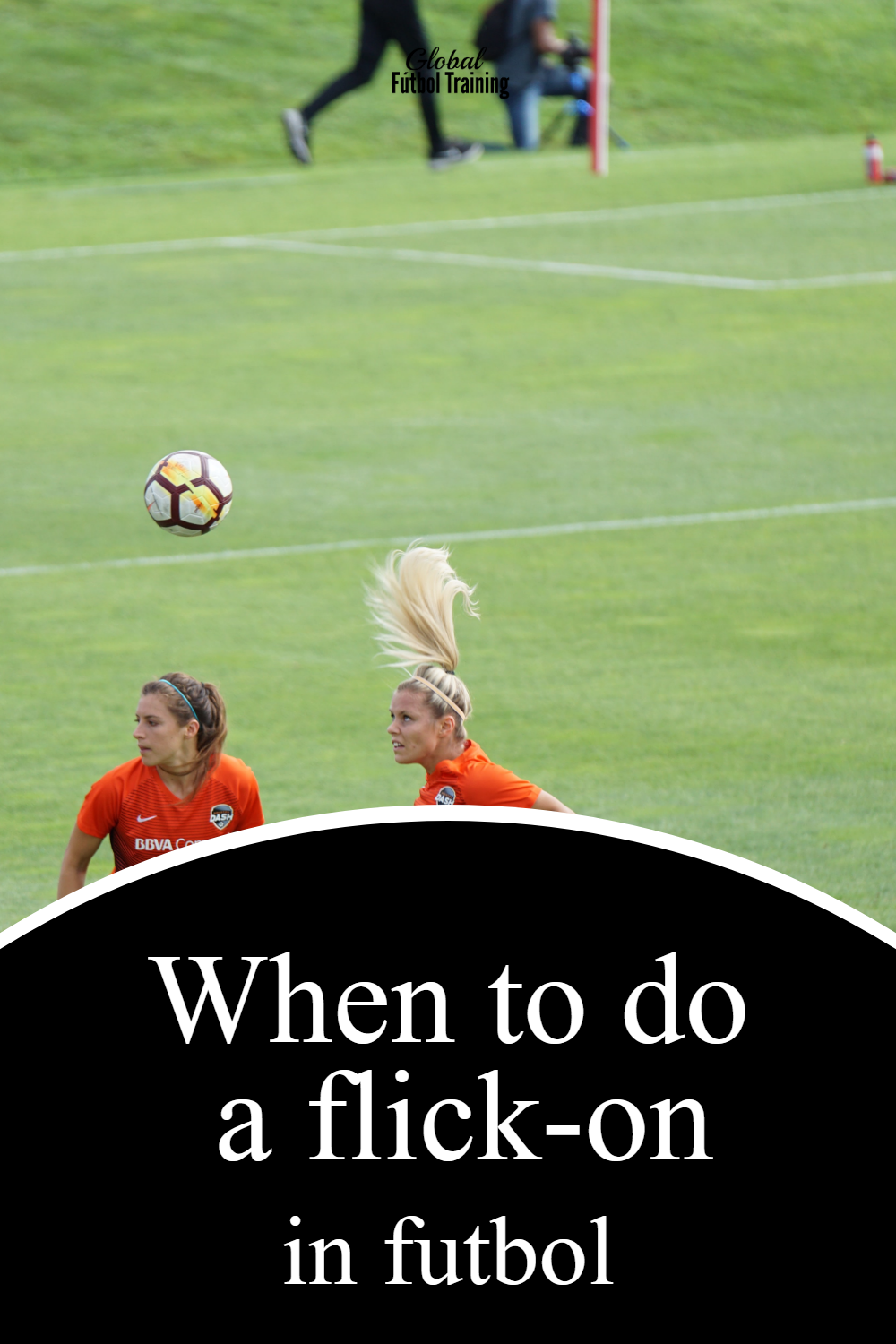 Knowing how to flick the ball on adds an extra element of skill to your game.

When and where to use a flick-on

Good drills give a player repetition…  So in the drill imagine the player is either passing to a player behind them…  The net in this exercise is more to catch the balls in one place, but you could score like this in a game situation.

To get good at flicking the ball on with your head, simply have someone toss a ball from 3-5 yards away.

You’ll need to learn to adjust to how the ball comes at you.  Sometimes you’ll need to jump, while other times you might have to duck down a little.

Use any part of the top of the head.  It can depend on if you want the ball to keep its direction or if it needs to redirect slightly.

20 must know tips on headers – video

Jumping up to head the ball

In a game situation it’s important to be aware of your surroundings, especially when jumping.

Be fearless and confident when attacking the ball.

Difference in attacking the ball vs a flick-on:

Knowing proper form is important.  Like where to put your arms and what parts of the head to use at that moment.

Learn how to head the ball correctly – video tutorial 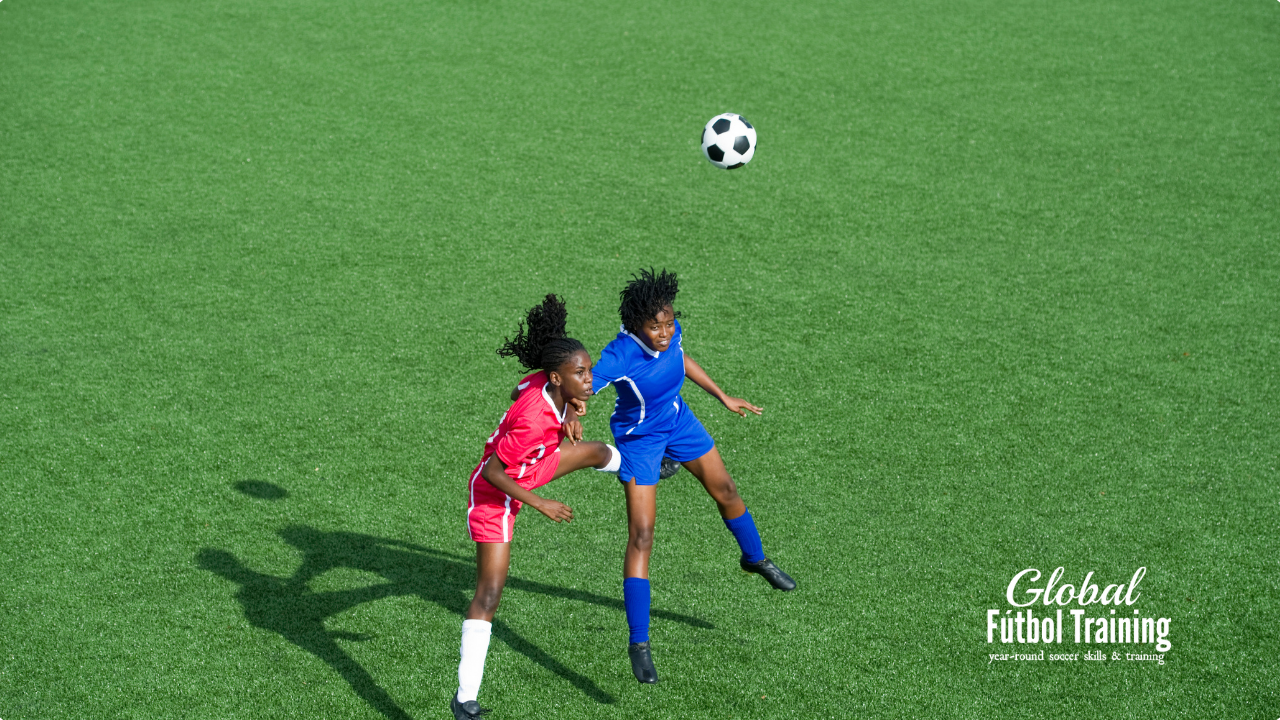 The flick-on pass using your feet

Most players probably learn this by watching pros on TV or playing against other good players.

When flicking on with the head all you need is to get a small piece of the ball.  Similarly, you do the same with your foot.

Parts of the foot to use:

The inside, outside and top of the foot is what you’ll use.  As the ball is coming to you let it just ricochet off your foot for the redirection.

Defenders will not be ready for this, therefore you can create more chances to score.

To become really good at soccer you need to learn some “fancy skill”, but above all get these key fundamentals down clean.

3 key fundamental skills to make you stand out: 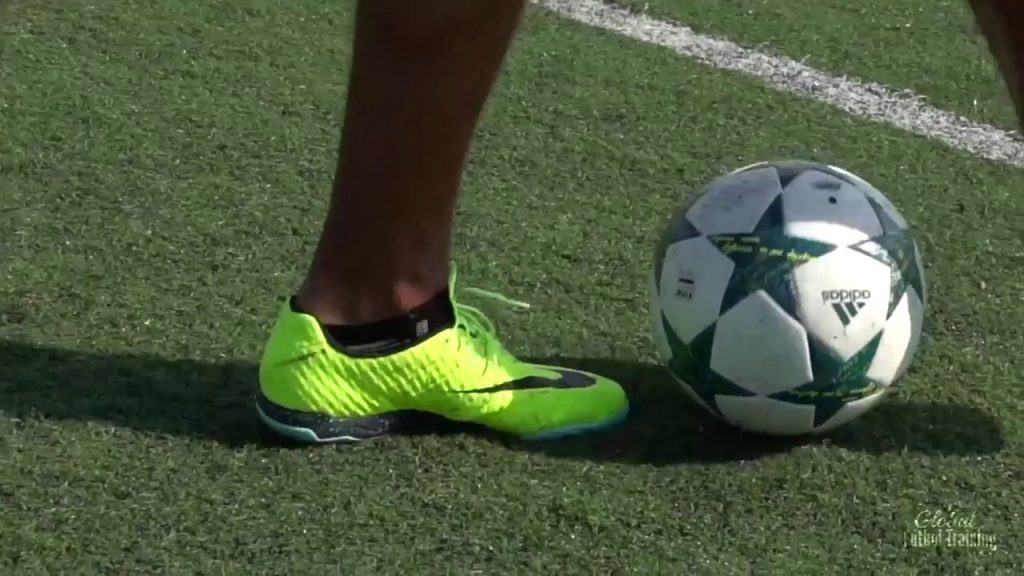 To be the best you can, hard work and dedication has to come with your wants.  You have the desire, if you’re reading this and wanting to learn more.

In conclusion, it’s important that you have a strong mindset.

There are days where soccer is so much fun and you can’t wait to practice.  However, there are other times when we don’t have those feelings of excitement.  You can take breaks of course, but remember every time you train you get a little better.

The flick-on is a skill that needs to be introduced, but remember to spend most of your time on 1st touch, passing and dribbling.

These 25 lessons are the best way to improve ball control.