So you’re wanting to know what offside in soccer is… When new to the game, this is one of the hardest things to learn. At the younger ages 4-7 they typically don’t use this rule. Ages 8-9 in some leagues adjust the rules where there is a line between the half line and the goal line. This line is where players can’t go past before the pass – unless dribbling. 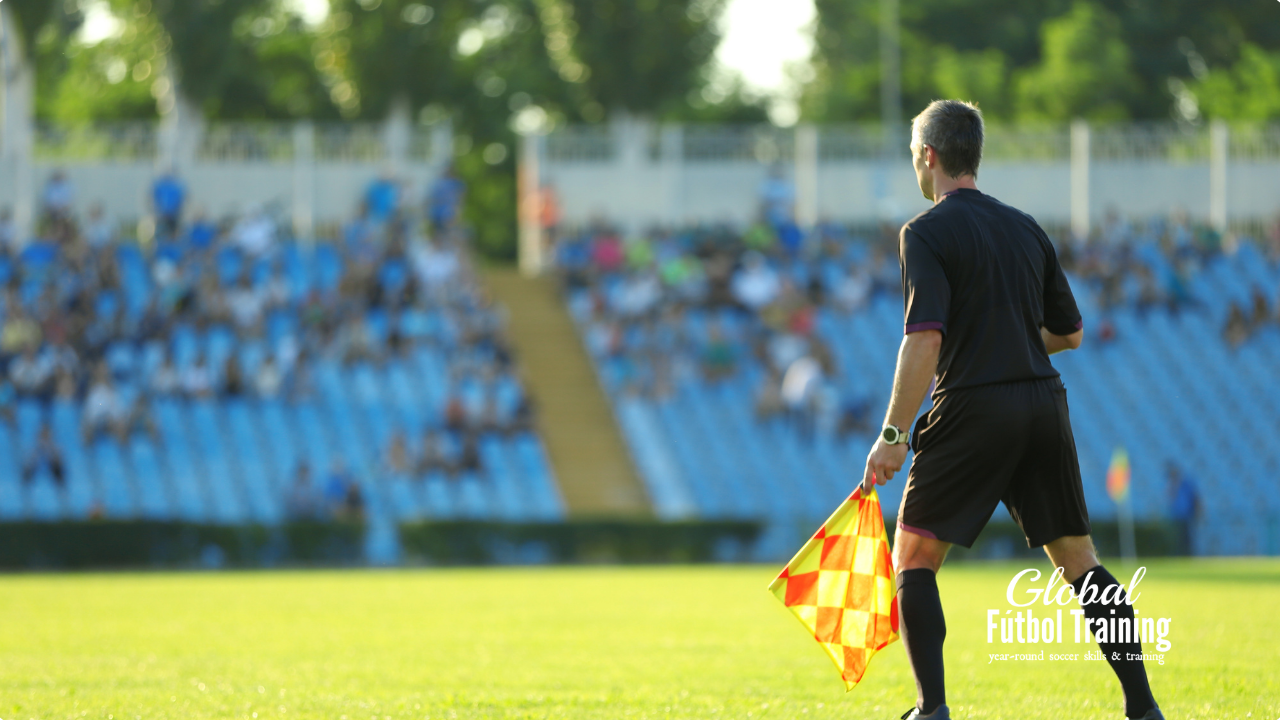 Learning the rules of offside in soccer

Learning what offside in soccer is not easy to grasp.  There are different pieces to the puzzle.  Read below to learn.

During the run of play or on set pieces a player can’t be offside in soccer IF on their own defensive half.

Once on the attacking half of the field a player can’t receive the ball UNLESS there are two players behind them [including the Keeper]. One of the two defenders included is 99.9% of the time the goalkeeper.  Technically it doesn’t have to be the keeper. It just needs to be 2 “players”.  Most of the time the keeper is one of those two players.

When the ball is passed, then the player receiving (usually the forward) can run onto the ball.

If the runner reads the play and makes a good run they can immediately go behind the defender and beat them to the ball.

Sometimes the player making the run will look offsides in this situation.   This is why it helps to have the linesman (2nd and 3rd ref) to see the better angle, as they should be even with the last defender.  Some people call the linesman the AR (assistant referee).  Note:  Younger ages U6-U9 don’t typically have more than 1 ref.

Once the ball is passed can you be offside in soccer?

Once the ball is passed the player receiving the ball can go behind the last defender.

In this case I mean the last field player, so not including the goalkeeper.

Typically you don’t count the goalkeeper when using the terms “last defender” because the keeper is usually in the goal box.

Technically a keeper is a defender, but not a “field player” defender.

Why you can’t be offside in soccer if you dribble

One of the best ways to beat the offside trap is by dribbling through the defense.

Often times the defenders are looking for the through ball, so I encourage players to try and dribble through the defense from time to time.

This keeps the defenders guessing, instead of knowing you’re going to pass every time or for some players dribble every time. 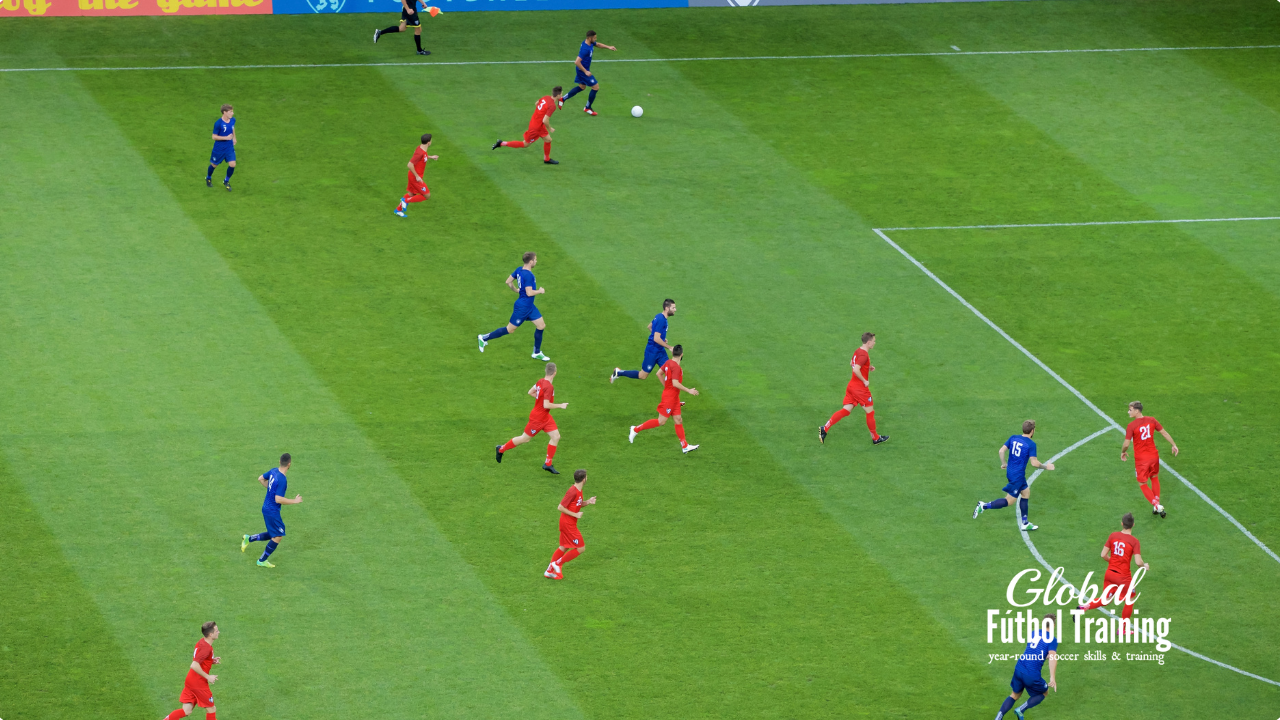 Is being even offside in soccer?

Of course refs make mistakes, just like the players and coaches, so anything can happen.

Rules are the rules, but the humans don’t always get it right, so play until the whistle is blown.

Growing up playing soccer I still remember learning how to run the offsides trap at 12 years old.  We had a really good coach for that age.

Nowadays coaches don’t really teach this, because teams don’t run the offsides trap as much. Although I think every player needs to at least know it.  Otherwise they’ll never do it when needed.

There will be several times that the center back (center defender) will need to step up and force the forward offside.

Times where you’ll see this today is the last defender doing it.  The center back should be the deepest defender at times, therefore being the player who will step up to force the forward offsides.

Pro players don’t do this much because the forwards are so good at making runs and the mids are crafty passers.  With these two talents, it’s risky to try and force a player offsides.

Most pro or college defenders simply drop off and play it safe. 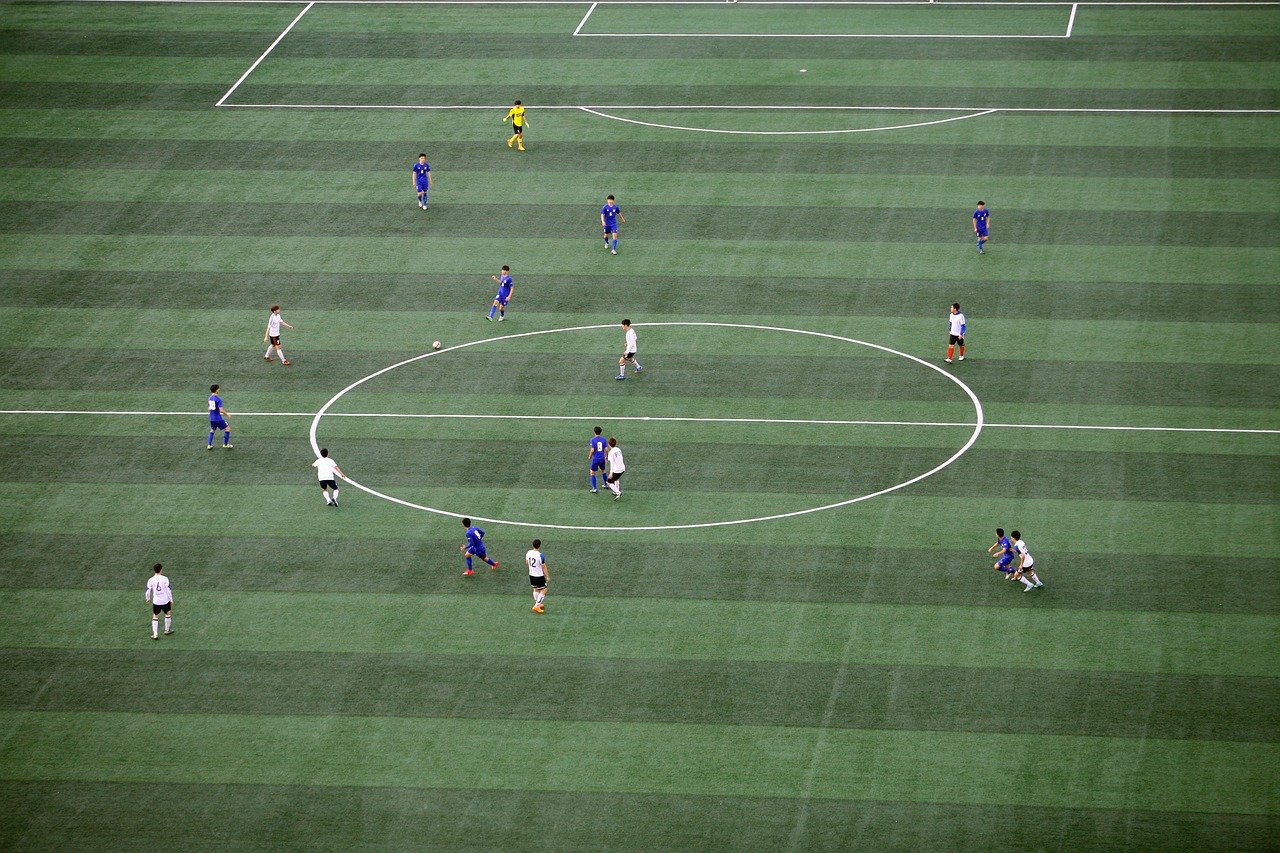 The reason defenders push up together

In soccer/futbol you’ll notice that when the defense wins the ball and passes it up field, the back line will all push up.

Pushing up forces the opposing forwards to run back and get onsides.  Also, pushing up keeps your team compressed, making it harder to keep possession.

Three reasons for the defense to push up:

A disciplined backline (defense) is very good at pushing up as a unit.

The center ref can override the linesman

If you’ve ever noticed a game on TV or in person, you’ll see the AR hold up a flag in their hand when a player is offsides.

The position of the assistant referee is to stay even with the last defender.  This way they have the best angle to call offsides.

A new rule in the pro leagues has the linesman waiting till a player touches the ball before holding up the flag.  I’m not a fan of this rule.  Not long ago the linesman would hold up the flag as soon as the ball was played and the receiving player was offside.

Either way, the center ref can make the final decision and not blow the whistle or call it offside.  Not only that, now the VAR (Video Assistant Referee) can override the center ref.

NOTE: VAR is only for the higher level pro games.