Who can forget the sickening sound of bone cracking? For those who remember, that is what happened a few years ago to MLS professional Steve Zakuani. In a game for the Seattle Sounders, Zakuani nearly had his career ended by a slide tackle injury by Colorado Rapids player Brian Mullan. Mullan professed no ill-intention with the play, Zakuani did return to playing, and the two have publicly announced they are on good terms. Still, the incident was a catalyst for changes in attitudes of many in the MLS toward tackling. Note: This post contains some affiliate links for your convenience. Click here to read my full disclosure policy.

Tackling is a part of soccer/football

Parents often ask me about the use of tackling in soccer and whether or not it’s encouraged. Tackling is a part of the game of soccer, and if you don’t know how to tackle then, you should learn. The point of tackling is to win the ball. If you do it at the right time, in a professional {i.e., not harmful} way, and get up quickly thereafter to be ready for the next play and avoid injury.

There are two primary ways to tackle in soccer: shoulder charge or slide tackle. The tricky part of all this is that you have to be careful because there are rules about each type of tackle and you could injure yourself or the other player if you don’t perform the tackles correctly. 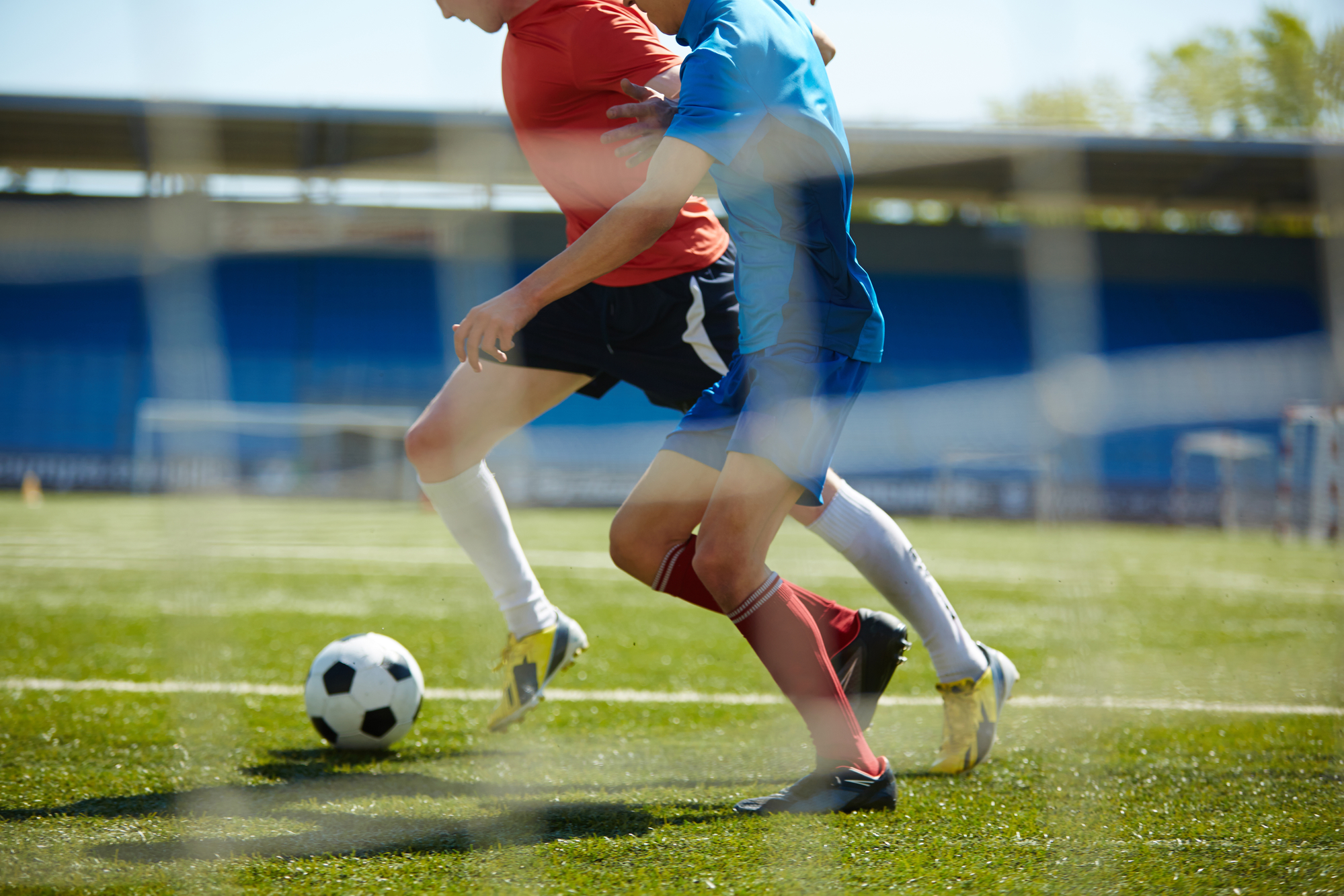 Shoulder Charging is tackling up high

Learning how to shoulder charge is going to keep players from getting injured. Just because a player doesn’t want or mean to go in for a challenge, doesn’t mean they are going to stay on their feet. Soccer can be a rough sport, especially in the games. Practice is different as there is less speed and desire compared to a full game. There will be several times during each game that players come in contact, ending with someone on the ground. You have to know how to tackle for those situations!

What age should they practice reps?

Remember, kids are smart! So let’s not hold things back. Notice the main word here is introduce! Don’t think we should encourage rough play so young. Just Introduce it to help with technique and avoid potential injury.

Age 10-12 is when they need to practice this more than one or two times per season. Maybe just once a month, just enough to keep them retaining and learning so that the muscle memory takes over.

Then for teenagers, college all the way up to the pro’s, this should be something the players work on once a month. Not to say there needs to be a ton of time spent on it, but at least enough to keep the muscles conditioned and ready for these movements. Even top clubs like Barcelona work on these things in their strength and fitness days.

How to teach shoulder charging

2nd players need to get used to ‘Shoulder Charging’ while keeping their feet moving running in place. This brings a smile to their face because its new and fun. (do this for 3-5 seconds or yards)

3rd once they did this for 3-5 seconds, have them slowly jog forward while shoulder charging for 5 yards. Then you throw a ball over their heads, where they then try to get to the ball and score a goal or turn and dribble back to you for a point. 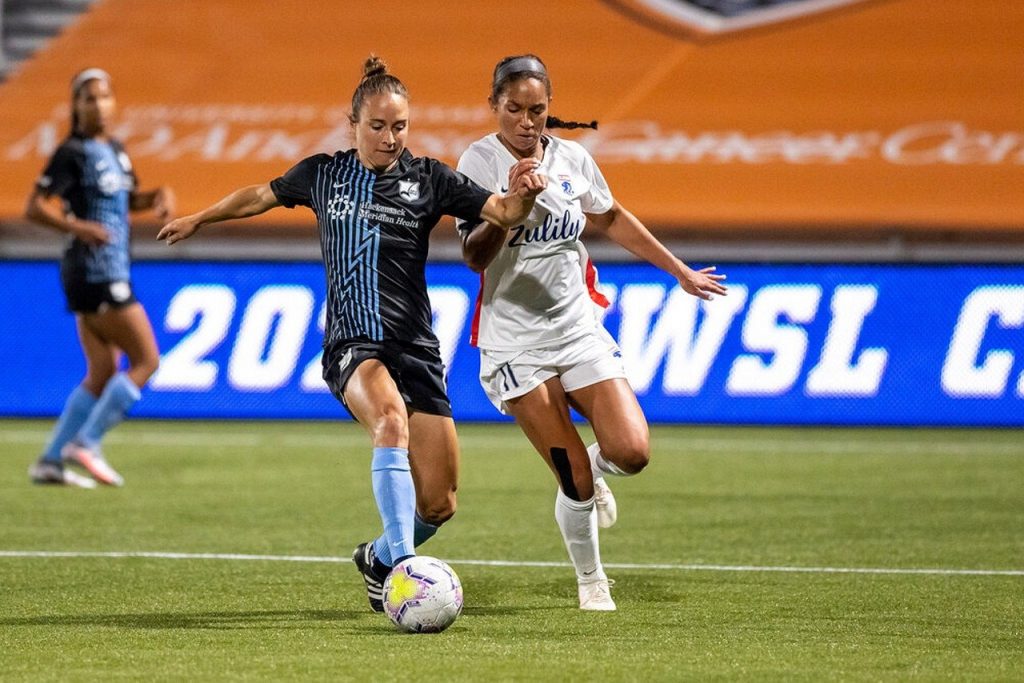 1) Bend your knees to get a lower center of gravity. This will prevent you from getting knocked over. (You want to win the 50/50 battle)

2) Keep your elbow in towards your body, not out. Leaving your elbow out will get you called for a foul. (Dangerous play)

3)  Keep your arm bent 45 – 90 degrees so that your hand is not down at your leg. Make sure your hand and wrist are out in front of you with your elbow in.

5) Knowing when to tackle; You should mostly ‘shoulder charge’ when the ball is out in front of you and the other player by 1 yard to 10 yards or so. If you have the ball you can either shield or shoulder charge but you must know how to do both.

6) Don’t lean in too much or the ref will call a foul. Make sure you stay on course to the ball and only lean a little but just enough to stay stronger than your opponent.

7) Once you think you can release to get possession of the ball, do so. Some players keep shoulder charging and then end up not being first to the ball because they were too focused on aggression.

Shielding – is usually in a situation where you and the other player are more stationary in a tight space (not running). Shielding you can extend your arm (forearm, hand, and wrist) out a little more than shoulder charging. Your elbow can come away from your body so that you can get your hand/forearm out to keep the defender away from your ball.

You want to shield when the defender is to the side of you or behind you but not in front. If they are in front, you need to turn so that your body is between them and the ball.

Remember your elbow should never be the widest part of your frame or its dangerous, and you never want to play that way. You want to play hard and tough but not dangerous. We must teach our players this!

Shoulder Charging – your using your shoulder/bicep area and you usually do this when chasing after a ball that is 1 – 10 yards away. This is to hopefully knock the player off balance a little and make them lose speed so you can be 1st to the ball. With this the two players can go in as hard as they want. As long as the timing is right and the ref is good, you will be fine.

There are going to be times you knock someone down and the ref calls a foul. Sometimes it’s not a foul, but the ref makes mistakes too. So be careful how you react. Try to stay on their good side:) The ref that is.

How to slide tackle in soccer/futbol

In a slide tackle, you don’t want to go in toward the ball with cleats up at the player, and you don’t want to slide from behind ever, or it’s an automatic red card [i.e., kicked out of the game]. This is very dangerous for the other player.

This is something that happens every game, but players are not being taught how to do it. That is going in on a challenge the same time as another players to kick the ball. It’s called 50/50 because it’s a situation where both players have a 50% chance to be first to the ball. 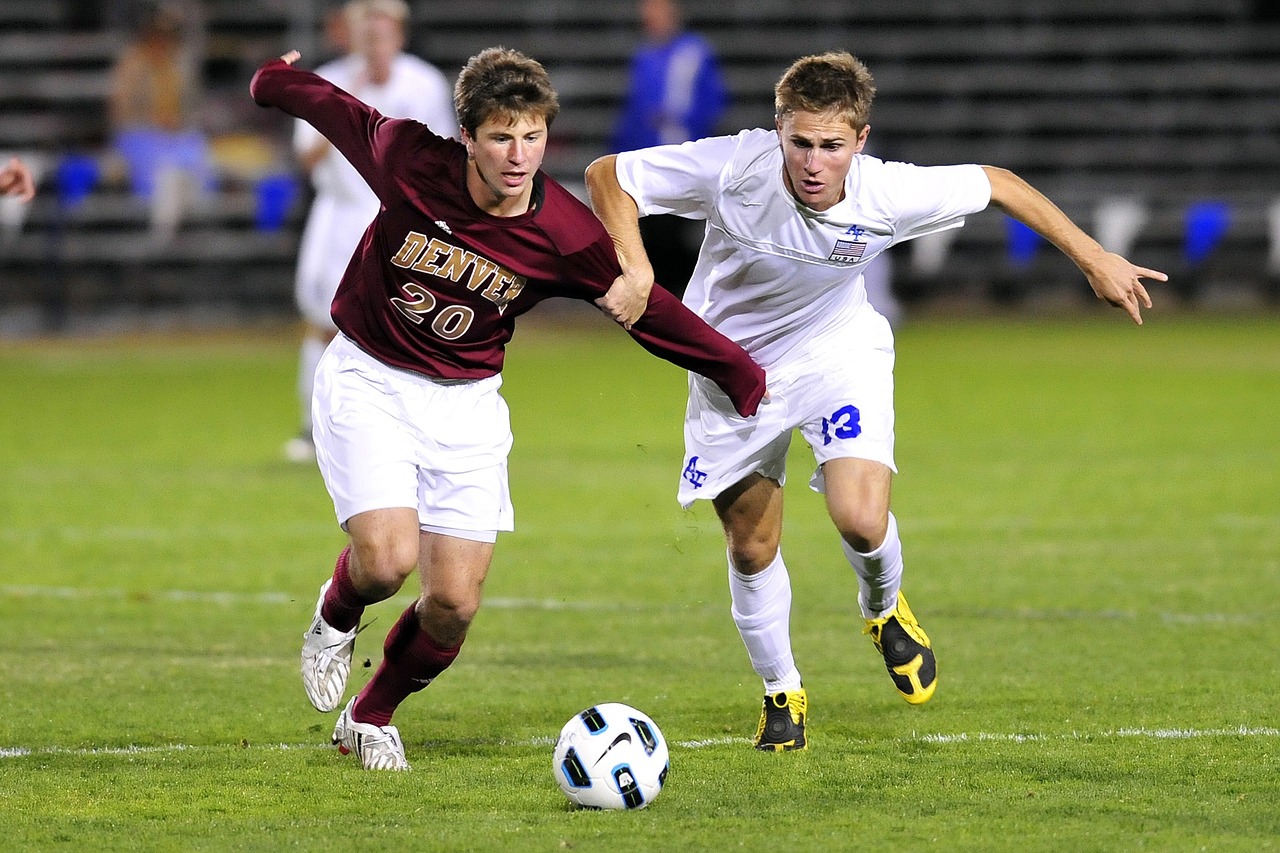 When should a tackle be used?

Not too often should you tackle someone in your own 18 yard box – this will result in automatic penalty if you don’t get the ball. If tackling is the play you must use then keep it clean and in an open area. This way you avoid injuring yourself and allowing for a clean play. Because of the risk of injury and the ‘drama’ that is often seen added by a downed player, referees are more strict in policing the use of tackles.

OK this one I give to the Seattle Seahawks who I saw a few years ago. The coach had the quarterbacks practice sliding on a slip and slide! I mean, you can’t say this is corny because these are some of the toughest, highest paid athletes practicing with a slip and slide! I didn’t even think they made them anymore ha-ha. But what a great idea.

Mechanics on slide tackling are you want to keep you bottom leg bent and your top leg straight to win the ball. Most of the time you will use the top of your foot/laces to connect with the ball. Make sure your feet stay low not higher than the height of the ball or else you will miss the ball and probably cause injury to you and the opponent which will result in a foul.