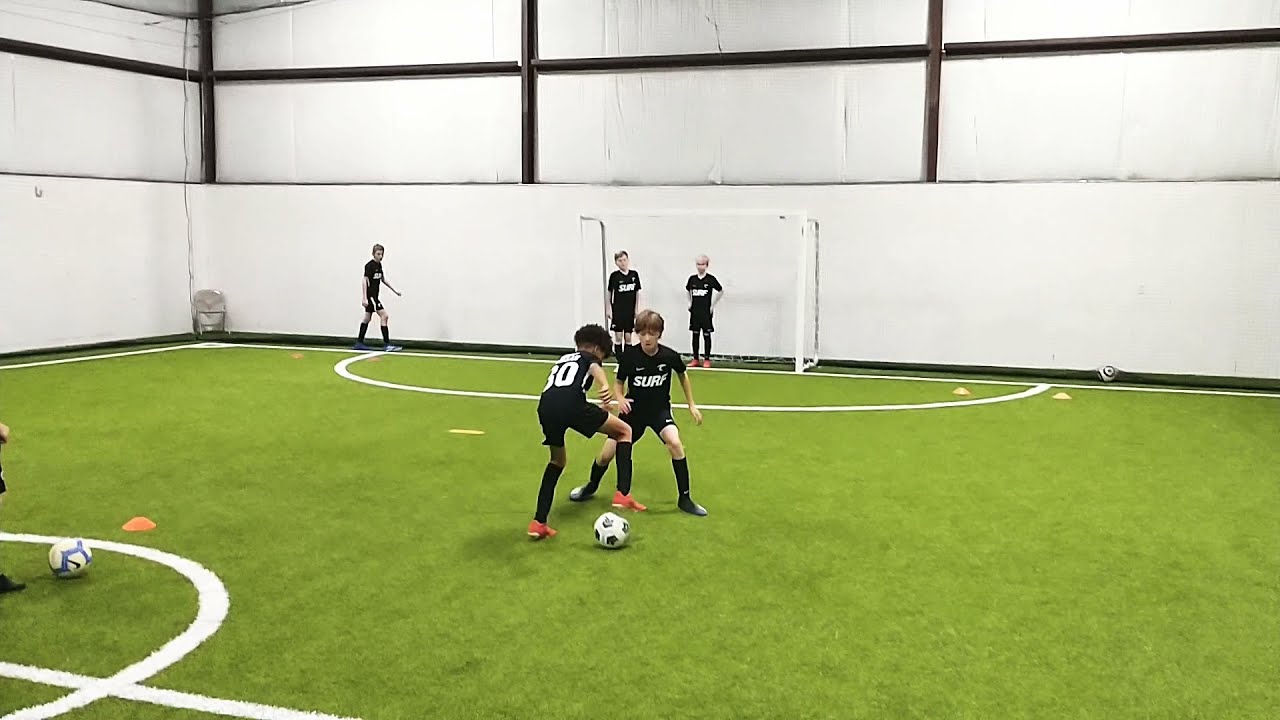 1v1 drills that include fitness

If you have a team or large group the last thing you want are long lines because it wastes time/reps.

When adding fitness to your practices, it’s okay to have short lines to allow recovery time.

1v1 drills that include fitness are great because the players are having fun, while getting more fit.  The best coaches will add fitness in with the ball, opposed to fitness by just running.

Below is a drill that is fun for the players, gives them fitness and enough time to recover.

With smaller groups of 4-8 players one grid is perfect.   Video below shows a group of 10.

A good and simple 1v1 exercise is having 2 stations.

One station [next to the goal] stats by playing a long ball [40 yards] to the other player at station 2.

Second station, the player receives the ball with tons of space and attempts to beat the defender.

You can have a small or large goal with or without a keeper.  Or you can have a endzone / grid to dribble past.

Learn how to improve your open and tight space dribbling.

One of the best things to do in a tight space drill is simply make a small grid.

Make the grid 4-5 yards wide and 10 yards in length.  Great for all ages and levels.

Smaller grids make it harder for the players who are fast because there’s not much room to use the speed.

Quicker players who are good with the ball will have the advantage in the tight space 1v1 drills. 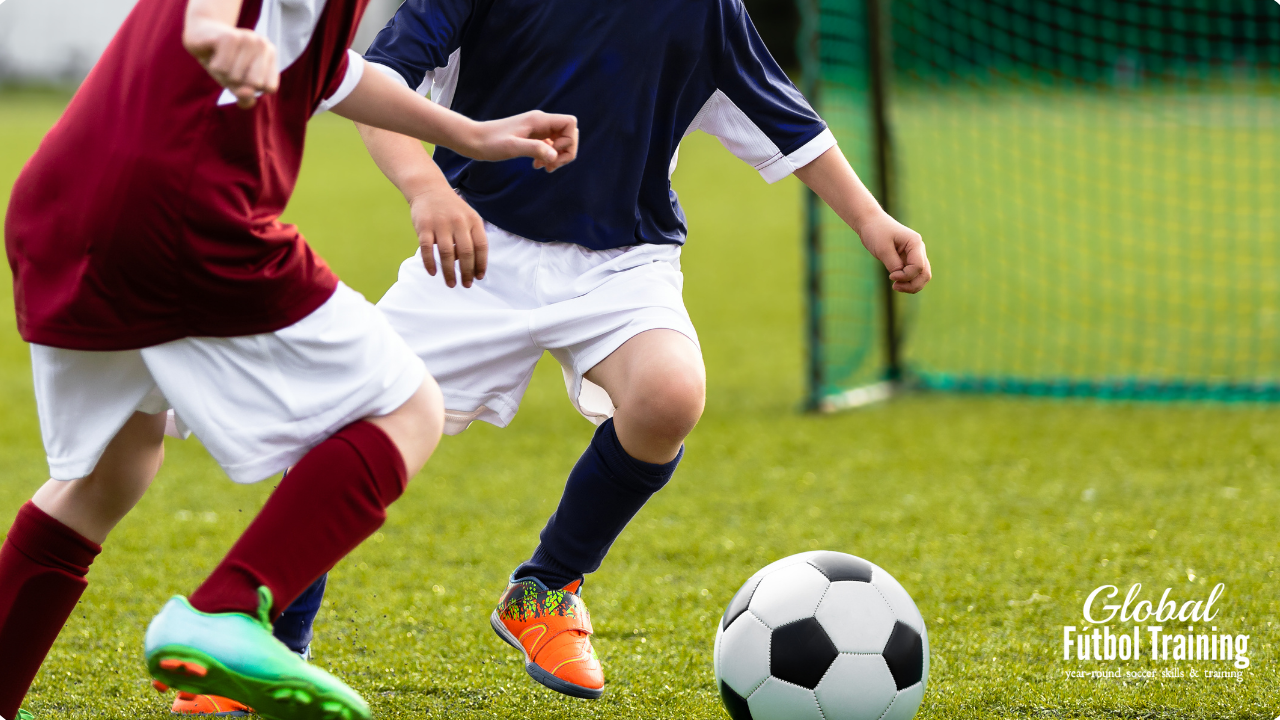 Players need different types of situations to build up the confidence to go at and beat the opponent.

You can work in many situations, whether receiving or starting with the ball.  Also you can work on turning or going straight at the defender.

Video below shows Perry a U11 player working with coach Cole on a cold windy day with snowflakes falling.

Ways to set the advantage for the attacker

To give an advantage to the attacking player you want to give them more time before pressure is applied.

You can also make 2 or 3 goals to score on/in.  Obviously having to defend 2-3 goals would be much more difficult for the defender.

Purpose for giving the attacking player 2-3 goals to score on will help give them confidence with the ball.

Setting the advantage for the defender

To  make it an extra challenge for the attacking players [advantage for defender] do these 5 things: 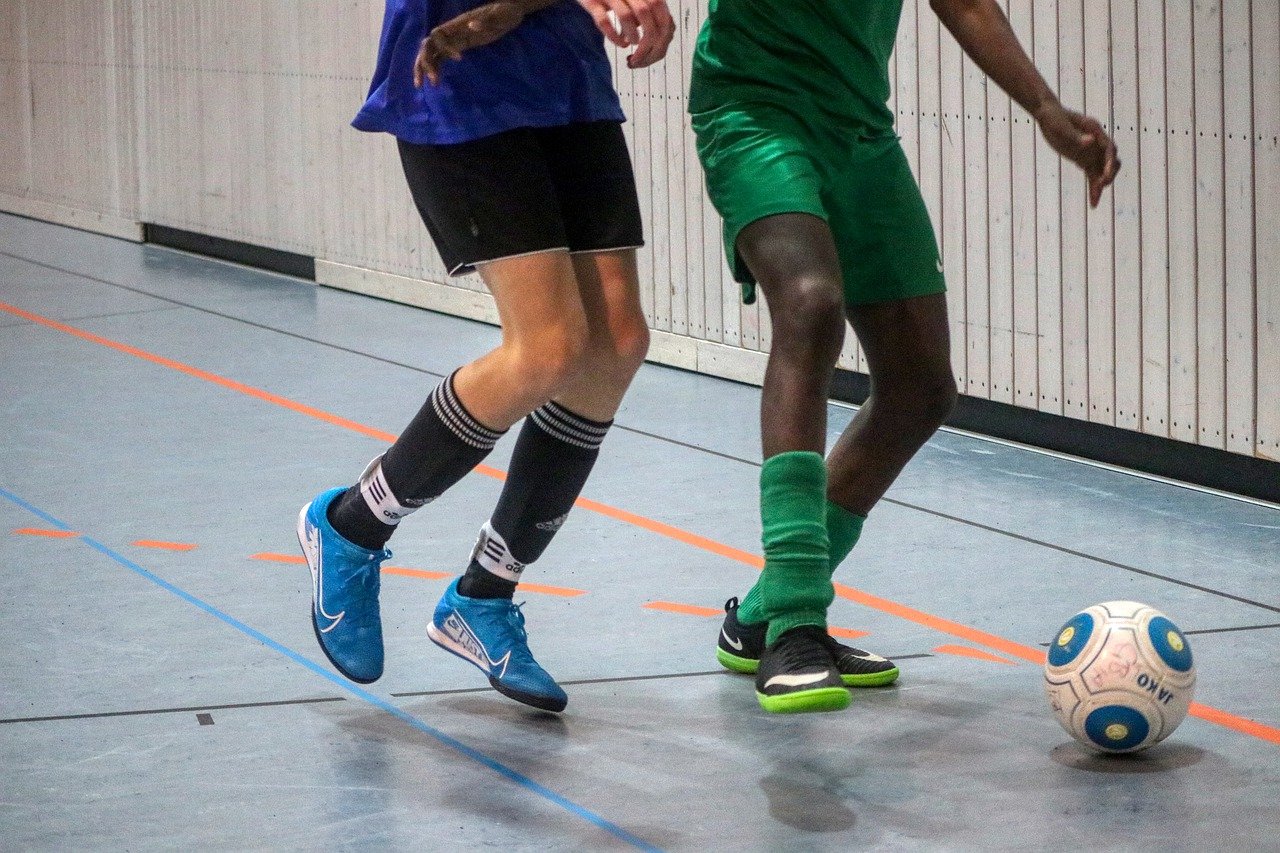 Fun 1v1 drill with 3 options to score – Video  showing how you can either pass or dribble up to knock the ball off a cone.

Try it out, the players love it!