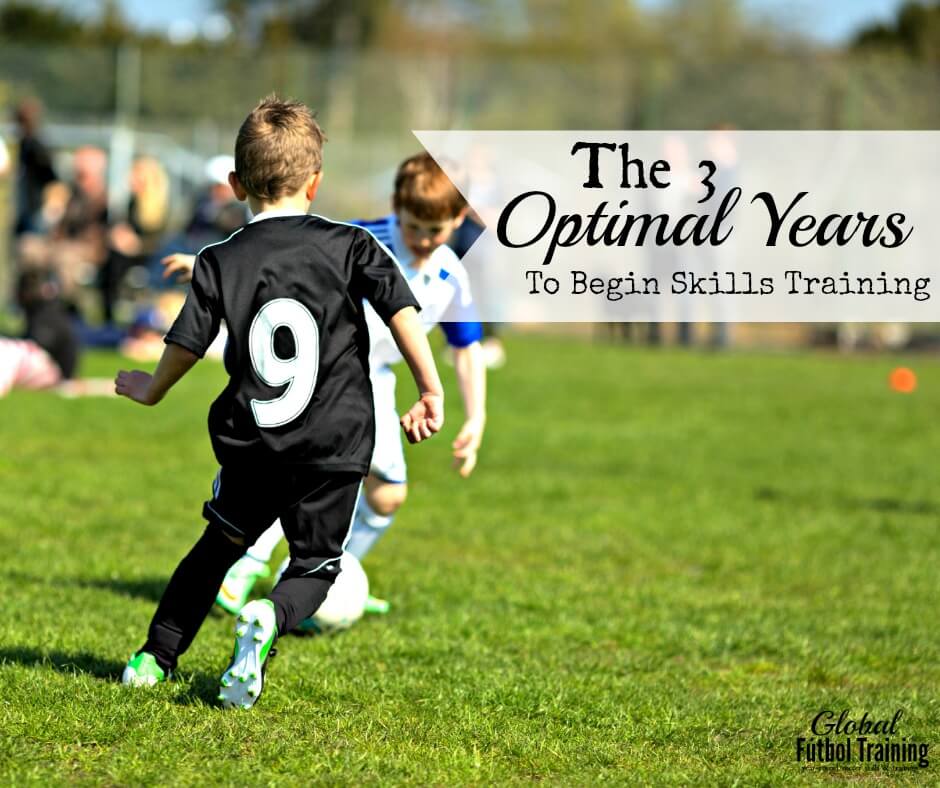 Developmentally speaking, getting good soccer skills training at ages 9-11 is so helpful.  These are the 3 optimal years to begin soccer skills training. They are old enough to almost do anything you show them and their attitude is so positive.  Mentally it’s important to learn younger because players believe and trust parents/coaches so much.  Whereas older players think they know everything:)

There are certain drills and methods that are best for all ages. These soccer skills training methods need to be worked on a lot to become smooth.

If you search for soccer drills on YouTube, you’ll see tons of cone drills.  Be careful with that crap!  On game day you won’t see a single cone.

Video below you’ll see a good 1st touch drill with an 11 year old player with good skill. Some might think this skill is natural.  We’ve worked together for 6 years, so his hard work shows.  His mindset is on another level, knowing you have to want to master the craft.

Teaching kids why we work on certain things is important. This way they don’t get the attitude of ‘O I already know this’.

Size doesn’t matter as you get older

Players who are already more skilled are either the natural ones (very few) and the ones who put in the work with the ball.

Those who are really good with the ball, but slow might still struggle between ages 10-16.  The older you get, the more you’ll see that good skill outweighs speed.  College and especially pro is when it comes down to mentality and skill.

I’ve seen a lot of average pros in terms of athleticism, but next level mindset and proper skill.

Players who are smaller but more skilled have to become even more skilled! Or else, when the big or fast kid builds their skill, the smaller player will struggle (unless they have good enough skill that the size or speed doesn’t affect them).

Still, 10-15 is young and many don’t show their athletic potential until 9th grade. [though you want to have built the skills already].

Remember, do the right soccer skills training – not just any training. 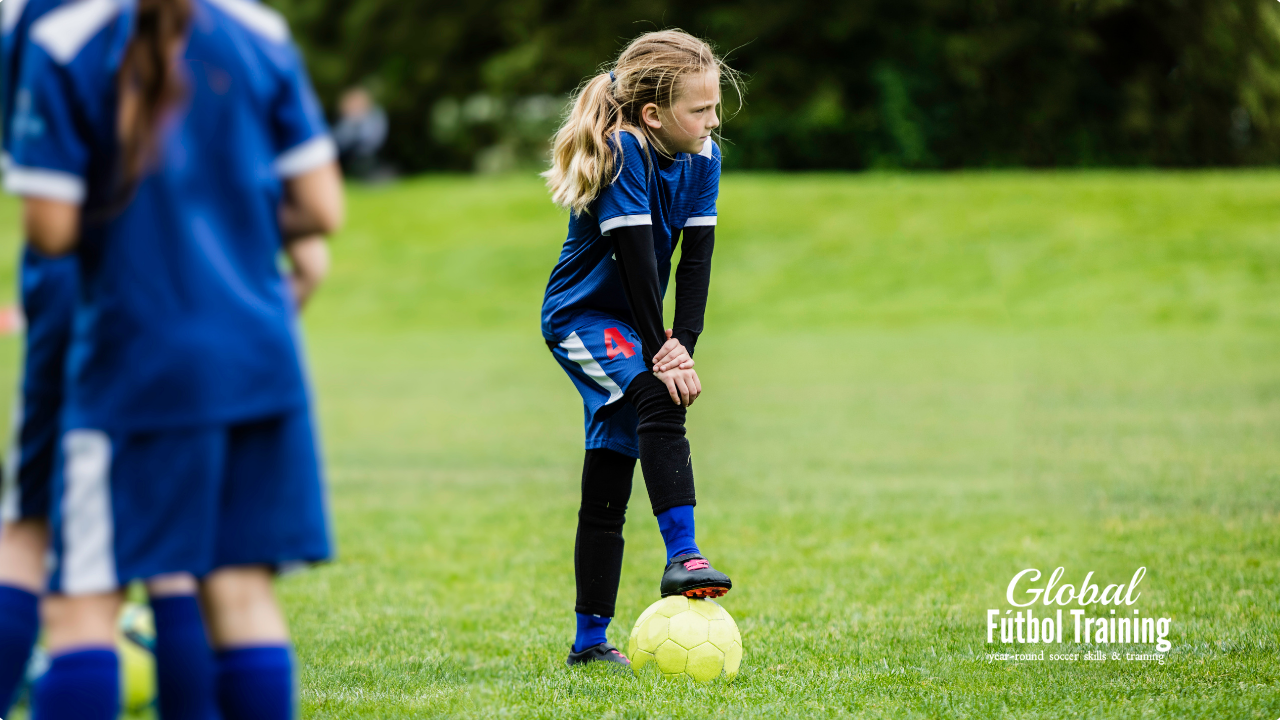 It might sound corny to some but, these are still young kids age 9-11.  Fun needs to be high on the list.

Age 12-13 is when most kids stop playing sports. Yes, many kids have what it takes to get through the constant grind or certain coaches who forget they are kids. Hey, it’s easy to do when your goal as a coach or trainer is to improve the kids and your own coaching.

Remember The #1 reason kids quit is “It stopped being fun.”   So from ages 9-11 the idea is that we IMPROVE their SKILLS as much as we can while making most moments fun.

If we can get them past 13 the chances are good that they will continue in the sport.

For some kids, small groups are a lot of fun.  Whether 2-6 friends, it gives them the opportunity to hang out with their buddies, laugh and improve.

Scoring goals is one thing I’ve never seen kids get bored with.  Think of how you can add all of this in for your crew.

Find the balance between fun & development

It’s a double edge sword deciding what to do.  If you don’t give them the extra individual or small group training they will have a hard time keeping up later on.   You don’t want them to feel they are not good enough.

On the other end if you send them to a boring trainer or coach they obviously won’t have fun.

Age 10-11 is especially important because age 12 is when most kids quit soccer.

Teach them that every day is not going to be fun, no matter what your passion, but with self-belief & hard work we gain so much. This is mindset/mental training that is needed for not just kids, but young adults.

Again you want to take advantage of these optimal years to begin soccer skills training.

It’s normal that some days are not fun

So what do you do?  I think you find a place that focuses on fun & development.

Not every day is going to be fun, no matter what your passion, but with self-belief & hard work we gain so much.  This way the player knows it’s okay to go through tough, frustrating times. Remind them that they are good at what they love or be honest and tell them they need extra work if this is what they want.

As people, we have to be tough and get through certain things so we are prepared for the future of ongoing challenges, frustrations and accomplishments.

You learn that with hard work good things happen, but there are also the times good doesn’t happen.

We need to build strong character in the youth so they have good habits and are prepared for life after soccer.

The reason sports stop being fun

One day kids realize the gap between them and the top players is growing and the chances of them making the High School team will be very difficult.

Players who don’t have that extra resources, belief in themselves or enough natural ability will not make it.

For players in a smaller schools or towns it’s one thing, but for those who live in certain big school districts this is sad because in some cities it’s VERY HARD to make the high school varsity Team. Competing with 4 different grades, players who play for top clubs  & receiving extra private training from a trainer or professional skills company like GFT creates a significant gap.

Where the focus should go

Pressure to win games can also be overwhelming for children ages 9-11. Instead, the focus should be on development & being comfortable with the ball.

Even many of the best youth coaches are just telling the defender to kick it long every time. This is what I hear all the time and see with my own eyes. The coaches know it’s not the right way to teach the game, but it’s the easy way out to win the game.

What should they be teaching?   That it’s okay to pass it back or switch the fields at certain times. In the attacking third feeling comfortable taking defenders on (dribbling) and taking risks with extra runners or making certain creative passes between defenders.

The athletes during this age should begin to focus more on becoming a well-rounded athlete with improving personal habits.  Physical fitness, stretching, nutritional choices and rest.

Also, more athletes may indicate a growing level of interest, passion, and commitment to improving.  Technique through private lessons or backyard drills help.

One of my favorite things to do with larger groups like teams are splitting them in groups of 2 or 3.

Each group can have 5-7 players.  Make it a competition and see which team can score 10 goals first.

If you have 3 teams, the odd team out could be doing running, dribbling, sit ups, push ups, resting or shagging balls. Up to you, it all depends on your teams situation.  If it’s Summertime and 102 degrees, probably have the odd team out rest.

Most Boys and Girls age 8 probably would like to be good enough to one day make the High School Team. Not everyone thinks about or wants to play college soccer but high school soccer, yes.

The 3 Optimal Years to start skills training would have to be Ages 9, 10 & 11 as they are so hungry to learn and improve!

Kids age 9-11 can do almost anything you show them and they haven’t reached age (13+) where all of a sudden they think they know everything and so much more is going on during that stage of starting high school.

In high school – this is the time most soccer players and parents want to be prepared, so that they can make the high school team.

Sports help teach the kids that they don’t know as much as they think, so the challenge is to continue wanting to learn and get better at everything we do.

Build habits so that you carry over to being a responsible adult one day.

Maybe it depends on the level or expectations?

If it’s a league where it’s just for fun and exercises (YMCA, REC or Club) that only want to play soccer not play high school one day, then yes I guess just kick the ball long and try to score every play.

Those really wanting to develop need to be taught more than winning and kicking the ball.

Ages 9-11 should be the time where you are out of rec and you are doing extra skills training.

I’ve seen kids in this age group that play rec, but are serious and do extra soccer skills training.  Some travel for cool tournaments like sand/beach soccer or fun team gatherings. They just don’t want to pay for club for different reasons, usually being the time commitment or money.

Some clubs are so big that they have tons of coaches (half who have NO Clue) and parents don’t want to pay thousands of dollars for that. So instead organize a group who is serious about soccer and does not want to put up with that.

Think outside the box! Make sure your soccer players are happy and challenged the way they need & want. 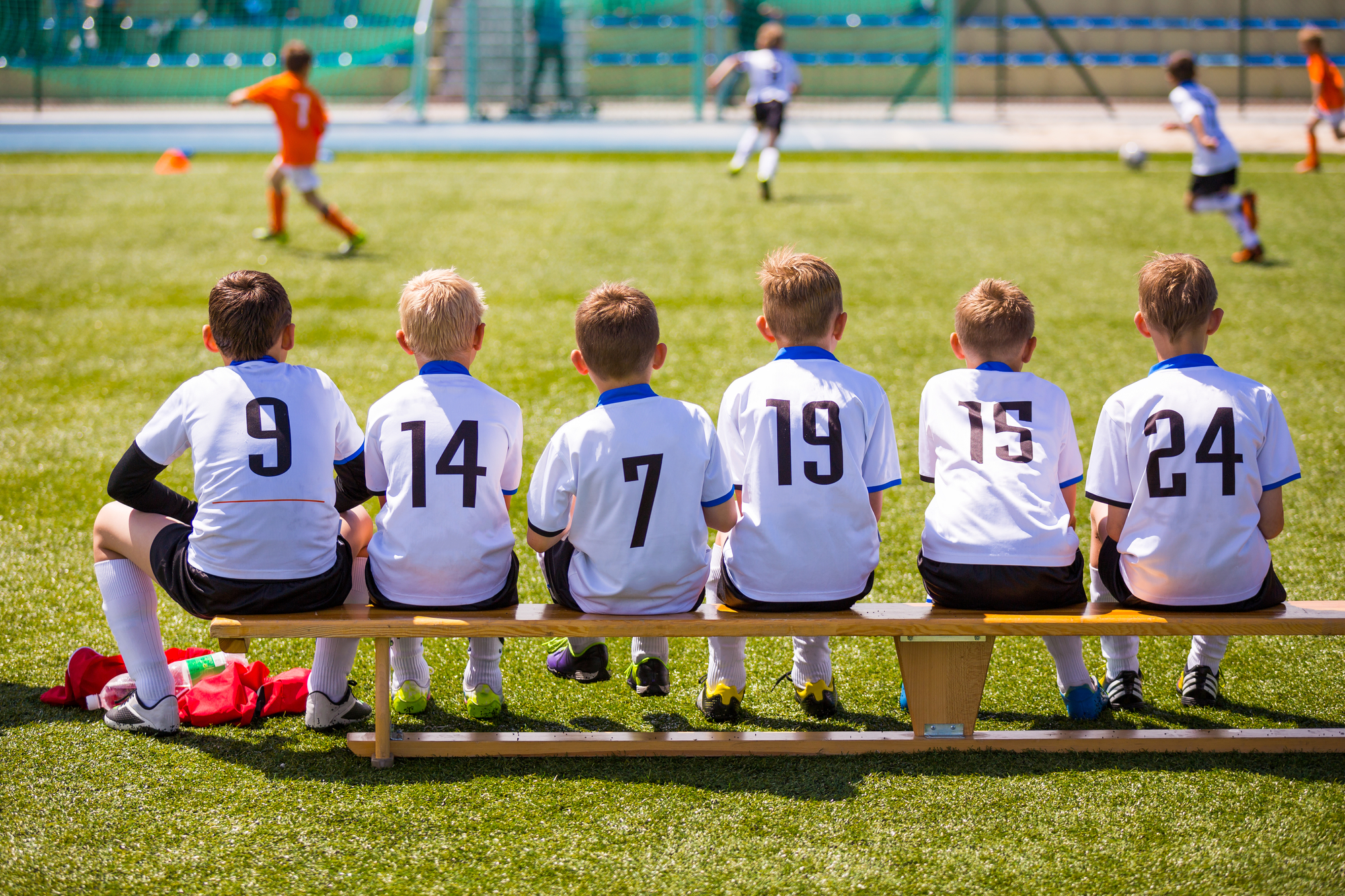 Expert dribbling tips are introduced and can be mastered at this age group if worked on the right way and amount of time. Stick with the basics but start to introduce more advanced soccer skills training. You will be amazed at what this age group can do!

The best thing to do is keep shoving the same skills that work.  Yes, you want to show them new fresh skills, but if they do something different every session they won’t retain the important skills.

Best soccer skills training methods for every age and level

From younger youths ages 6-7 up to college soccer players, my online ball control courses will help you improve.

Dribbling the ball with both and all parts of the feet is important.  It’s key to teach the muscle memory so that you will be comfortable touching the ball and keeping it close without touching it.

My courses will help guide you long term.  It’s a private safe platform with no ads.  Self-paced with a tracker, where you mark complete after each lesson to help you know where you last left off.

Note:  The 6 players in the courses had never worked with me until the day we filmed.  This way instead of seeing players who’ve worked with me for years, you can see the common mistakes the new players make.

There’s proper soccer skills training and then there’s just doing drills.  Make sure you know the difference.
Mindset plays a role too, so remember to keep educating yourself and team.
With educating comes reminding.  Kids might have worse memory that old people.  I joke with them and tell them this because it’s true.  They will forget what we teach them, so remind them every week till they remember.