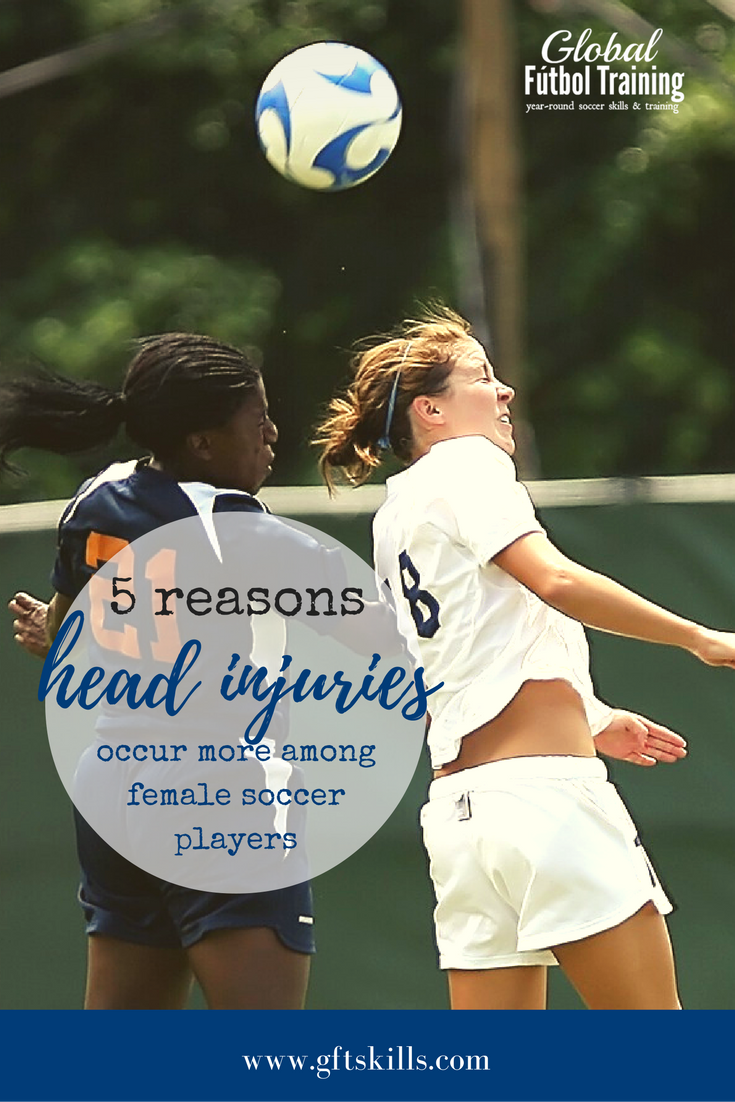 Below I list 5 reasons head injuries occur among girl soccer players. Many of you already know girls soccer [ages 13-17] are some of the highest in sports-related head trauma. Some doctors say the main thing we need to do is not let them head the ball or even play soccer till they are 14 yrs old, which I disagree with.  I’m not saying I know more than a doctor, I’m just saying why would you not let them head until the age that the get the injuries?  Kids need to learn the right ways to head before they are allowed to do them in games. We need to teach & prepare them better & more often, play less games & educate coaches to not teach reckless play.

Players who play down the middle of the field (Center Mids & Center Defenders) take on the most headers/challenges. Should they be forced to use the “Head Gear”? Maybe, but Head Gear doesn’t necessarily fix the problem because many players think it will protect them no matter what and therefore don’t attack the ball but rather they just let it hit them – which is wrong.

20 tips on heading the soccer ball

How to fix the problem

If it were my daughter, I would get her private or private small group training to teach her the correct ways & how to protect herself. Also LESS GAMES!  High school soccer in addition with select/club soccer is a lot of game.   Kids already play too many games (80-100 games per year) which even the U.S. Youth National Coaching staff say is too many games. They say the kids need more training, not games. Not only will the players gain more skills while training, but get less head & knee injuries will occur.

This video below is not to teach how to head.  This is more for players who are already good and want to try something new and fun.  It’s a way to get the legs and core strong, while doing headers.  First learn how to head and all the tips in the video above.