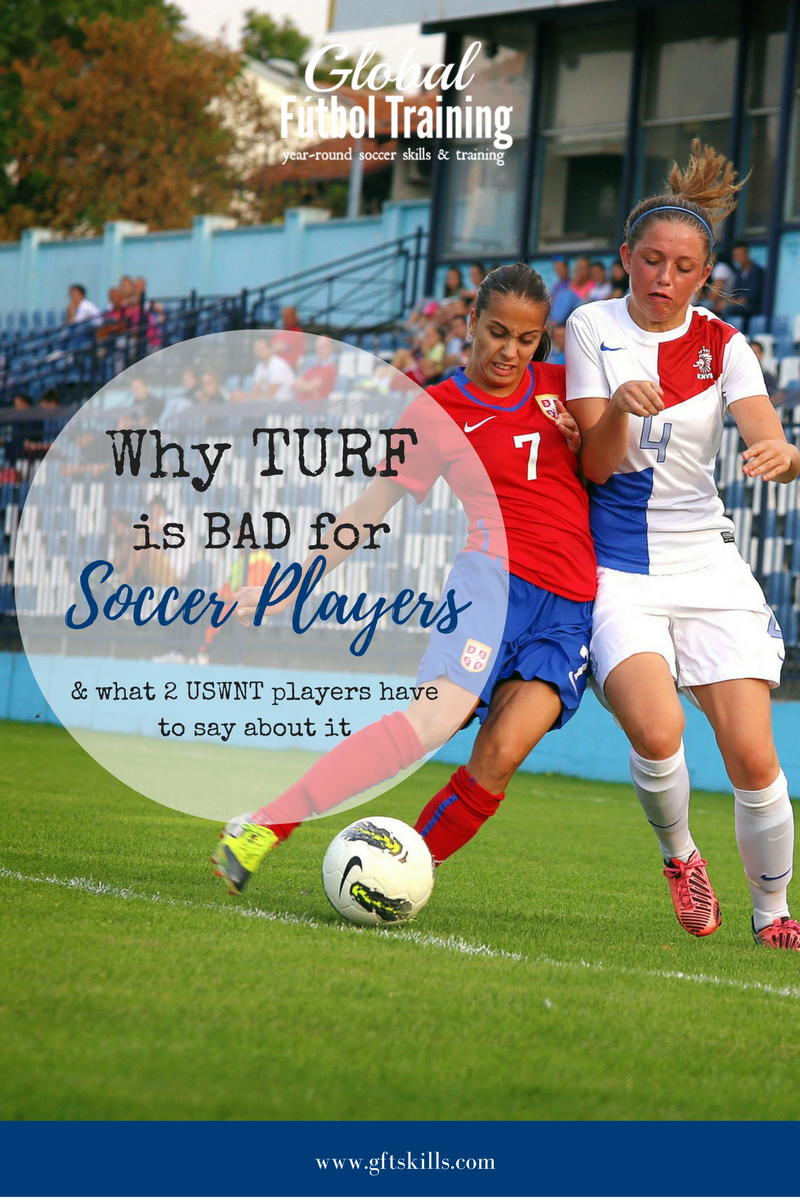 I remember between my 2 seasons with the Vancouver Whitecaps I was invited to play with the Dallas Sidekicks (indoor pro). Unfortunately, 1) I don’t like playing on turf because it’s bad for your knees 2) I had already committed to play my off-season in the Jamaican Premier League for Portmore United in the CONCACAF Club Championship Tournament.  This is the best 4 Mexican Clubs, 2 Best MLS Clubs, 3 best Central American Clubs and 1 Caribbean Club which was Portmore United.  3) More concerning that knee injuries is what scientist have found with cancer…  Why is this not talked about more?

The crushed rubber in turf is harmful to humans

More concerning to me than knee injuries is what’s happening with players long term health.

Not many people know this, but back in 2015 there were several media outlets [NBC] that showed the harm from “toxic fumes” – video.

The rubber comes from recycled tires…

One study showed how female goalkeepers were getting cancer…

Is this from them sliding and spending more time down on the turf? Some think they accidentally ingest the crushed rubber through the mouth.  It also gets in players eyes and possibly in the bloodstream from getting skin/turf burns.

The pressure turf puts on your body

So to stay fit as possible, I went to train with the Dallas Sidekicks a few days before heading down to the Jamaican Premier League. I remember how much the guys on the Sidekicks (indoor) complained about ankle and knee pain, and just how bad turf felt compared to grass.

Players who play on turf often will tell you they don’t like it.  The constant stopping and turning forces more pressure on the joints compared to natural grass.

Here is a pic of me after playing a game in Kingston, Jamaica.

In Jamaica I had to look mean because the fans would threaten me during the away games.  Even some home games the visiting fans would yell stuff.  Hey it’s part of the game, you just have to play along. 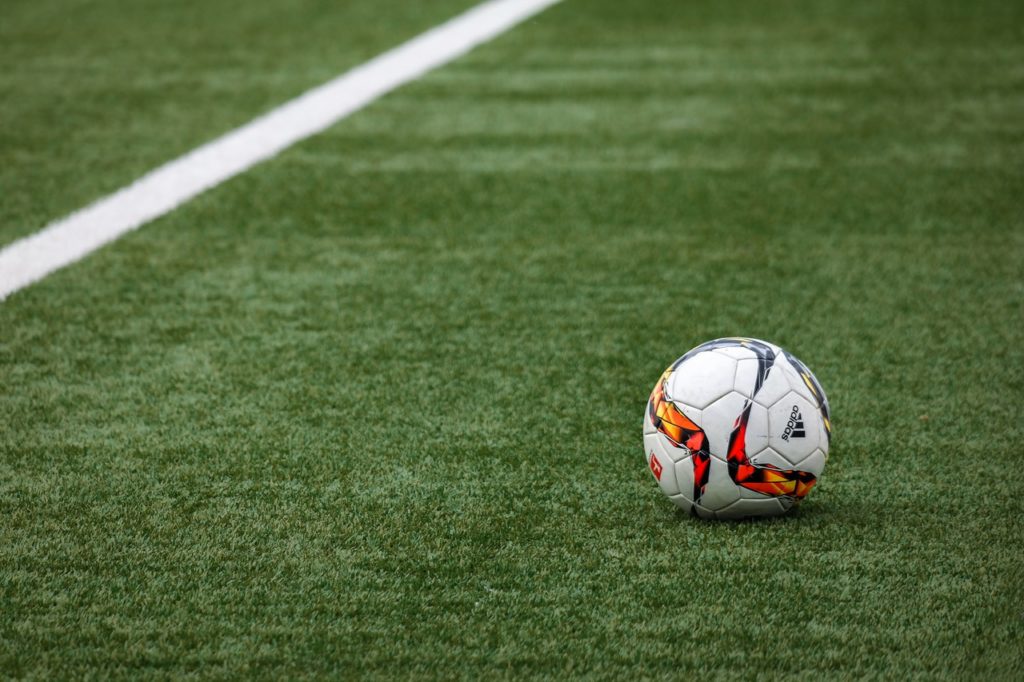 The main reason is the cutting and turning while playing soccer.

Think about the difference when you make a quick cut or turn on grass. You rip up the grass a little bit, which gives your knees and ankles extra give.

Even on some of the better turf fields you are going to not have the extra give.

Playing on turf week after week gives a lot of pounding on the joints.

If you are playing on turf often, maybe wear turf shoes instead of cleats.  This will help your joints get less wear and tear.

Most people use cleats, but that’s because they are following what the crowd does. There is no need to use cleats every single practice when playing on turf.

If it’s a game or it’s raining, use cleats but for practice play it safe and give your knees a rest.

Turf should be used for rainy days only

For soccer players, training and playing on turf should be for rainy days or a few weeks at a time or year.

For athletes who continue to train on turf for the purpose of building or conditioning their muscles, they will achieve their goals temporarily but are damaging their joints long term.

Also, Speed & Agility drills performed on turf are the same as playing in a game or practice.  The reason is because you are performing short fast ‘cuts’ and change of direction on a surface that allows for no give on your joints like natural grass gives.

Which soccer shoes/boots to use on turf

It depends on if the turf is the new longer turf with the ground up rubber and sand or if it’s the old school astro turf.

The old astro turf I would only wear indoor flats.

I recommend using turf shoes to practice and cleats for games.

Most players use cleats, but if your not getting paid to play soccer for a living, then just use the turf shoes.  Or mix it up.  Your knees will thank you!

If it’s raining [wet fields] use cleats over turfs.

Read this post on the  best types of soccer shoes.

The argument: To turf or not to turf?

While there are many advocates for turf use in the blogosphere, we encourage you to look at the source of the opinion.

Many turf ‘advocates’ have not played the game beyond the most basic levels of play.  Their gift is the analysis or science and reasoning behind the decision.

That being said, athletes who must compete and desire longevity are fighting the advocacy of turf. Their bodies tell them that regardless of their muscular development or style of play, the long-term effects of turf [or any hard-court use over the long term] can be devastating in terms of injuries, recovery, and career length expectations.

I remember watching a game in Seattle, Manchester United [England] vs Celtic [Scotland].  They laid out natural grass over the turf at Seahawks Stadium. Same with every FIFA International game played in the U.S. Except when it comes to soccer in American leagues [MLS / USL].

Thousands of dollars on natural grass for a single game

Notice when international soccer teams come to play at Dallas Cowboys or Seahawks Stadiums they lay out natural grass for just the one game.

All because the high profile players don’t want to play on turf.

If it weren’t a big deal, they wouldn’t spend thousands of dollars to lay out natural grass on an already ‘good’ turf field.

Is it fair for these players to get to play on natural grass 100% of the time? The Women’s pro league has to play on turf all season long, and they say FIFA doesn’t care.

You have to understand it’s money and higher profile players that drive this.

It’s a problem in America, more than most futbol nations.

Even in the MLS the men play games on turf. Seattle, Portland, Toronto just to name a few, so it’s not like FIFA is against Women.

Read what US Soccer star  Alex Morgan says about why turf is bad for soccer players.

Julie Foudy: “FIFA does not care…”

Sydney Leroux: “I feel like we are in an uphill battle with FIFA.”

What the studies show about turf

Some studies show that more players injure their knees on grass than turf.  That’s because more players play on grass, so of course there are going to be more injuries.

On the contrary, researchers from UH University Hospitals show that more athletes are getting injured on artificial turf.

If you have a choice – grass or turf

You have to do your best at controlling the issue. If you don’t have to train or play on turf, don’t do it.

In some cases, athletes won’t have a choice because their school or club team only has turf to play on. 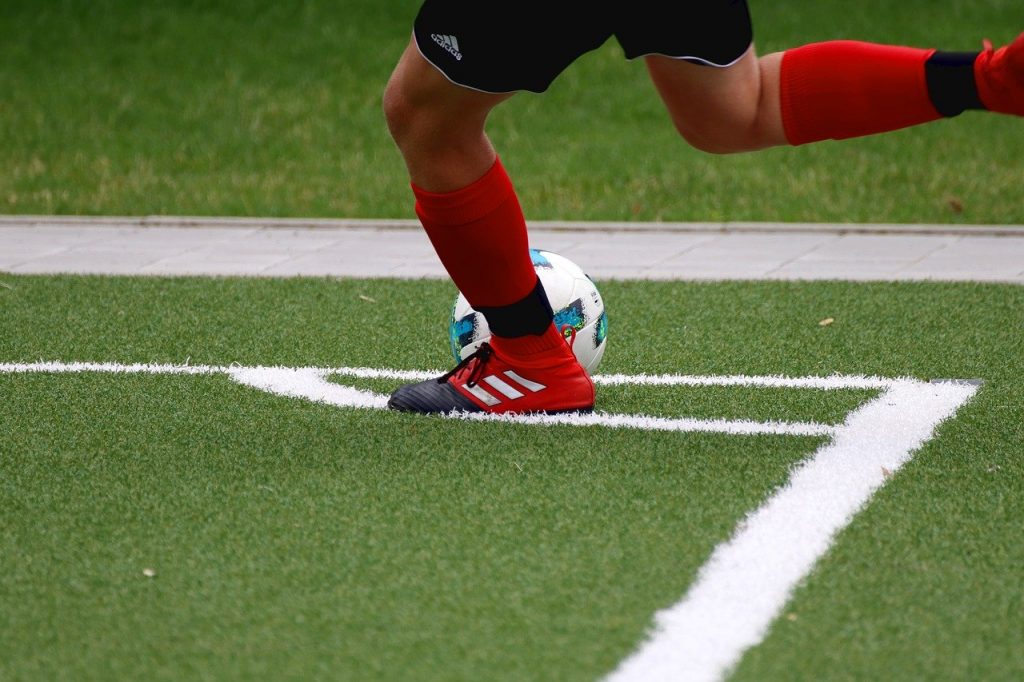 The business side of it

Not many people know or are going to tell you that turf is bad for soccer players.

The reason schools and businesses use it is because it’s cheaper and easier in the long run.  With grass, you have to water, seed, treat and mow. Some complexes pay up to 10-30K per year for water and gas.

Don’t you think we should put health first?

In conclusion, there are going to be times where you have to play on turf, but if you can help it try to choose a team who plays on grass.

Using sand instead of rubber is another option.  Most use both, but I personally only use sand at my indoor training studio.