I have always been a fan of German Shepard’s, but after playing with my neighbors dog I found out why German’s are good at soccer.

Even their dogs play tough defense!

Just kidding, but hey I wanted to write something funny I deal with naming my dog after a German soccer club. This dog in the video is actually my next door neighbors dog, who is a trained service dog. This was one of his last weeks or months of life as he got really sick somehow. The dogs name was Gabriel and he was a cool dog. My wife and I even got out own German Shepard because we like that kind of dog and we thought it would be cool for them to both have a playmate. Plus I have 2 daughters, so I need extra protection around the house. Check out Gabriel’s aggressive defense in this video.

My own GS rescue: Bayern

One day I was walking my new German Shepard ‘Bayern’ when a neighbor asked to pet him. The neighbor asked his name and when I told her ‘Bayern’ she asked what that means. I told her he is named after a German soccer club ‘Bayern Munich’ and that Bayern is a State in Germany like Texas is in America. 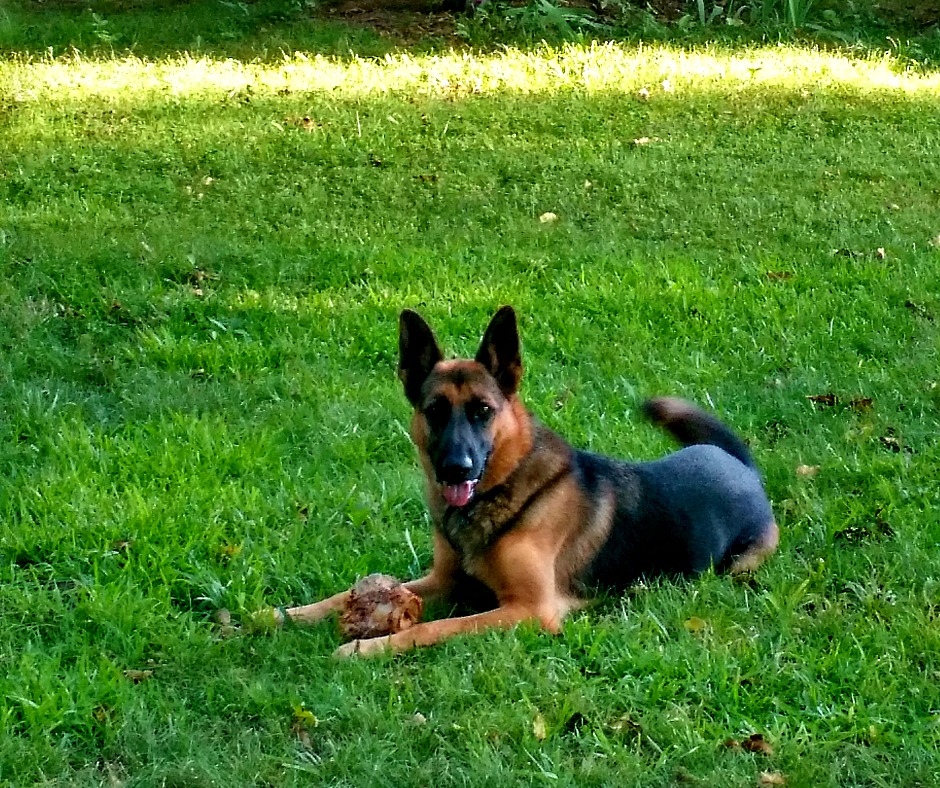