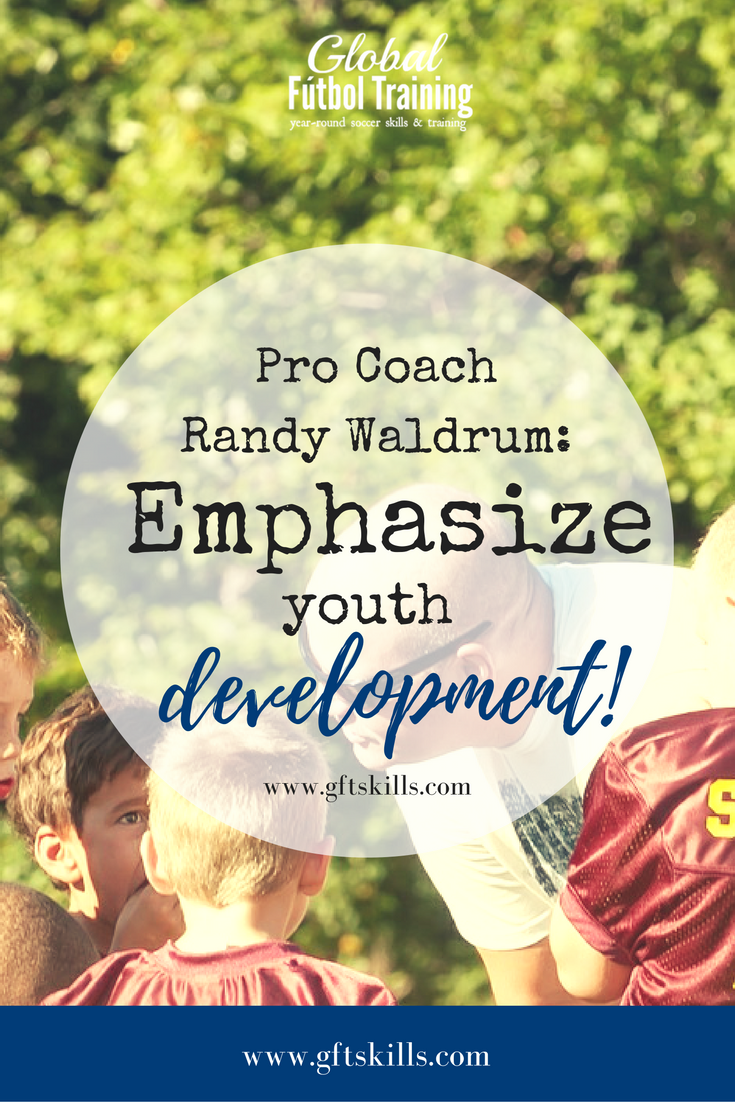 I am honored to introduce our guest blogger today.  The topic is on youth development.  NOT that he requires any introduction. Coach Randy Waldrum is one of the great leaders in American Soccer. I have been around first-class coaches and players and this guy is at the top of the list. While his resume both as a player & coach is beyond impressive, the most impressive is his humility & passion. With experience in youth, college and pro soccer, it helps to hear his opinions. He also approaches others as valuable individuals. Randy is genuine – as a professional and as a human being. I hope that you all enjoy his words of wisdom & take care to remember them. Finally – follow him on Twitter [@CoachWaldrum]

In over 25 years of college coaching a couple of problems continually surfaced with young players as they entered into the college arena.

It’s my belief that these problems are directly related to the setup and structure of our youth programs today.

In our current landscape there is so much emphasis placed on winning.  Therefore, our young players are being robbed of the opportunity to be trained properly.

Instead of working on technique and developing the basic skill sets needed to survive at the collegiate level and beyond, coaches are simply finding players that are athletic.

The emphasis is on bigger, faster, and stronger instead of developing that skillful creative young player that our country is missing today.

Most of the coaches now are under pressure to win, so this is the easiest way to have success. Therefore, players are not being developed for the long term, and they are so much more direct in their play to impose this athleticism.

I watched one of the top youth girls clubs in Texas this past weekend.  It was so disappointed to see.  In spite of having 4 really talented players surrounded by a group of solid support, this team couldn’t do anything other than lump the ball forward and hope to outrun the opponent.

Having said this, I also watched a boy’s academy game involving FC Dallas.  I was extremely impressed by the way this team played. Every player was technically sound, they were very well organized.  The ability to possess when needed, to counter when needed, and overall tactical acumen was outstanding. 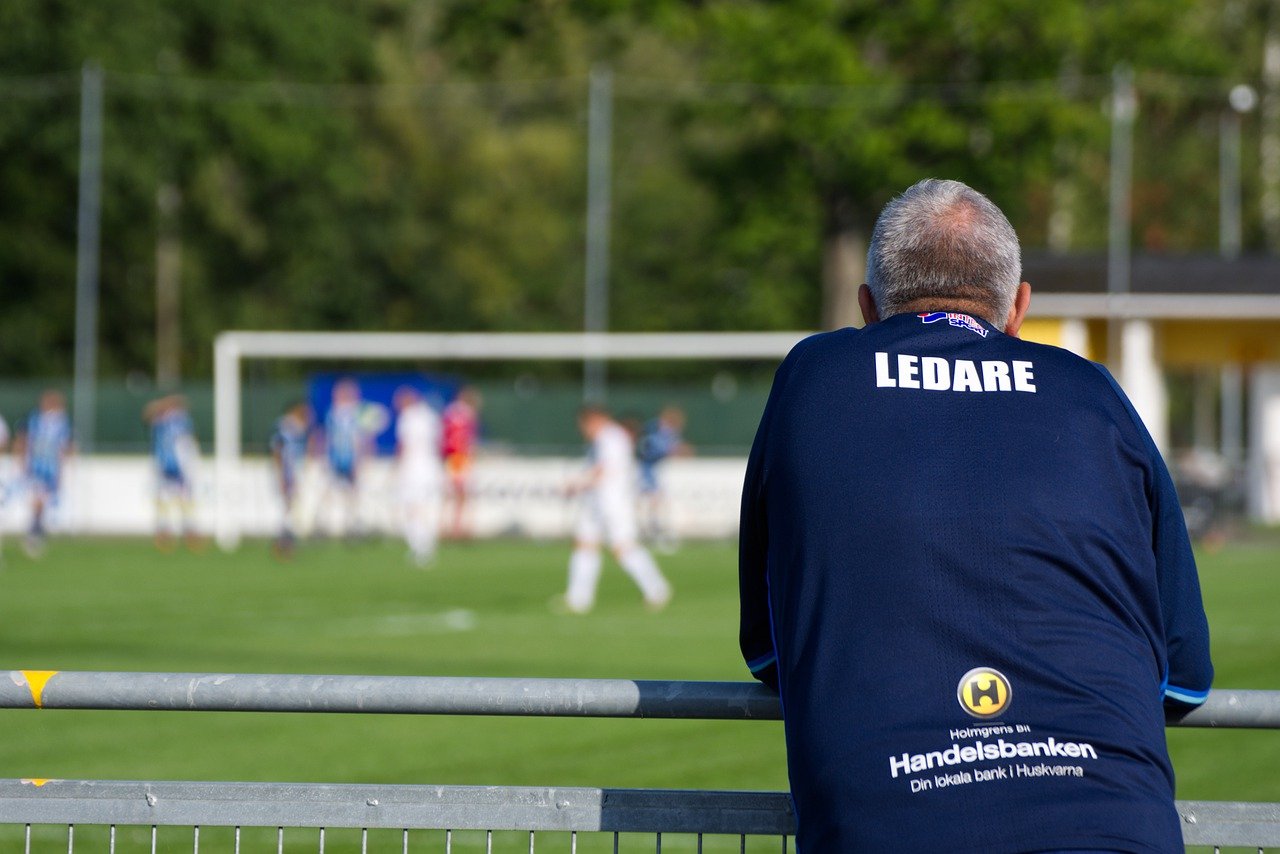 While coaching at Notre Dame, one of the premier college programs in the country, I found that so many of the players were not comfortable enough with the ball under pressure. That they had difficulty in solving problems when up against great competition.

In other words, they were not prepared technically to deal with the lack of time and space that they had in the collegiate game.

The better the competition and the higher the level that one plays, the time and space that you have to perform in becomes less and less. Therefore, you need to possess a very high level of technique (skill) in order to solve the pressure that comes at this level.

The difference between the really top players compared to the good players is the ability to play under this pressure of time and space.

In other words, they are better equipped technically to handle this pressure.

Emphasis should be developing all the skill sets

Unfortunately as coaches we are not doing a good enough job at the youth level in developing the skills necessary to play at the next levels. This is where I believe we emphasize winning too much at the young levels.

Our emphasis should be on the player and developing that player in all the skill sets necessary to play at the next level.

Dribbling, passing, receiving and turning, shooting, heading, tackling are many of the skills that need to be taught.  But instead we bypass the time necessary to hone in on these skills. Instead we simply try to find the best athletes who can help us win now.

Secondly as a college coach I felt that the tactical knowledge of the players were lacking as well. I was often amazed at how little some of our players actually knew with regards to simple defending concepts.  Or how naive they were about their movements in attack. These things should be taught at the older youth levels, and I just don’t think they are being taught.

Again, in our youth setup if coaches don’t win they get replaced. So why do they need to work on these areas when they can simply go find a couple of special athletes that will help them win games now. That is what we’ve come to accept in the youth game.  It’s a huge problem for the players and their ability to play at the next level.

Many factors that could be blamed

The system as it is today is the problem, and I don’t think it’s going to change anytime soon.

There are many factors that could be blamed from not having the resources or the facilities. To coaches who aren’t developing players, to parents who don’t understand.  They push to win instead of develop. Last, to administrators who get in the way because they don’t want to give up their perceived power.

In the end we are all responsible to the growth and betterment of the game. 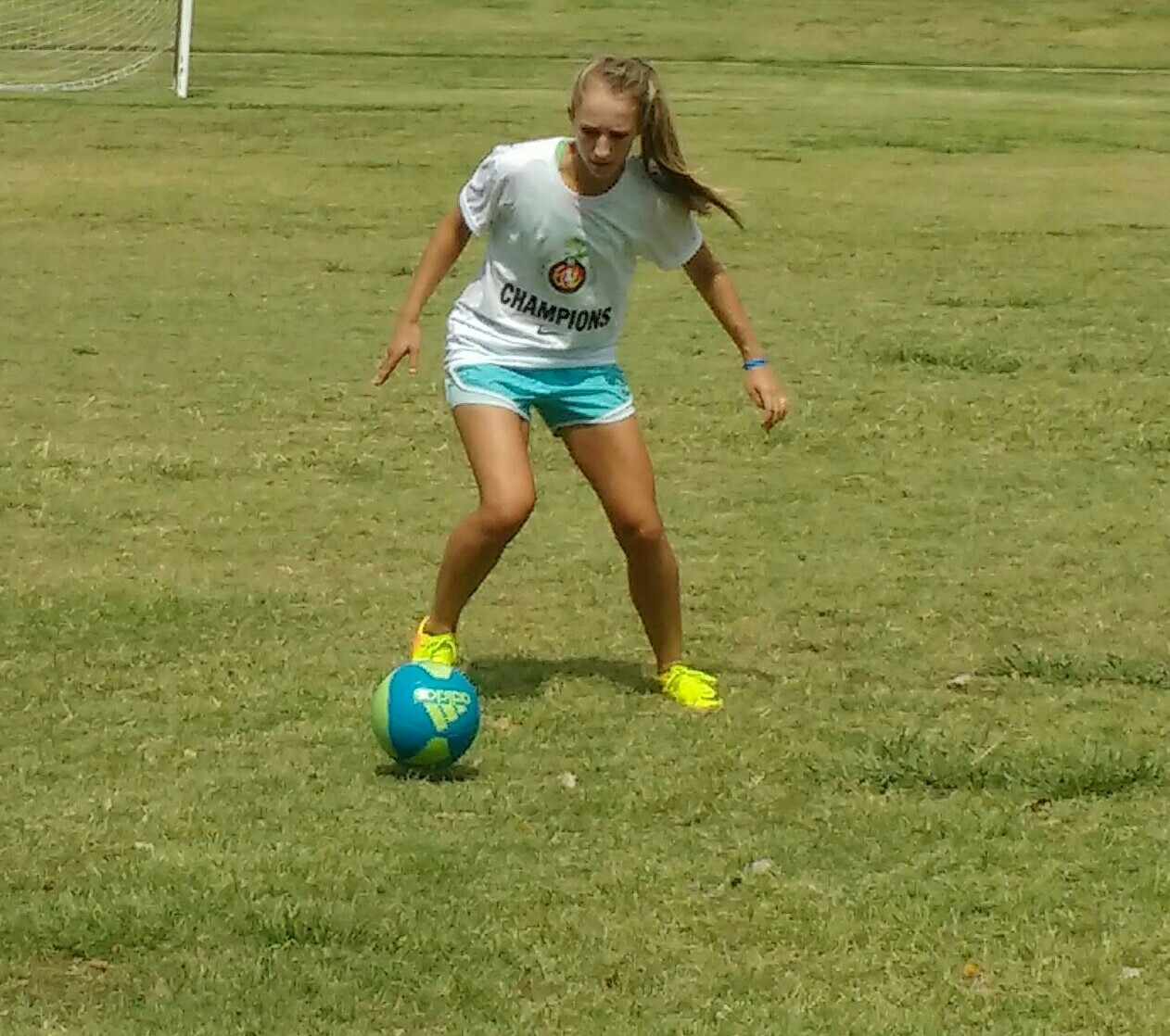 My experience so far in the pro game has been similar. Just like in the college game where there is a big jump from the youth to college game, there is an equally large jump from college to the pros. Those same technical problems exist, and therefore good college players are ill equipped to become pros. Only the very top college players make it at our level now, so the group to choose from becomes very small.

We obviously spend much more time on the tactics of the game at my level now.  If the players aren’t technically excellent, they cannot survive. The speed of the pro game is so fast that one has very little time and space to operate.

The two things that I’ve touched on the most so far are first and foremost technique, and secondly tactics. However, our older youth players can also help themselves out as they prepare for college and beyond by developing other areas as well.

Pay attention to your nutrition and rest. These components are very important to a player, especially as they are things one can control.

We now know so much more about sports science. To the importance of fueling before and recovering after competition.

Strength and conditioning are a huge part of the modern game. So again control the things that you can control.

The other big difference in the pro game is that our players spend so much more time individually studying video. In addition to the video we do as a team or as a group, our players spend their own time as well continually analyzing their game and their opponents game. Knowing that their jobs depend on it, they pay very close attention to their nutrition and to their fitness level. I think most college players still do not do this nearly enough.

Players now are better than 20 years ago

Even though most of what I’ve spoken about today is with regards to things that I feel we need to change or improve upon in our game.  I must add that the players today are so much better than they were 20 years ago.

Our game continues to evolve and get better. Our players are exposed to so much more than I was as a youth player, and therefore we have so many good players out there now.

We continue to develop better players. We now need to find ways to encourage development of those players who can become “special”.  Until we truly start to emphasize “youth development” over winning, we will continue to fall behind the rest of the world.

Advice for any young player on youth development

My advice for any young player and their parents would be to find that coach that truly is invested in player development. Someone who puts time in teaching the player as opposed to just winning games.

Winning U-12 championships will be far less important in the long run than developing a player who can be successful throughout the rest of their playing career.

So do your homework and investigate the coach and his/her philosophy before you commit to a team. 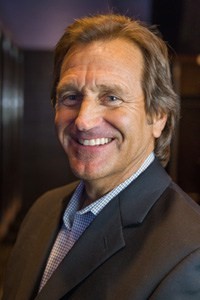