Movement off the ball is not talked about enough.  You can teach/ learn it at every age, but know it takes time and practice.  Communication from coaches to players, along with getting put in the situations is important.  Every position needs to stay moving in all the different situations that present themselves. 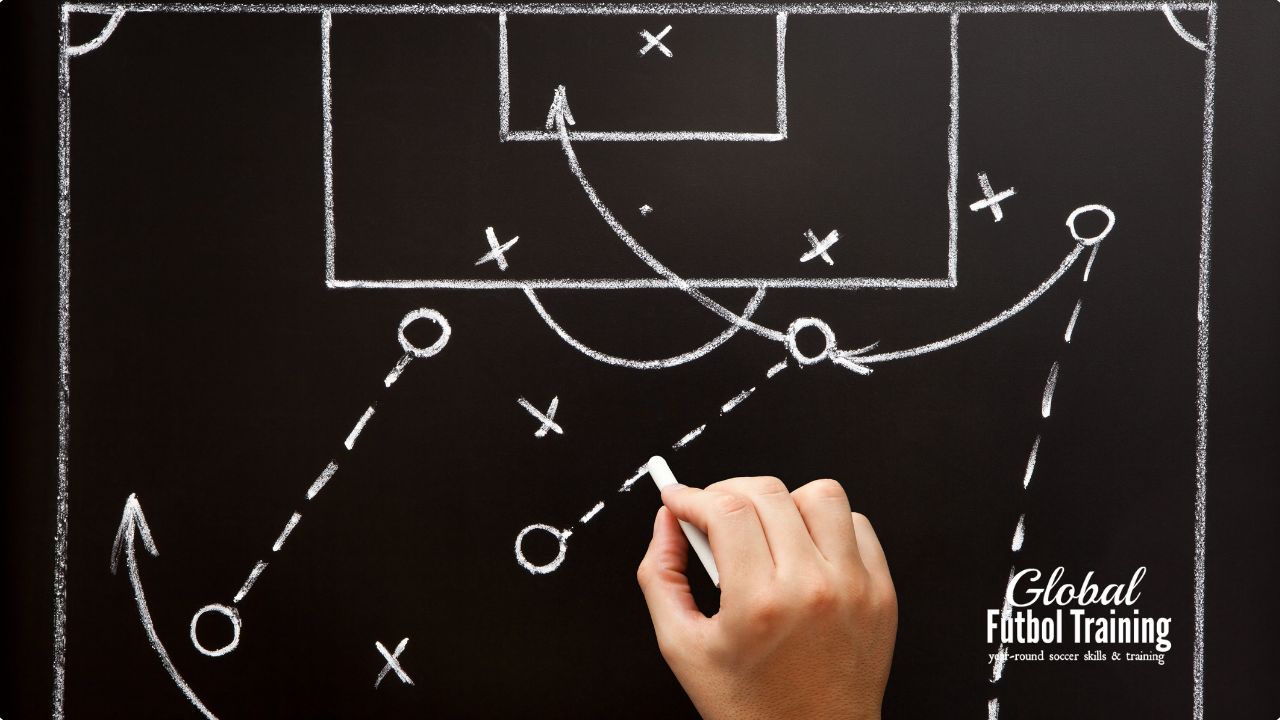 What is movement off the ball?

Movement off the ball is players on offense getting open and creating better situations for teammates.

The players don’t have to cover a ton of field… Sometimes the movement is just 2-3 yards, other times it’s 10-20 yards.

Not only do you move to get the ball, but also to create space for your teammates by drawing a defender closer to you.

You don’t only want to move to get open, but to spread out the other team allowing more space for your teammates.

2 Examples:  If a center back gets the ball and the outside mids are in the middle of the field there are two bad things going on here…

Watch the pro players movement off the ball

Watch the pros and notice how not one player is every standing, about 1/2 are walking, 1/4 jogging and the other 1/4 running or sprinting.

What’s interesting to me is the ones walking and nobody standing.

Then watch a youth game and you’ll see many standing. 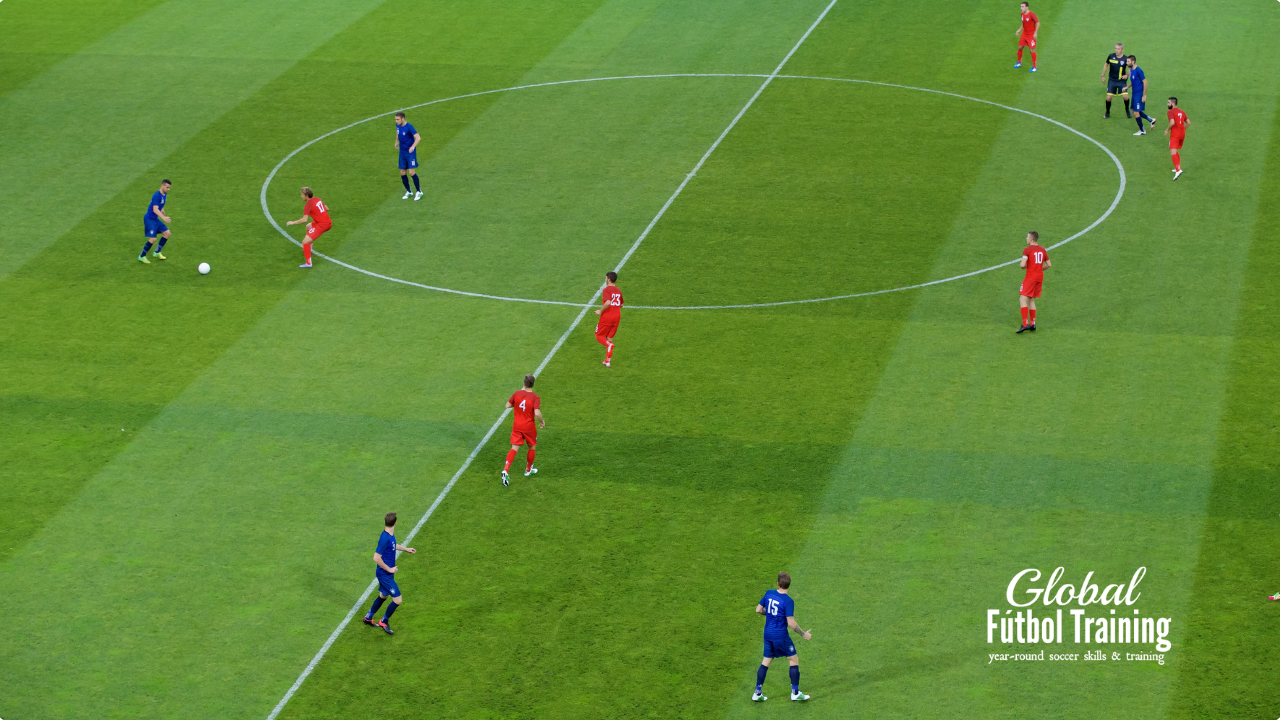 Learn from one of the best football managers – Bielsa

Marcelo Bielsa is by far one of the best managers [coaches] in the world.

Watch this video to learn how he thinks and explains movement off the ball for different positions.

The greatest coaches in today’s game admit they love learning from Bielsa.  I do the same.

Importance of timing your movement

You can move off the ball all game long, but if the timing is bad it’s useless.

The runs need to be subtle and disguised.  Just like in poker, [even though I don’t play] you have to hide your face and body language.  Meaning this:  Make a slow or quick movement [1-10 yards] the opposite way you want the ball, then at the right time make a run where you want the ball.

You have to know your teammates though… If you make these movements when a teammate who can’t pass well or doesn’t have good field vision, it probably won’t work.

You can teach your mates though…  Be a leader, and have patience with them.  You can make a difference.

How the forwards can get open

Forwards can do many things to get open and create space for teammates!

A lot of it depends on where the ball is, but let’s talk about some ways they can move off the ball in most situations.

One of the hardest things for your opponents defenders is when the center mids and forwards briefly change positions.

Example:  If the forward drops into the midfield it draws the attention of the defender and sometimes they follow them.

While the forwards drops into the mid, one of the mids can make a run off the ball up front.

Brief position changes confuse your opponents and draws them out of position.  The hope is it gives your team more chances to keep possession and score. 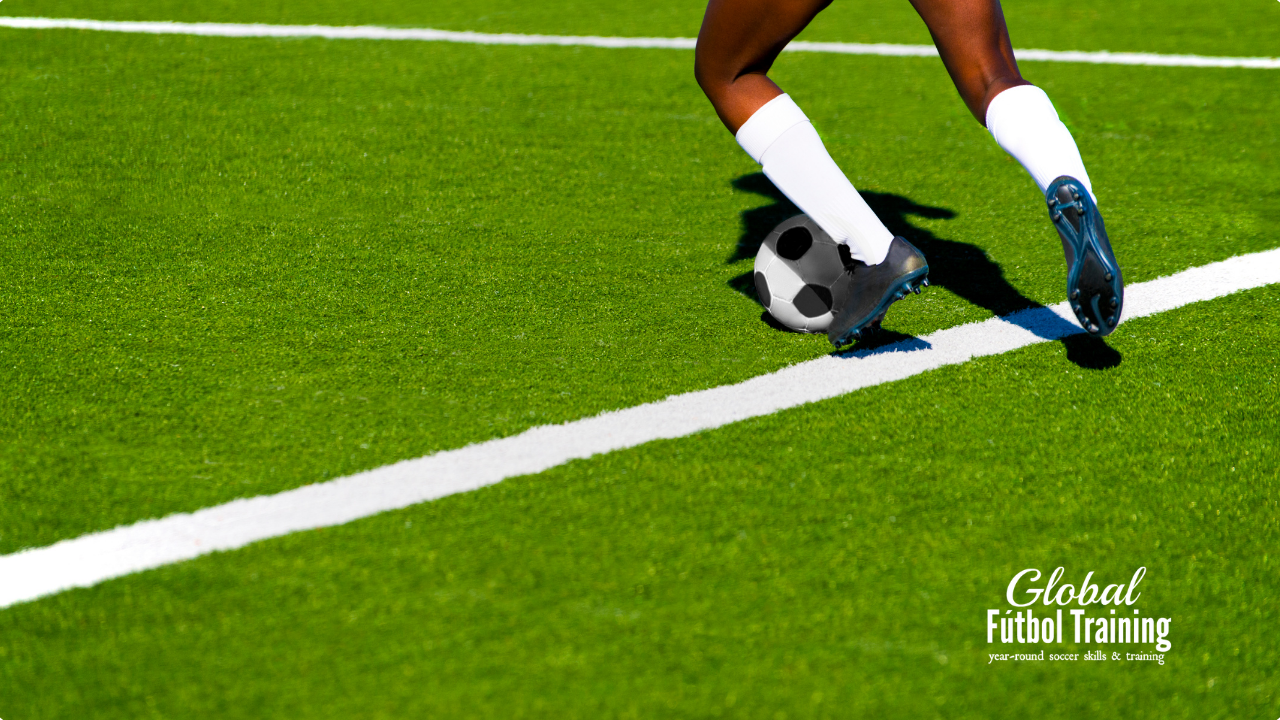 Midfielders movement off the ball

Mids have to run more than every position because they have to get up and down the field.

Outside mids need to do a lot of back pedaling and checking away to get open.  They also have to make runs up when the ball is on the opposite side, so they can receive the cross and score a goal.

Center mids roam up, down and side to side.  Their position is probably most confusing for players because you have people all around you.

When your own defenders have the ball, the CM needs to check to to allow for a short pass.  The CM checking in brings a defender [opponent] with them giving more space for a long pass up to the forward.

So again, movement off the ball is not only to get the ball, but to move your opponents allowing your teammates more time and space.

Defenders opening up to receive a pass

The reason center backs need to ‘drop off’ is so that your teammate has an option to play up, to the side and back.  This is how you keep possession.

Outside backs are similar to outside mids, where you have to get wide.

Getting wide spreads the team out and brings defenders to you, which gives your center mids more space in the middle.

When there is more space in the middle you can do so much.  Dribble up or pass the ball wide to either side.