Most passes are or should be shorter 7 – 10 yard passes.  If the passes are mostly long, we have to ask ourselves are we playing “kick ball” or are we trying to possess and keep the ball?  If a team is positioned and moving well, there should be players open most of the time.  And if the player isn’t open, you can still pass your teammate the ball.  One of the biggest differences when I went from high school to college to pro was players able to handle the ball under pressure.

Your attitude and knowledge is vital IF YOU WANT TO KEEP IMPROVING.  So before you think EVERY drill has to be difficult to improve, know that even the best pros work on the fundamentals a lot.   When working on the basics you can do two things.  1) practice when you are fresh 2) practice when you are fatigued.  Maybe you do some sprints before you do your fundamental passing drills.  It’s one thing to pass the ball great when you’re fresh, it’s another when tired.  Always remember to warm up and stretch good before you start sprinting or training heavy. 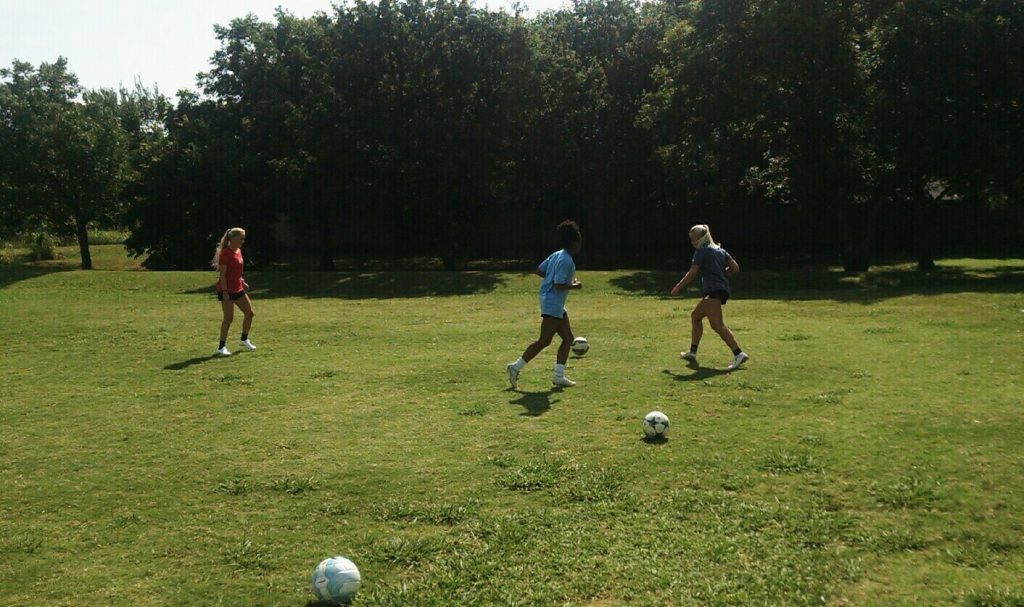 When passing long using only one touch, I think of a defender clearing the ball out.  Second I think of a outside mid or back crossing the ball in for a cross.   To do this it really helps if you know how to kick properly with your laces and bend the ball.  The reason is because sometimes the ball will be too close to you, not always in that perfect place to pass how you want.  If you know both of these ways to pass you’ll be able to have more accuracy.

It’s important for a soccer player to think smart and have a purpose when passing (kicking).  There’s a great quote by I believe Johan Cruyff that says “Have a thought behind every pass.”  This should be true in your training sessions and games. 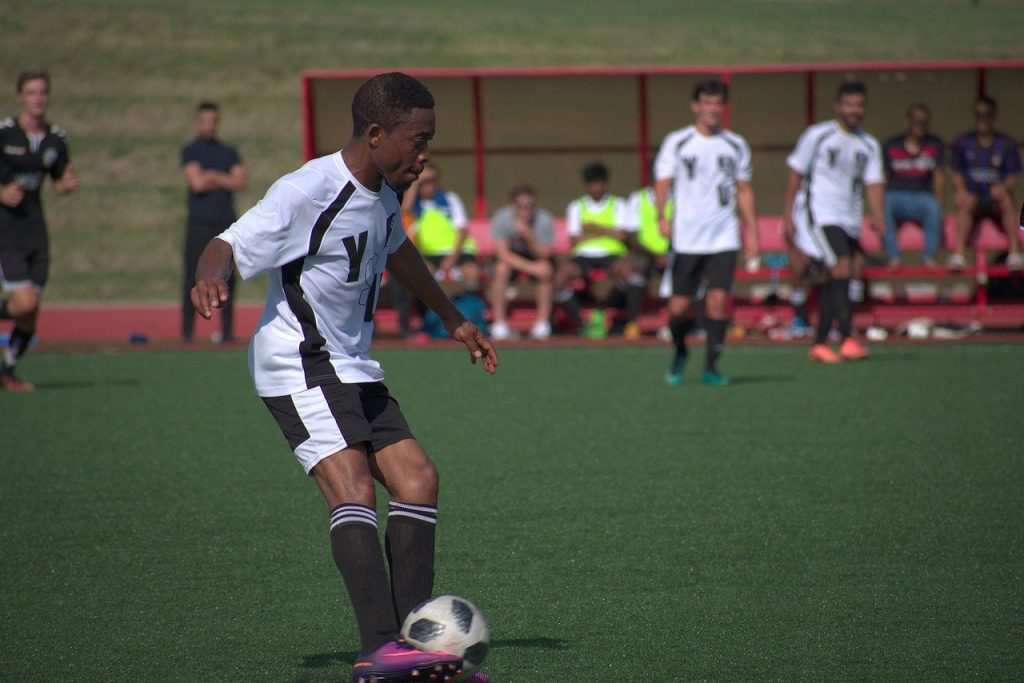 5 thoughts when passing the football (aka soccer ball)

It’s one thing to work on passing with stationary methods, which is great for all ages, but players also need movement.  This particular drill below, I made up a few hours before my session with this college group.  I’ve known all these players since they were 9-11 years old, so I wanted something fresh for their minds.

The key to improving fast is having all the players doing something MOST of the time.   There does need to be a few seconds for them to recover from the running, passing and shooting.  So in the video below you’ll see 3 players working on short one touch passes, ending with a shot on goal.  Players have to be good using both feet and able to react quickly.

Knowing the weight of your pass

Soft passes give a player receiving the ball 3 main things. 1) time to look up 2) ability to prepare to pass or shoot with more power 3) have more time to decide what to do with the ball.  Hard (heavy weight) passes are going to be good for getting the ball quickly to a player who would probably need to trap the ball or lay a ball or or even flick a ball on. 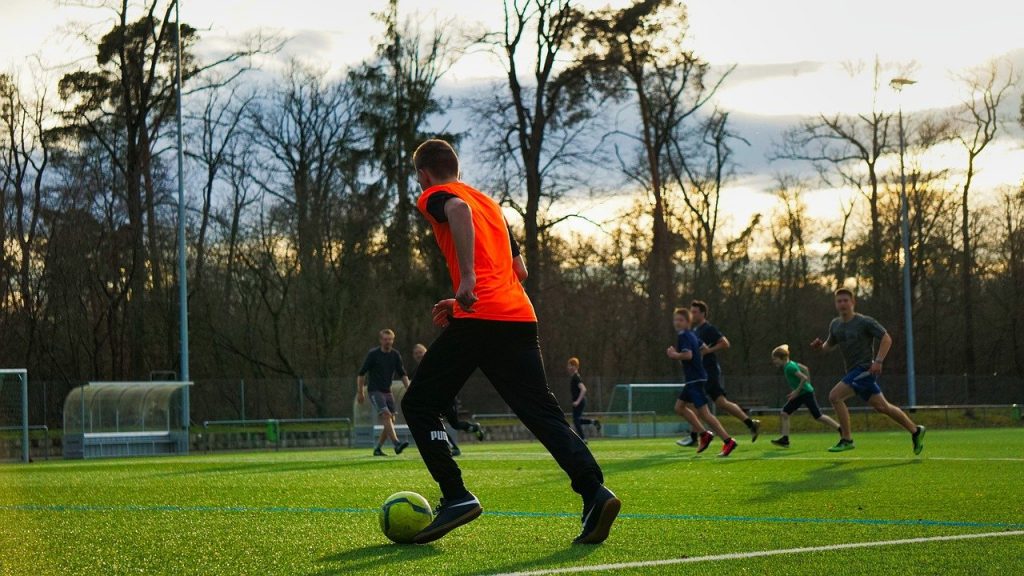 Rondos is really a fancy name for the good old game of monkey in the middle.  This is a great way to improve first touch passing. You can have 1-3 defenders trying to steal the ball from 7-12 attacking players.  This is usually done in a grid where most of the players are stationary.  Most of the passes are 1 touch, but you can adapt it so many ways.

Other ways you can do rondos are using 2 – 4 grids which cause players to think more.  You can also put an attacking player in the middle for an outlet.

Players who work on their own at home are the ones who usually keep improving and have better skill.  One of the best ways to improve on your own is passing against a wall.  If you don’t have a wall in or around the house, get a rebounder.  You don’t need much space.  Even if you have 5 yards of space that will do.

If you’re a coach and wanting to start your own training business, check out my other business Elite Sports Business Academy which I started with my wife in 2018 online.  Since 2014 we’ve helped people start and grow their businesses in person, but it got to where we didn’t have time to help everyone.   With Elite Sports Business Academy you can learn mostly online, but still have the ability to reach out to us or our team.  We have contributors who give insight in the courses, who are a lawyer, attorney, social media guru’s, finance expert, launch coach, podcast expert and life coach.

Find out what soccer players, parents and coaches are asking the most + get the answers!
SUBSCRIBE TO NEWSLETTER
« Soccer agility ladder drills for all ages
High press defensive tactics in soccer »