When it comes to soccer, many think of skills or scoring goals.  Just as important is your defensive stance and positioning!  We can score tons of goals, but if we can’t defend what’s the point.  Whether you’re a actual defender or a forward, you need to know these tips on defensive stance and how to get into the best position.  Younger youth players ages 5, 6 and 7 years old typically have high scoring games.  The main reason is because they don’t yet know how to defend individually or as a team.  Below you’ll learn the best ways to defend in 1 on 1 situations.  Older players ages 14 – 17 really need to know these tips because these scores are lower, meaning that every 1on1 battle matters.

Bend your knees for a good defensive stance

Before I retired from playing pro soccer I was coaching during my offseason in California.  During this time I helped coach camps at Stanford University.  One of the coaches was teaching the kids to get into their “surfer position” when defending.  Meaning to bend the knees with a wide stance and have your arms out for balance like someone on a surfboard.  I loved this for the kids! 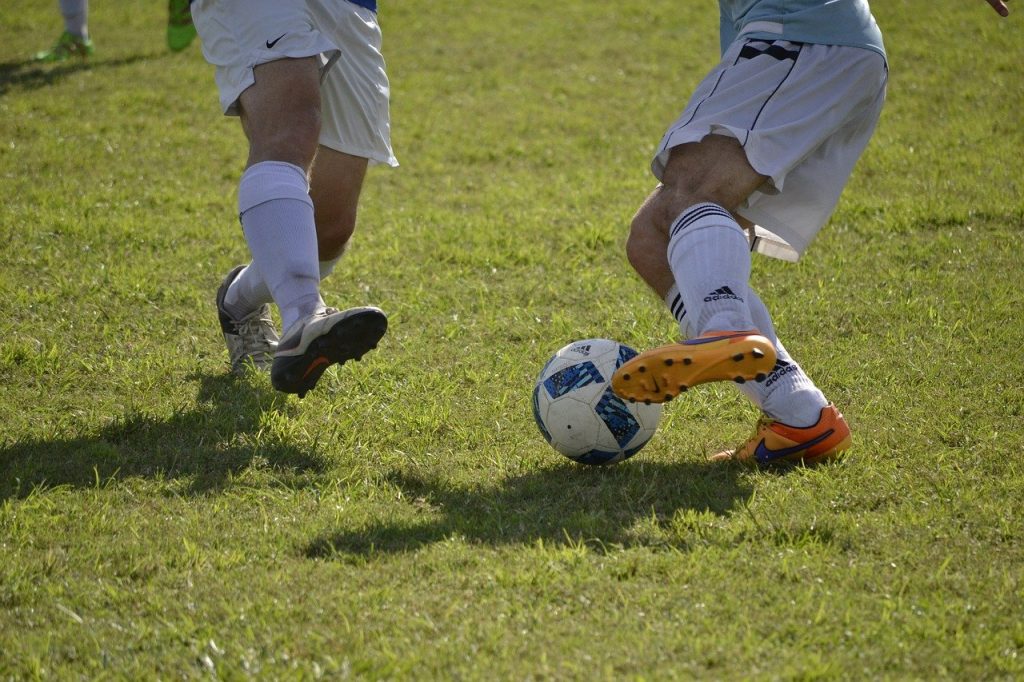 Learn not to dive in

To dive in is to lunge at the ball without timing your tackle.  It’s usually a “I hope I get the ball” type of movement.  Most of the times players dive in, they get beat off the dribble.

In this video of high school players you can see defenders doing a mix of stepping, breaking down, keeping their feet moving, forcing the player one way and some are diving in.

How to keep your feet moving when defending 1 on 1

Depending on the situation, sometimes you will need to take smaller steps and other times a bit larger.  If a defender is dribbling at you while you are moving back, you should take smaller steps.  These steps should keep your feet low to the ground so that when you need to change direction or speed you can do so right away.

If an attacking player is dribbling at you with speed from a further distance, you need to start moving (almost running) back.  In this situation you will position your body almost sideways so that you force the attacking player a certain way.  What this does is keep you from getting beat due to the attacking player dribbling at you with speed they have built up.  Once the player with the ball gets closer to you try and use your arms to slow them down as they try to dribble past you.  There will be times you don’t have this option, but know you can use your arms if able.

I learned this from two former NFL (National Football League) American football players who now own a speed training company.  They both played defensive back (cornerbacks) who mark/cover the wide receivers.  Both of these positions are usually the fastest players on the field.  The wide receivers movements are mostly forwards, while the cornerbacks use lots of backpedal movements, turning to run “sideways” and then running forwards.  I’d say cornerbacks are the best athletes because they have to react and keep up with opponents who are also very fast.

Know when to step to the ball

Knowing when to step to the ball is vital for every player position.  Learn more how to step and cover here.

Before you get into your defensive stance, you need to step to the ball.  The time to step is when the ball is traveling to your opponent.

When you start to break down isn’t necessarily a distance thing.  Yes, it would be great to get 3 feet from the attacking player, but you can’t always do that.  You should start to break down once the player receiving the ball gains control.  If they don’t control the ball and instead have a bad first touch, keep stepping to apply pressure.  If you can win the ball do it.  Just don’t dive in.  Make sure your confident you can win the ball if you go in for the tackle.  If not keep your feet moving until there’s a better time to go in for the tackle. 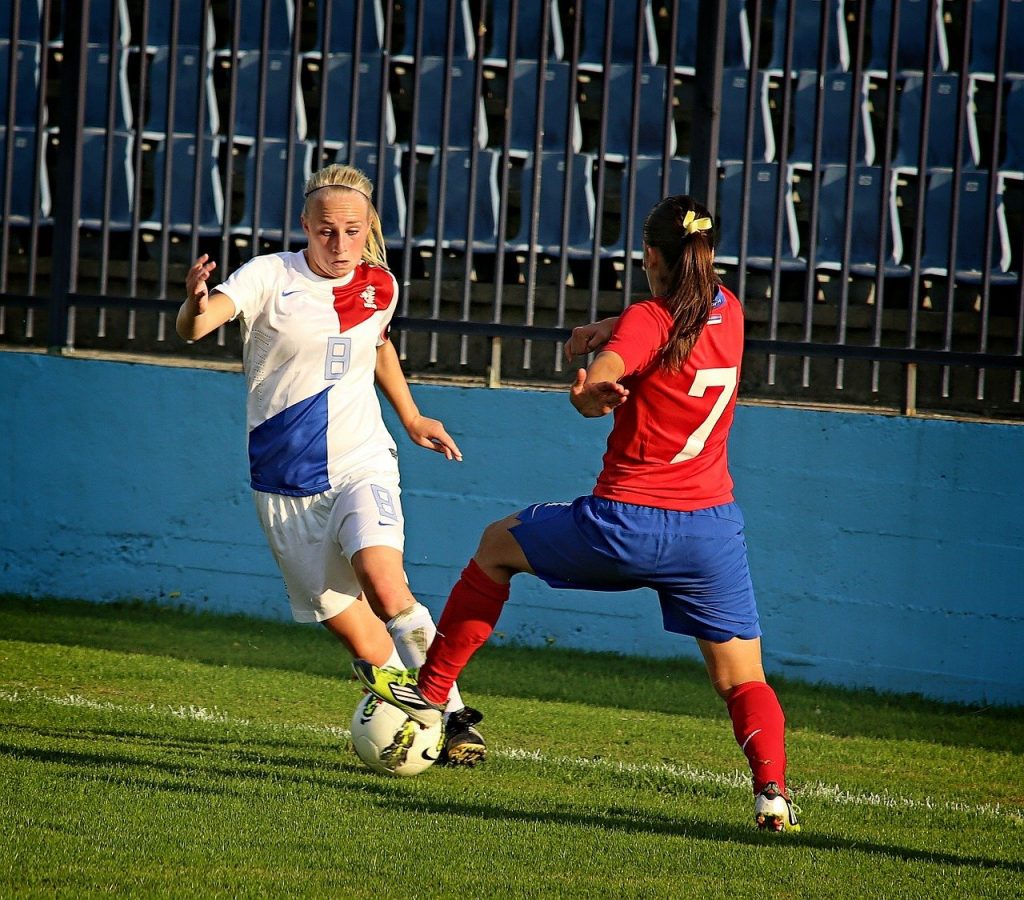 Force the player with the ball one way

Players usually learn how to get into a good defensive stance before knowing how to position themselves.  Position yourself so that you force the player in possession one way.  By doing this you need to make it obvious where you want them to dribble or pass.

Not all right footed players like to go right, so you need to learn each opponents tendencies early.  Most players are best at going on way.  If you play defense it’s best that you don’t allow the forward to get a shot off with their strong foot.  But you also need to know what part of the field you are in.  It’s usually better to force the player wide (away from the goal).  Then again so forwards are really good at shooting from different parts of the field, so for some, you’ll need to just keep them on their weaker foot.

How to jockey once in a defensive stance

Going to the ball is important yes, but there are also times you have to do the opposite.  Jockeying is keeping your feet moving and going side to side or backwards a little.  It’s almost like a shuffle. What this does is slow the opponent with the ball up, giving your teammate time to double team or support you.

Another reason you will want to “jockey” is to wait for the player with the ball to take a big touch.  Once your opponent take that big touch, this could be the time you choose to steal/win the ball.  The best time to choose is immediately after they take the touch.  If you wait too long the other player can take another touch past or away from you. 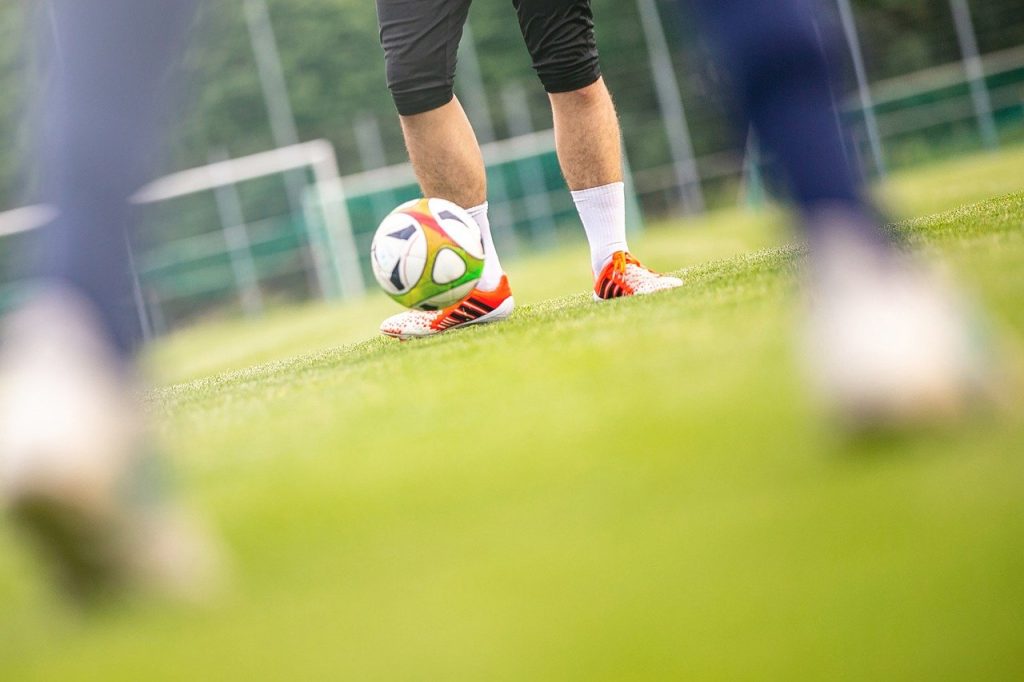